Interview with Lynn Cohick on Ephesians

Check out this insightful interview on her new Ephesians commentary—and make sure to buy it while supplies last!

If you are like me, you have a great admiration for the NICNT series. Are there some standouts from the past for you? Volumes that were formative for you as a student or early career scholar?

I have always relied on the NICNT volumes for their up-to-date scholarship and focus on historical and literary settings. The standout volume for me is Gordon Fee’s 1 Corinthians; I used it as a textbook for several years when teaching a class on 1 Corinthians. Fee’s clear communication style allowed students to follow his arguments, and his pastoral heart also came through.  Joel Green’s Gospel of Luke and R. T. France’s Gospel of Matthew were also incredibly helpful.

I’m one of those people who thinks Paul wrote his letters to help solve problems, hence his letters are “words on target.” But some scholars argue Ephesians is more of a homily or theological meditation. What conclusions did you come to on this?

Your perceptive question points to the purpose of Ephesians. With Galatians or 1 Corinthians, we have a pretty good idea about the pressing problems. But Ephesians is closer to Romans, with Paul’s wide-lens approach to the church’s spiritual health and community well-being. Paul addresses redemption by the Father, Son and Holy Spirit in two major ways: by noting forgiveness of sins for every believer, and by emphasizing believers as Christ’s body, one new humanity in him. Believers share in God’s redemption in part by being seated with Christ in the heavens, and by being filled with the Holy Spirit in fellowship. While these are rich, deep theological topics, they are also fundamental to personal and community identity, and should shape how believers relate to the wider world.

One of the ways Paul connects these issues is to stress a cosmic view of reality, that the present age is ruled by the “ruler of the kingdom of the air” (2:2, NIV11), and thus believers should put on the armor of God (6:11–12, NIV11). Another way he brings contemporary problems and theology together is to emphasize that believers are “in Christ,” for that links their present circumstances with their eternal destiny secure in the risen Christ. Finally, Paul’s prayers for the community communicate his care for them, and support his call to holy living. By offering a theological frame for God’s redemptive plan, Paul equips believers to make daily decisions about what holy living looks like in their environment.

When I read your introduction, I noted that you personally became convinced that it is more than reasonable to interpret Ephesians as a letter written by Paul and not by someone decades later after his death. Can you give us a brief explanation of how you came to that conclusion?

I looked at arguments promoting deutero-Pauline authorship, and new theories about pseudepigraphic works, as well as new theories about letter writing in the ancient world. I will offer below just a few examples from my argument, which takes up about 35 pages in the commentary!

Those who promote deutero-Pauline authorship generally point to four criteria: (1) theology; (2) literary evidence (grammar, syntax, vocabulary); (3) historical setting; and (4) the epistle’s relationship to Colossians. I will sketch out below some of the details, but I want to point out here that often these arguments presume an original “Paul” based on a scholar’s pre-determined criteria, over against which they judge Ephesians lacking in some way.

Concerning (1) theology, among the concerns raised against Pauline authorship, some point to terms and concepts that are different or apparently at odds with the undisputed letters. For example, Ephesians stresses the universal church, while the accepted letters stress the local church. However, Paul speaks about the universal church in several of the undisputed letters, including a reference to all believers in his greetings to the Corinthians, and he reminds them of their baptism into one Spirit (1 Cor 1:2; 12:7–14). While Paul stresses how spiritual gifts uplift the Corinthian church, he probably does not imagine that each local body would have every gift present (for example each local church having an apostle; 1 Cor 12:27–31). Paul speaks of believers as children of Abraham to both the Romans and Galatians’ churches, a truth that extends to all churches. To cite another example, Ephesians does not use the phrase “justification by faith” or nor does he speak of God’s righteousness. However, 1 Corinthians does not include the phrase either, and only uses “righteousness” a single time, yet it is not considered deutero-Pauline.

Concerning (2) literary evidence, it is correctly pointed out that Ephesians has a high number of lengthy sentences; however, similar sentence syntax is found in the undisputed letters (1 Cor 1:4–8; Phil 1:3–7). Both Ephesians and Galatians have about the same number of hapax legomena. And Paul draws on traditional material, hymns, confessions, and Scripture, in each of his letters, also contributing to each epistle’s distinctive literary style and sound.

Concerning (3) historical circumstances, it is difficult to point to a specific crisis that prompted Paul to write to them, other than his ongoing imprisonment. In this, Ephesians resembles Romans, although Romans does speak of travel plans, something that the imprisoned Paul does not indulge in with the Ephesians. Another similarity between Romans and Ephesians is their shared concern about Jew/gentile relationships within the Body of Christ. Romans is clear that struggles between these two groups exist; this is less apparent in Ephesians, although Paul asks that they be unified in the Spirit with the bond of peace (4:3). Paul draws on his reading of Isaiah and the eschaton envisioned by the prophet.

Concerning (4) the relationship with Colossians, this puzzle is interesting, but there seems to be no conclusive internal evidence to determine which epistle was written first. I find it more likely that the two were written at about the same time. Also, the letters’ closings, which follow each other practically verbatim, have suggested that the deutero-Pauline author copied Colossians. I’m persuaded, however, that the scribe who wrote both epistles for Paul copied this section as a matter of efficiency.

Further study of the ancient category of pseudepigraphy has yielded helpful information for the discussion of Ephesians’ authorship. The pseudepigraphic letters were allegedly written by philosophers long dead (e.g. Pythagoras), not contemporary figures. Again, these letters existed in a collection, not as separate letters. And they were each about the length of Philemon, not like Romans or 1 Corinthians. In sum, Paul’s letters differ significantly from pseudepigraphic letters, thus limiting the usefulness of this category for understanding Ephesians.

Finally, ancient letter writing has received new attention recently, and this research is useful to our study. It is well known that Paul used amanuenses (secretaries), as did most everyone in his day. Paul may have dictated letters, or offered general guidance in composing the letter, accounting for some of the differences we find within the corpus. An unusual feature of Paul’s letters are co-senders (Sosthenes, Silas, Timothy), and it is unclear how much their voice can be heard in the letters. Like Romans, Ephesians does not include a co-sender. Thus there is variety within the Pauline corpus related to the mechanics of writing the letters, and this should be considered when drawing conclusions about Paul’s style.

The Household Code (Eph 5:21-6:9) this is a text that has been discussed extensively in Pauline scholarship. Some say Paul was misogynist. Others say his Household Codes are less oppressive towards women than other ancient writers. Others still say Paul’s teachings is subversive. What is your reading of this?

Paul carries so much weigh within the church, that we are tempted to pluck him out of his context and use him for our own purposes. In the commentary I spend lots of time talking about Paul’s historical context, and also discussing issues of interpretation around gender and slavery. Paul balanced two things, and we must balance them too. He lived in a particular context (first century Greco-Roman world) and he was made a new creation in Christ, sealed with the Holy Spirit. There is an inherent tension in the “now/not yet” of the gospel that affects the gender issue. I don’t think Paul was a misogynist, but he lived in a patriarchal world that had limited perspectives for the capabilities of women generally. However, the gospel subverted the social hierarchy of the ancient world. The gospel redeemed those who were told they had less worth. Paul’s words to women were less oppressive than other ancient writers. For example, Paul argued for reciprocity in marriage, that the wife had authority over her husband in matters of the marriage bed (1 Cor 7:4), just as the husband had authority over his wife. The latter clause was a given in the ancient world, the former reflected the gospel’s power for renewing relationships broken by the fall. Paul implies this same idea in his claim that husbands should love their wives as their own bodies (Eph 5:28–29).

As a commentary writer myself, I know that once you are “done” with a commentary, that doesn’t mean you have all the answers! What were some big exegetical questions you had going in that were not really solved or resolved? What are the ongoing perplexities that you still have about Ephesians even after writing a 500-page commentary?

Absolutely, I would not want anyone to think that this commentary has all the answers! I hope, instead, that readers will find the resources to better understand Ephesians, and thus embrace the gospel call therein.

One problem or issue that I wish I had more time to delve into is creation care. Paul gives this wonderful vision of the Kingdom of Christ and of God, and promises that Christ will bring unity to all things, and I would have liked to spend more time thinking through what that means now for our environment, climate change, and creation care. Another topic would be taking more time to reflect on the intertextual notes and echoes that richly inform Ephesians.

I look forward to more studies by majority world scholars, women and minoritized voices. There are things I don’t even know that I missed, and I trust that this scholarship will illuminate Ephesians to a greater degree for me.

OK, you get to take a breath, move to Chicago—then what’s your next writing project?

In between unpacking boxes (does this ever really end?), I will be working on two women’s study Bible projects, plus writing chapters for different projects about the role of women in the ancient world and in the early church. No major works like the Ephesians commentary on the near horizon! 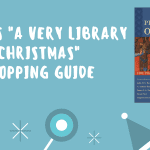 November 16, 2020 Nijay's "A Very Library Christmas" Shopping Guide: Get PERSPECTIVES ON PAUL: Five Views
Recent Comments
0 | Leave a Comment
Browse Our Archives
get the latest updates from
Crux Sola: Formed by Scripture to Live like Christ
and the Patheos
Evangelical
Channel
POPULAR AT PATHEOS Evangelical
1

Evangelical
A New Commentary on Romans, by David Garland
Crux Sola: Formed by Scripture to Live like Christ