Give us the backstory. How did you end up writing the first edition (2001)?

When I was a Ph.D. student at Princeton Seminary, I was a teaching fellow for several professors, most especially the late Dr. Bruce Metzger. As a result, I got to know a lot of M.Div. students, since Bruce Metzger often drew around 100 students for lecture classes. Most of the students were Presbyterian, so they had to pass an exegesis exam for ordination. This exam was taken during the early part of the last year of seminary, with results coming back around Christmas. Quite a few students failed this exam, and some in my classes began to ask me for help as they prepared to retake it.

I started meeting with small groups on Sunday evenings, preparing handouts to guide them through the elements of exegesis. And students started to pass the exam! When word got out, I began doing these seminars before the fall version of the exam, and the students in those seminars started to pass on the first try. My handouts got better—and longer—each time I did them.

A few years later I had the opportunity to write up these handouts into a small booklet for a non-profit educational organization, which I then expanded into a larger self-published booklet for my students at St. Mary’s before approaching Hendrickson Publishers (the original publisher). Hendrickson thought the approach I offered was very helpful but the booklet needed to be fleshed out. So I signed a contract, expanded what I had been doing for years, added bibliographical information on resources for exegesis, gathered two good sample exegesis papers from students, and produced the first edition. 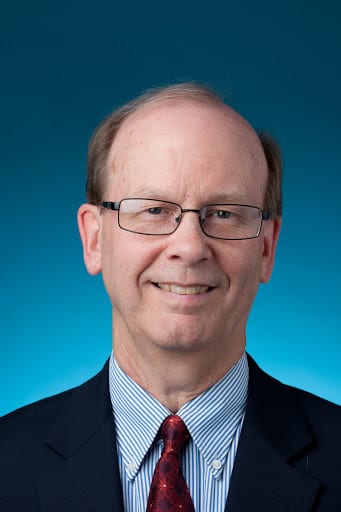 What is new to this third edition?

The third edition has much in common with earlier editions, but it is also different. Every sentence of every paragraph has been re-read and sometimes modified, either to provide greater clarity or to nuance what was there. A few new paragraphs and examples have been included on various topics, sometimes reflecting developments in the field or in my own thinking. For instance, I now refer to two main approaches to exegesis as “analytical” and “engaged.” The chapters with discussion of various interpretive approaches (including theological interpretation and missional hermeneutics), in particular, have been revised and expanded. Furthermore, additional material on the importance of both the text’s canonical context and the interpreter’s social and ecclesial contexts have been included. These changes also reflect developments in the field of biblical studies. The section of resources for the various elements of exegesis has also, of course, been updated and expanded to reflect these sorts of changes.

But the most important new material in this edition has to do with the global character of biblical interpretation. This focus is reflected in the inclusion of perspectives, examples, and resources from the Majority World. Also, for the first time, the book has a sample paper from a student in the Majority World—a theological student from India. The paper is highly contextual in nature while also working very closely with the text in an analytical way. Both this paper and a new sample exegetical summary page include theological and missional perspectives on the text. I think these changes will enlighten and assist “Western” interpreters plus make the book more useful and appropriate in the Majority World.

All of the changes in the third edition help to make this book sync nicely with a book I edited called Scripture and its Interpretation: A Global, Ecumenical Introduction to the Bible (Baker Academic, 2017). That book has chapters on the Bible itself, but also on how different Christian traditions and Christians in different cultural and geographical contexts interpret Scripture. The two books pair really nicely, in my opinion, for any course on the Bible and/or biblical interpretation. We use both books at every level, from entry-level master’s students to D.Min. courses.

(BTW, the second edition had already added a lot of material on theological interpretation, including missional hermeneutics. It had also included an exegesis paper by an undergraduate student. These changes represented both developments in biblical interpretation and the reality that the first edition was being used in undergraduate as well as seminary and other graduate settings.)

What are common errors that pastors and students make (in general) when reading and interpreting the Bible?

What my (very capable) students at Princeton lacked was a method, a process, for exegesis. They had no idea what sorts of questions to ask of a text, or what the key aspects (“elements”) of exegesis really were, even though they had heard many brilliant exegetical lectures and even written exegesis papers! But no one had taught many of them a method. Lacking a process is still a common problem for people who have not read a book like Elements or had some similar training.

Another problem I see, especially in the pulpit, is ignoring the immediate and larger contexts of a passage and thus the particular contribution of the writer in question (Paul, John, Mark, etc.). On the other hand, the opposite problem is also not uncommon—failing to put a text in conversation with other passages in Scripture. It is a gift to find a balance between the peculiar contributions of the text at hand and its relationship to the other parts of Scripture.

Another problem I see is the misuse of the original languages. “The original Greek [or Hebrew] means such and such” often refers to the etymology of a particular word rather than its lexical or contextual sense. Students and pastors should either learn the original languages fairly well or rely on resources by experts if they are going to refer to Greek and Hebrew (or Aramaic!). Be careful on the Internet!

What do you wish you knew 20 years ago about exegesis that you know now?

I think the five most important things I wish I had known are these:

Twenty years ago I knew the first four of these things intellectually, and the fifth intuitively, but all less experientially. By the way, I am also now quite a fan of Bernard Lonergan’s maxim, “Genuine objectivity is the fruit of authentic subjectivity” (Method in Theology, 2nd ed. [1973]; reprint, University of Toronto, 1999, 292).

If you had to pick a different introduction to exegesis to recommend to someone, what would it be? (If EBE didn’t exist, what’s the “next best thing”?)

Hmm . . .  this is a hard question to answer! If I had an agent (which I don’t), he or she would probably tell me to deflect. But I think the answer depends on the intended user. I don’t think there is another book that can be used by as wide or as diverse an audience as Elements is designed for, or one that offers as integrated a model that can be used for both Testaments. But if students need more focus on working with the Greek text, they might also consult Gordon Fee’s New Testament Exegesis: A Handbook for Students and Pastors. If they need something that deals more specifically with current approaches to the Old Testament, they might consult William Brown’s A Handbook to Old Testament Exegesis. (By the way, Gordon Fee taught me third-term Greek and I taught Bill Brown first-year Greek!) My chapter on resources for exegesis in Elements lists some other good books. However, I am glad that this hypothetical question is exactly that! 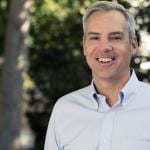 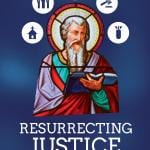 November 4, 2020 Douglas Harink—Sovereignties, Systems, Saints, and Swords
Recent Comments
0 | Leave a Comment
Browse Our Archives
get the latest from
Crux Sola: Formed by Scripture to Live like Christ
Sign up for our newsletter
POPULAR AT PATHEOS Evangelical
1