In my ongoing series, In Their Own Words…, scholars talk about a big idea in their recent work. Here Dr. Douglas Harink draws from his new book, Resurrecting Justice: Reading Romans for the Life of the World (IVP Academic, 2020). Harink  is professor of theology at The King’s University College in Edmonton, Alberta.

Try this experiment: working through Paul’s letter to the Romans, when you read the word “Lord” in your NRSV or NIV, think “Sovereign” or “Ruler”; when you read “Gentiles,” think “nations”; when you read “righteousness,” think “justice”; when you read “faith,” think “allegiance” and “trust.” Try this out especially on Romans 1:1-5, 16-17 and Romans 15:7-13, the two texts that frame and determine the meaning of the whole letter. Even these few translation changes (each of them warranted in scholarship), begin to take us beyond merely “religious” and individualist readings of this most important letter. Is it possible that Romans might speak directly to questions of political authority and rule, of political allegiances and practices, of justice in personal, social and legal spheres?

My new book, Resurrecting Justice, is the fruit of just such an experiment. And I believe the results are crucial for Christian life and witness in our times.

Let’s start with the thought of sovereign rule. Any sovereign rule which is not merely an assertion of power to dominate seeks its legitimacy in a reality beyond itself. Throughout most of history that has been in the gods, or God. In modern democracies it is “the People.” For Paul, the ultimate source of political authority is God; not “God” in the abstract (as in, “In God we trust.”), but God the Father, whose Son, the crucified Messiah receives his political authority from two directions: by human descent from the royal family of David (Rom 1:3; 15:12), and by divine authorization through resurrection from the dead by the power of the Spirit. The Messiah’s universal political authority is rooted in the Father’s will and the Spirit’s power. In the Messiah God reveals and enacts the true character of justice and political rule, not only in Israel and for Judeans, but also for all nations. This, for Paul, is God’s apocalypse, the singular divine revelation which invades and judges all political systems and allegiances, and brings about a radically new form of justice and life in the living political body of the Messiah. Paul’s mission was to declare the Messiah’s “Name” among the nations, and to call for their obedient allegiance to the reality and form of Messiah’s rule (Rom 1:5; 15:18-20).

I’ll just lift out a few of these issues for brief comment. First, I argue that Paul thinks in terms of “systems” more than individuals. Anticipated already in Galatians 4:1-8, Romans 1:18—3:20 is a critique of the two systemic captivities that prevent peoples from seeing Jesus Messiah as good political news: on the one hand, the Gentile nations’ captivity to the gods of their own making, resulting in social and political oppression, disorder and violence; on the other hand, the Judean captivity to a vision of divine law which set the Judean people against the Gentile nations. The living, divine reality of Jesus Messiah breaks, with judging and liberating power, into those systemic captivities, destroying their grip on Gentiles and Judeans alike. Jesus Messiah is not another system, but the gracious, sovereign, personal presence of divine justice-as-mercy for Israel and all nations (Rom 3:21-31; 11:25-34).

Second, the good news of God’s sovereignty and justice in Jesus Messiah calls forth and creates messianic assemblies of “saints” in cities around the north-eastern Mediterranean. Paul understands the life of these assemblies as their participation in the crucified and resurrected body of the sovereign Messiah (Rom 5-6), moved by the divine power of the Holy Spirit (Rom 8). The assemblies of “saints” therefore constitute a new political reality of justice in the midst of the old, where old political allegiances (founded in the gods) are forsaken for the new allegiance to God and the Messiah. The form of Messiah’s life shapes the life of the assemblies, liberating them with Spirit-power for mutual upbuilding, hospitality, sharing of resources, and peaceable responses to persecution and enmity (Rom 12).

Third, the good news of God’s sovereignty and justice in Jesus Messiah liberates “messianics” (aka, Christians) from “the sword,” that is, from wielding coercive and punishing political authority (though they may yet suffer severely from such; Rom 8:35-36). While Paul calls messianics to acknowledge (the only thing meant by “submit” in Romans 13:1) the ongoing fact and often brutal force of such authorities, and that they may serve some divine purpose, messianics are free of the demands political authorities typically make, for allegiance, obedience, trust, devotion, flag-waving, and military service. Rather, messianic assemblies owe all these things (except military service) to the sovereign Messiah. They receive the form, power, and purpose of their political lives from him, which Paul sums up as “love your neighbor as yourself” in the time that remains. With respect to the wielders of coercive power (“the sword”), the messianic assemblies are anarchic, precisely in the manner in which their Ruler was anarchic, owing nothing more than taxes and “honor” to the powers that be, and serving all with self-offering love.

Finally, can that kind of messianic, anarchic, self-offering life, which the good news evokes already now in small messianic assemblies, be embodied in a nation? Paul holds out a hope for just that in Israel, God’s chosen nation among nations. They have received all that is necessary for it to happen, including God’s Messiah himself (Rom 9:4-5), should Israel’s life as a nation conform to the form of his political existence; should they find the fullness of their life and justice in him. Paul is sure it will happen; God will one day recreate Israel as a messianic nation (Rom 11:26-27). In the time before that time, the small assemblies of Messiah’s people bear witness to the justice and life that has already arrived in the Sovereign Messiah’s political body, crucified, raised from the dead, exalted as Ruler of all peoples and nations. 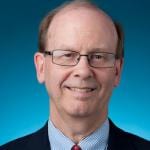 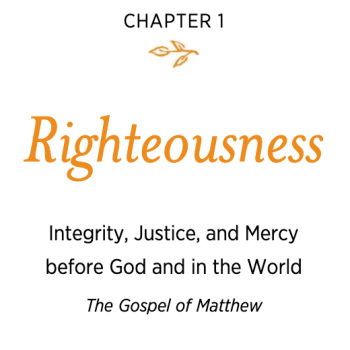