(Guest Post: Jen Rosner) The Good News of Israel’s Messiah, The Savior of the World

My new friend, Dr. Jen Rosner, has recently published a book called FINDING MESSIAH: A JOURNEY INTO THE JEWISHNESS OF THE GOSPEL (IVP Academic, 2022). I asked Rosner if she could write a bit about some of her ideas and why this topic is so important. See below and check out her new book! (click on image)

The Good News of Israel’s Messiah, the Savior of the World

“If the gospel we preach has nothing to do with God’s covenant with Israel, I believe we have missed something profound.” ~Finding Messiah, 191

The parting of the ways between Judaism and Christianity is a major locus for scholarly study, but it is also a reality we live with every day. It is deeply woven into the fabric of our experience. Because of a long series of historical events (which have towed theological conclusions in their wake), it is empirically the case that Judaism and Christianity are two separate, mutually exclusive religious traditions. To make this statement isn’t even that interesting; it’s mostly just taken for granted.

And yet, the reality of the parting of the ways also sells us a distorted picture of truth. While history may have bent these two traditions in completely different directions, the shared origins of the two communities and their theological inseparability is all too often missed or forgotten.

In fact, it is only according to the election and life of the people of Israel that the gospel of Christ and the eventual emergence of the Christian church makes any sense. Christian tradition has worked hard over the centuries to bury its indelible connection to Judaism and the Jewish people, and, to be fair, Judaism has also done its due diligence to sever its ties to Christianity and the Christian messiah.

But, on a profound theological level, this narrative of separation is artificial, and the categorical containers we’re left with in the aftermath of the parting of the ways are deeply distorted. In reality, it is only in light of the other that each community can truly be understood.

Wasn’t it always the case that Abraham’s election was for the sake of all nations being blessed (Genesis 12:3)? And wasn’t it always the prophetic vision that “in that day” Israel would be a third, alongside Egypt and Assyria, as the people of God (Isaiah 19:24-25)? Hasn’t the vision always been that “ten people from all languages and nations will take firm hold of one Jew by his tzitzit and say, ‘Let us go with you, because we have heard that God is with you’” (Zechariah 8:23)? Wasn’t Israel’s election always meant to expand outward?

Isn’t this the very phenomenon we see unfolding in the pages of the New Testament, when the Spirit comes on Gentiles in Acts 10 just as the Spirit came upon the Jews in Acts 2? Doesn’t this event offer the overwhelming proof that, indeed, through Jesus, God’s blessing and favor is now flowing outward to all nations?

And yet, so often, this is not the gospel the Christian church preaches. Because Christianity has wandered so far from Judaism and from God’s ongoing covenant with the people of Israel, what we so often preach and hear preached is a gospel about a Jesus who drops into the narrative with no prior context, a Jesus who comes merely to forgive our individual sins and assure us a place in a faraway, ethereal place called heaven when we die. According to this gospel, Israel’s role is insignificant and ultimately fleeting; Israel’s story is construed (at best) as an extended example of what didn’t work, of the futility and hollowness of rote legalism.

This gospel relies on Judaism as Christianity’s perpetual foil, a portrait of everything that Jesus came to set us free from. Christianity is all about grace and faith and freedom, while Judaism is about law and waywardness and bondage. Our gospel has relied upon these categories for centuries, and we find ourselves nodding our heads in condemnation of “those legalistic Pharisees.”

This gospel has taught us to read Paul as the prototypical “convert” who would spend his life and letters exposing Judaism’s bankruptcy and touting the riches of its far superior successor, Christianity. This gospel has been employed by Christian theologians from the patristic era up through the Reformation and into our own day to prove the ultimate blindness and hard-heartedness of the Jewish people.

This gospel has sown seeds of hostility and discord between these two communities, pitting Judaism and Christianity against each other in an age-old trope that has all too often spilled over into violence, ghettoization, pogroms.

The good news, my friends, is that this gospel is not the gospel. Or, if it is, it is some truncated and distorted version of it, the product of centuries of human sin and frailty and failure. We are living in a remarkable era, one in which the relationship between Judaism and Christianity is being rethought and reconceived in remarkable ways. In the wake of this rethinking has been a profound repentance on the part of the Christian church for its diminished gospel and latent anti-Judaism, as well as an incredible new chapter in New Testament studies. We are beginning to question the narrative of Paul the convert, to imagine a Paul within Judaism, a Paul who was a Torah observant Jew until the day he died.

The questioning, course correcting, and rethinking that we’re beholding in our day is finally allowing us to see the Christian gospel for what it always was – the gracious and long-foretold expansion of God’s covenant with Israel to all nations. We are grasping the way in which Jesus enacts the vision of the prophets, how he carries the narrative forward in the way that was always intended. As we emend the distortions created by casting Judaism as Christianity’s foil, we are indeed rediscovering the gospel – the good news about Israel’s messiah who comes as the savior of the whole world. 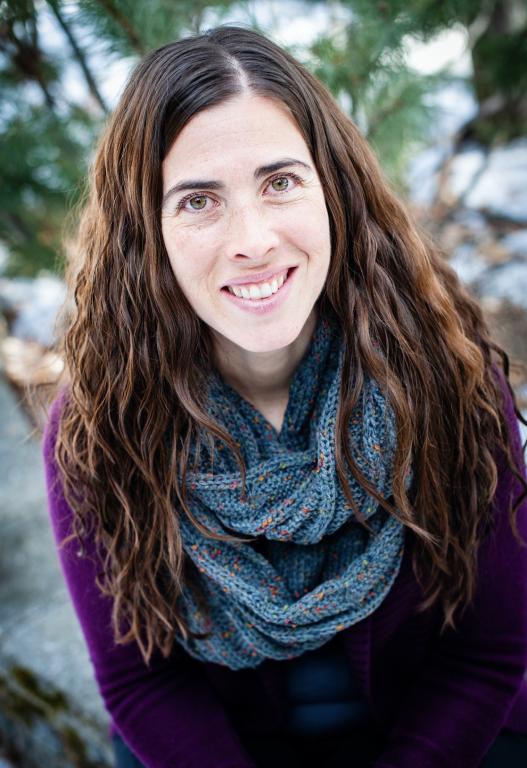 Jennifer M. Rosner is Affiliate Assistant Professor of Systematic Theology at Fuller Theological Seminary. She also serves on the faculty of Azusa Pacific University, The King’s University and Messianic Jewish Theological Institute. After spending two years living in Jerusalem, Israel, Jen currently resides in Northern California with her family. You can find her online at www.jenrosner.com. 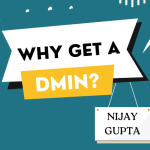 July 7, 2022 Why Get a Doctor of Ministry?
Recent Comments
0 | Leave a Comment
Browse Our Archives
Related posts from Crux Sola: Formed by Scripture to Live like Christ