A Rising Tide Lifts All Boats—Or Does It?

A Rising Tide Lifts All Boats—Or Does It? June 18, 2014 willduquette

Recently the US Conference of Catholic Bishops has been calling for an increase in the minimum wage. I don’t like to argue with the bishops, and I’m not going to do so now; but I worry about efforts to use the Big Hammer: to try to fix social problems by fixing the “system”, rather than by helping individuals.

It’s true that our society has systemic problems. It is clear that we have problems in the area of poverty and access to healthcare that, strictly speaking, we don’t need to have. The problem is getting from hither to yon. You can either make little changes, one individual at a time, or you can make big changes, like increasing the minimum wage. The latter is the kind of thing I call the Big Hammer; and the Big Hammer always hits more than you expected it to.

Consider the story of the ten blind men and the elephant. Each of them felt a different part of the elephant, and came to a different conclusion about what the elephant was like. But the story has a little-known coda. One of the wise men, the one who felt the elephant’s trunk and thought it very like a snake, decided to bring the snake home with him to keep down the rat population in his hut. So he grabbed the “snake” and gave it a big yank; and the elephant, justly distressed, gave a leap and trampled him and several of his colleagues.

That’s the Law of Unintended Consequences. (As a more practical example, consider the known tendency of the welfare system to split up families: because intact families aren’t eligible for welfare.)

So I have a mistrust of big fixes.

But even assuming you can find a Big Hammer that only does good, that helps many and harms none, the proverb is still overly optimistic. A rising tide lifts all boats—except for the ones with holes in the bottom. Those just get swamped and then sit on the bottom; and their passengers drown.

Even if we were able to perfect human society, there would still be those in need of this kind of help; and I maintain that it is best done person-to-person, hand-to-hand, face-to-face. Bureaucracy is the enemy of love. 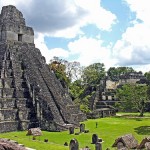 June 19, 2014 Words I Wish I'd Written: Angelfood Cake
Recent Comments
0 | Leave a Comment
"You should update your bookshelf page accordingly."
3vil5triker . In which the Blogger is Very ..."
"You need to change the "KS" photo. It's of KANSAS CITY, MISSOURI. It is not ..."
Nessy Meme Watch: Economic Bullsh*t
"This has been on my wish list for a while. Sounds like I need to ..."
Rebecca Fuentes The Apostasy That Wasn’t
"Is not the “splendor of heaven” the presence of God in all His glory, of ..."
jayne_wayne Splendor Fatigue
Browse Our Archives
get the latest from
Catholic
Sign up for our newsletter
POPULAR AT PATHEOS Catholic
1

Dale Ahlquist is on a mission...
Chaos and Old Night
Related posts from Cry 'Woof'