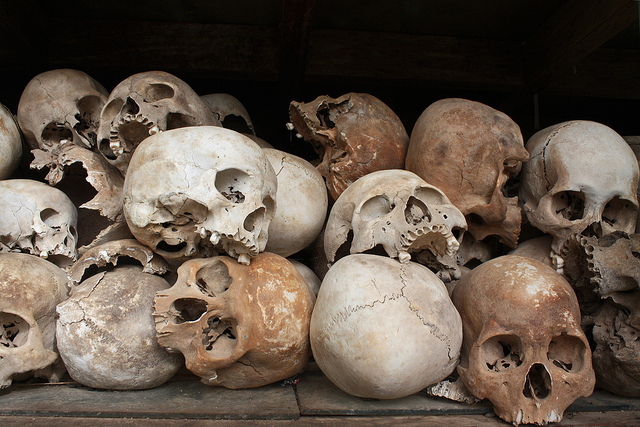 In “A Book of Blood“, I described the slaughters that fill the Old Testament. In battle after battle, Yahweh orders his people to massacre the enemy, butchering men, women and children for the crime of worshipping the wrong deity, showing no mercy and allowing no one to remain alive.

When I learned about these verses as a newly deconverted atheist, I was certain that no one, not even the most committed believer, would try to defend them. But I was destined to be disappointed. I wrote about how professional Christian apologists, including William Lane Craig, insisted that the Hebrew genocides were a good and moral act. I also noted ordinary Christians arguing the same.

Now, if you want to be charitable, maybe they’re not thinking through the implications of their position. These battles, if they happened at all (which is questionable), took place millennia ago. There are no traces, no grave markers, no living descendants of the Canaanites who still mourn the crimes committed against their ancestors. The modern apologists sit at a comfortable distance from these events, and it’s possible that this keeps them from bringing the proper empathy to their judgment.

But here’s a Christian apologist who has none of these excuses.

His name is Declan Leary, and he writes in the American Conservative to defend the genocide of Indigenous children in Canada’s church-run residential schools. His article has this title and subtitle, which I’m not making up: “The Meaning Of The Native Graves: They’re good, actually.”

When the mass graves of children were discovered, there was a wave of outrage and national mourning in Canada. Many among the religious right have kept silent, sensing that any defense they might offer would only make them look worse. But Leary is willing to go where others dare not tread.

Here’s how he begins:

First, we have always known that many children died in the residential schools, which were active through the 19th and 20th centuries. Child mortality was relatively high during that period to begin with; Indian mortality overall was astronomically high; and the Church-run schools for native children were systemically underfunded by the government, resulting in subpar facilities and inadequate medical care.

…The “mass graves” of public hysteria are, in fact, the ordered and intentional burial sites of people we always knew were dead, and who died of more or less natural causes. In more literate times, we might have called that a cemetery.

Leary states this as though it were a defense: “Well, we’ve always known that lots of Indigenous children died at the church-run schools they were forced to attend!”

But the fact he evades is that many of these children were not previously known to be dead. For decades, they were officially “missing”, because the church overseers either told their parents nothing about what had happened to them, or flat-out lied by saying they had run away and vanished. In many cases, the church kept barebones records or none at all:

One third of children who died at a residential school did not have their names recorded by school administrators. One quarter were marked as deceased without even their gender being noted. Among the 2,800 names on the official memorial register are children known to recorded history only as “Alice,” “Mckay” or “Elsie.”

The anger felt by these grieving parents (which Leary scoffingly dismisses as “hysteria”) is arising because, for the first time, ground-penetrating radar scans have given them proof of what happened to their children. It’s tangible evidence that the church lied to them for decades.

His second assertion is that the church wanted to make the schools better, but just couldn’t:

If anyone is at fault here — and the residential school system, for all the good of its evangelizing purpose, was hardly without flaws — it is, without a doubt, the secular authority. Had the Canadian government, which in word endorsed the Christian mission of the residential schools, upheld that word in deed by providing the funding which Church authorities repeatedly said was necessary for adequate operation, living conditions could have been improved and a great many premature deaths avoided.

Leary provides no sources for his claim that church authorities sought more funding for the residential schools. Indeed, if the church thought conditions there were so miserable, why didn’t they take up a collection themselves? Why would they sit around waiting for the Canadian government to send them supplies?

The reality is that, although the Canadian state does bear part of the blame, the churches are equally guilty of malicious neglect toward the children in their care. Here’s an example from one of the Catholic-run schools:

One particularly notorious incident occurred on New Year’s Day, 1937, when a group of four boys ranging in age from 7 to 9 ran away from Fraser Lake Indian Residential School intending to reunite with their families at the Naldeh reserve seven miles away.

The school didn’t bother to assemble a search party until the boys had been missing for more than 24 hours. When they did, they found all four frozen to death less than a mile from home. (source)

Furthermore, the children at these schools didn’t just suffer from disease and malnutrition, although they did. There was also brutal, unrelenting physical abuse and sexual predation that they suffered at the hands of church overseers. Survivor after survivor has testified to this, and I’m certain there’s no way Leary could fail to be aware of it. For example:

The stories of the reality of life for children at these schools, as recounted in the TRC’s four volumes, including 6,500 testimonies of child survivors, contain horrors on an unbelievable scale. One man speaks of being raped so many times by the priest in charge that he hurled himself in front of a huge log being rolled downhill, breaking multiple bones to ensure he would be taken away.

But all these points are minor quibbles compared to what comes next: the pulsing, wicked heart of Leary’s essay. He bluntly says something that most Christian conservatives are only willing to hint at: the breaking up of Indigenous families, the abuse and murder of children, and the systematic effort to destroy their culture and language, were a worthwhile price to pay – because some of them might have become Christian and gone to heaven.

Whatever natural good was present in the piety and community of the pagan past is an infinitesimal fraction of the grace rendered unto those pagans’ descendants who have been received into the Church of Christ. Whatever sacrifices were exacted in pursuit of that grace — the suffocation of a noble pagan culture; an increase in disease and bodily death due to government negligence; even the sundering of natural families — is worth it.

This, to be clear, is the mindset of the Inquisition and the auto-da-fe: if people believe the wrong things, we have an obligation to torture them into believing the right things, because that way we might save some of them from eternal torture, and that infinitely outweighs any earthly suffering we could possibly inflict. (As for the ones who didn’t convert and died from torture, that’s no great loss – it only slightly hastens the eternal damnation they were going to suffer anyway.)

This is the mindset that gave rise to witch trials and pogroms, to the rack and the thumbscrews, to waterboarding and burning at the stake, and every other kind of cruelty that our imaginations can conceive of. It’s the closest thing to absolute evil that humans have ever managed. And it’s not consigned to the ignorant past. It’s alive and vital today, ready to come back whenever and wherever religion seeps through the shield of secularism.

Leary closes with this insistent assertion:

It must be, else two millennia of Christian civilization, in which oceans have been bridged, wars waged, continents conquered… all has been for nought.

With this inadvertent admission, he’s shown that his faith is really just a two-thousand-year sunk-cost fallacy. The thinking goes like this:

As with the modern-day theologian who defended the kidnapping of Edgardo Mortara, the publication of this essay shows that Christianity is taking an illiberal turn. Throughout the West, the churches are losing numbers and cultural relevance. They’ve been defeated in one culture-war battle after another, and they’re being held to account for the crimes for which they previously escaped accountability.

Their most fervent apologists are responding by lashing out at the world, arguing that theocracy is good and that churches deserve absolute power, regardless of the will of the populace. By defending all the evils of the past, they’re showing that they’d commit the same crimes again, if only they could. 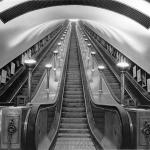