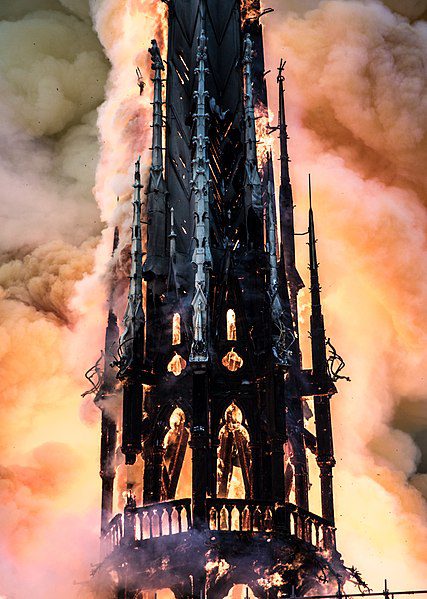 Last month, I wrote about the cultural genocide against Indigenous people in Canada, horribly embodied by the discovery of 215 children’s graves at the Kamloops Indian Residential School.

During the 19th and 20th centuries, tens of thousands of children were forcibly taken from their families and sent to these boarding schools, most of them run by Catholic priests and nuns, where they were forcibly indoctrinated into Christianity and forbidden to speak their own language or practice their own culture. They were kept in line with beatings and torture, and hunger, disease and sexual abuse were rampant. When some died, the church would often bury them unceremoniously on the school grounds and tell their families they had run away.

I said that the Kamloops school wouldn’t be the last, and it wasn’t. Shortly after I published that, a much bigger graveyard was found at an Indian residential school in Saskatchewan:

For the second time in a month, ground-penetrating radar has confirmed what government and church authorities have been accused of trying to suppress for most of Canada’s history.

As many as 751 unmarked graves have been detected at the former site of Marieval Indian Residential School, which operated from 1898 until 1997, and was run by the Catholic Church for most of its history.

The graves at the Marieval school had markers at one point, but the church destroyed them in the 1960s, apparently to punish the children’s families for continued resistance:

And on the heels of that discovery, there was another one:

The Lower Kootenay Band said on Wednesday that ground-penetrating radar had revealed 182 human remains at St Eugene’s Mission residential school, near the city of Cranbrook, British Columbia. Some of the remains were buried in shallow graves only three and four feet deep.

Both these schools were run by the Catholic Missionary Oblates of Mary Immaculate, the same group that oversaw the Kamloops school and dozens of other residential schools across Canada. The article also notes that official records at the St. Eugene’s school list only 19 student deaths, throwing a glaring light on the gulf between what the churches were willing to admit and what actually happened.*

These latest revelations have ignited a new explosion of anger. In Saskatoon, near the Marieval school, a cathedral was vandalized with smears of red paint intended to look like bloody handprints and the message “We Were Children”. And in Calgary, four hundred miles away, ten different churches were defaced in a similar way, and one had a window smashed.

But the anger hasn’t stopped at petty vandalism. In the last few weeks, churches across Canada have been burned to the ground.

It was surprisingly difficult to tell exactly how many churches have been targeted by these arson attacks. Many of the news reports that I’ve read unhelpfully lump together arson with minor vandalism. Going through the sources, I’ve found nine churches that were damaged or destroyed. Seven are Catholic, one Anglican and one evangelical:

No one has been arrested in these church burnings. But it’s a reasonable inference that they were committed by a person or people outraged over the latest discoveries of children’s graves, and whose goal is to wreak vengeance on the churches that they hold responsible.

Obviously, I don’t advocate destroying any church or any other building. Although Canada’s Indigenous people are fully justified in their anger, these violent acts aren’t a legitimate means of protest. Burning a church doesn’t accomplish anything; it doesn’t bring back the dead or heal the wounds and grief of the survivors. And it risks harming innocent people who had nothing to do with these crimes. (It’s much better to see churches converted to bookstores and other, better uses.)

Real justice is still waiting, but it won’t come through these acts of destruction. If anyone responsible for the abuse and death of children is still alive, they should be put on trial for crimes against humanity. The state and the churches that collaborated in creating these schools owe reparations to them and their descendants. If desired by their families, these bodies should be repatriated and given a respectful burial. And the Catholic church owes Canada’s Indigenous people a formal apology and full cooperation in identifying other graves, both of which they’re still refusing to provide.

Again, I don’t condone violence. But as long as the churches keep dragging their heels, as long as they refuse to admit their complicity or make restitution, the popular anger against them won’t abate.

If you want to know why people are so angry, just look at the Canadian religious right (yes, they exist). In response to the news of residential-school atrocities, they’ve shown no contrition. Instead, they’ve seamlessly transitioned into playing the victim.

They’re bemoaning the supposed wave of persecution that’s been unleashed against churches, with barely a passing mention of why the arson attacks might be happening. They act as if they’re being targeted because of unfounded hate or an irrational desire to persecute Christians, as opposed to a deep and understandable wellspring of anger over staggering atrocities that the churches committed against children within living memory.

Here’s an example of this kind of thinking:

In just a few short weeks, Canada has become the church burning centre of the western world. Even more saddening, nobody seems to care.

…The shameless politicization of a tragedy is nothing new for modern leftists. It happens in the United States, just as it happens in Canada. What is unheard of, however, is the sudden and violent destruction of countless churches. In fact, no other western country has seen as much anti-Christian violence as Canada has in this past week.

It scarcely needs saying, but the religious right has ulterior motives. They claim that it’s “politicizing” a human-rights atrocity to name the ones responsible, to insist that the full truth be disclosed, or to demand that justice be done. Much like the American right’s response to mass shootings, they would prefer that we offer nonspecific rote expressions of sadness and then do nothing. They want to steer clear of discussing responsibility because they know their side is to blame.

There is a war on Christianity in Canada. With church arsons and vandalism skyrocketing across this country, it was only a matter of time before these hate-fueled incidents reared their ugly heads in Calgary.

…These attacks would not be tolerated against any other faith group and there would certainly be no qualifying language softening condemnations of these crimes from politicians. Christianity has been singled out, whether in the form of arrested pastors or burned churches.

Again, if Christian churches have been “singled out”, it’s because Christian churches committed the crimes that people are angry about! Christianity held almost unquestioned power in the Western world for centuries, and it wielded that power to justify imperialism, genocide and violence against the vulnerable. Now it’s being held to account for the evils it did, and its apologists are pretending not to see the link. They want to sweep centuries of bloody history under the rug, and then they have the audacity to act bewildered when others won’t play along with their deception.

* If you’re wondering whether the U.S. did this too: yes, we did. We have our own painful truth and reconciliation still ahead of us.

July 9, 2021 Commonwealth, III.IV: "The World As It Could Be"
Recent Comments
0 | Leave a Comment
Browse Our Archives
Related posts from Daylight Atheism