KC update: vicar general was once accused of harassing a young man — UPDATED

The sad story of the troubles in Kansas City has taken a new twist:

The Catholic official who oversees sex abuse complaints against priests in the Kansas City-St. Joseph Diocese, has himself been accused of past sexual improprieties.

A Kansas City man wrote the bishop of the diocese four years ago, alleging sexual harassment in 1984 by the Rev. Robert Murphy, a priest who is now vicar general.

Brian Heydon, a licensed professional counselor, said Murphy exposed himself and propositioned him as a young man during a meeting at St. Catherine’s rectory, where Murphy then lived.

The diocese has said Heydon’s claims are unfounded.

Murphy, now a monsignor, has recently come under fire for the way he handled the case of a priest charged last month with possessing child pornography.

Heydon first raised the issue in 2007 and contacted The Kansas City Star. The newspaper did not publish the story at his request out of concern for his privacy.

Heydon said he has now decided to come forward.

“In light of recent reports detailing the continued cover-up of abuse in this diocese, I feel that I can no longer in good conscience keep silent,” Heydon said.

UPDATE: Former U.S. attorney to investigate sex abuse cases in K.C. diocese. You can read the press release here. And Elizabeth Scalia has a few thoughts on all this — as usual, spot on.

June 9, 2011
The astonishing story of a woman who forgave her son's killer
Next Post

June 10, 2011 They had me at Abe Vigoda
Recent Comments
44 Comments | Leave a Comment
Browse Our Archives
get the latest from
Catholic
Sign up for our newsletter
POPULAR AT PATHEOS Catholic
1 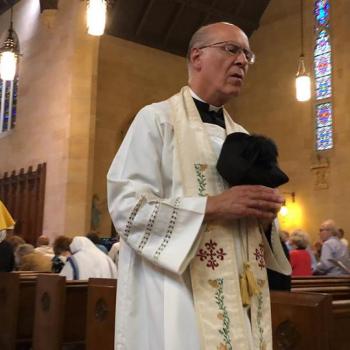 44 responses to “KC update: vicar general was once accused of harassing a young man — UPDATED”