What a legacy of diakonia.

A deacon friend in Ohio sent this my way, from the Toledo Blade: 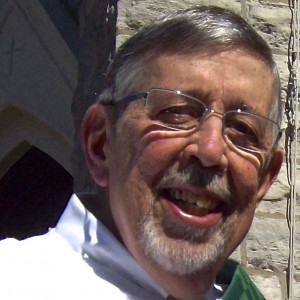 Mr. Cappelletty, 72, who had been ill for more than a year, died from congestive heart failure and related complications, his family said.

As an ordained deacon in the Catholic Church, he was involved in numerous ministries in addition to interfaith organizations, including some such as the Catholic/?Muslim Interfaith Collaborative that he helped found….

…He attended the University of Toledo, but never graduated. In the early 1960s, he moved to the Los Angeles area, where he found work in a flower shop, his son Mark said.

After a year, he moved back to Toledo, having found his calling, and opened a cut flower shop on Dorr Street in 1965.

…”It’s been more of a friendship than anything else,” said Mr. Moor, who has been intricately involved with Mr. Cappelletty in causes that included anti-war protests, a prison ministry, protests against the death penalty, and working with underprivileged children in the area.

“We both fought along the same lines for social justice … very liberal causes,” Mr. Moor said. “His heart was strong in all of those causes.”

Mr. Cappelletty and Mr. Moor were on the front lines of protests against war, especially the first Gulf War in 1990, and against the use of nuclear weapons.

“He felt very strongly that people can do better than going to war. People have to find a better way,” Mr. Moor said.

In 2000, the two founded a prison ministry and began securing scholarship money for families of murder victims, he said.

“I think his ministry was very important to Ken, although his favorite was working with young couples and marriage counseling,” Mr. Moor said.

The two began working in the Perrysburg Heights area south of the city, an area marked by poverty and run-down properties at the time.

Mrs. Cappelletty said her husband and Mr. Moor opened a gym for the youngsters and began a tutoring program to assist children who were struggling in school. Those projects continue, but under the direction of others, she said….

…In 1990, he was ordained a permanent deacon, attached to St. Rose Catholic Church, his parish in Perrysburg.

He married his son, Dave to Kelly, in a ceremony in Cincinnati in 2003.

In May, 2011, despite his illness, he flew to California to marry his son Mark to Jennifer.

Mark said his father became a changed man after his ordination as a deacon. The stresses of his life appeared to be gone, and a renewed focus on helping others blossomed, he said.

“It was like a weight was lifted off his shoulders,” mark said. “He was much more at peace with himself.”

January 15, 2013
In this order, vocations are thriving. What's their secret?
Next Post

Sonnet 73: Time, Friendship and Chronic Illness
That time of year thou mayst in me behold When yellow leaves,...
view all Catholic blogs
Copyright 2008-2020, Patheos. All rights reserved.