No Capes: A New Look for the Knights

This caused a stir when it was first discussed a couple years back. Now, it’s actually happening. Via CNS:

A long-standing tradition will end this summer as the Knights of Columbus discard the ceremonial capes and plumed chapeaus of its fourth-degree members.

July 1 will mark the end of a 79-year era when the Knights change the ceremonial Color Corps regalia long associated with the fraternal Catholic order. The Color Corps, which acts as an honor guard at religious and civic functions, is distinguishable by its official regalia of tuxedo, cape, chapeau, white gloves and sword.

The preferred dress for fourth-degree members worldwide will no longer include the cape and chapeau. The new uniform will be a jacket and beret. The ceremonial swords will continue to be part of the uniform.

The Knights have undertaken extensive research in how to attract new members and have heard one constant from men as to why they won’t join the order.

“If I had to wear that regalia, I wouldn’t join the Knights,” is the refrain Heffernan said he has heard often.

It was a major point raised in a roundtable in March at the Archdiocese of Toronto chancery when the Knights gathered a group of men to discuss their impressions of the organization. Several men noted the cape and chapeau as drawbacks.

May 28, 2019
Ordination Update: 14 New Deacons for Baltimore
Next Post 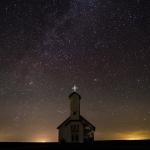 May 29, 2019 'By Focusing So Intently on Women Deacons, We Miss the Larger Challenge Facing Our Church'
Browse Our Archives
Related posts from The Deacon's Bench

Dialogue w Protestants: "Full of Grace" / Immaculate...
This is taken from a lengthy dialogue from the initial version of...
view all Catholic blogs
Copyright 2008-2021, Patheos. All rights reserved.
Close Ad