In Pagan circles, a person who seems to suck all the energy, attention, and time of the people close to them is often called an “Energy Vampire.” Most of us have experienced one (or more!). It’s a rather cruel description, but still an apt one. They exhaust the resources of the people they connect to. In Magickal groups, they can do incredible damage. But so-called “Energy Vampires” are rarely bad people. They’re usually injured in some way and are looking for love and acceptance. However, because of their methods in trying to find those things, they can harm the people close to them.

I read Bram Stoker’s Dracula for the first time this October. Setting aside the elements of xenophobia and sexism, I was struck by how Dracula’s interactions with others and the ultimate damage he inflicted mirrored the experiences I’ve had or witnessed with energy vampires. This classic horror novel reads like a guide book for spotting and stopping energy vampires.

Dracula invites Jonathan into his castle, and the first thing he does is flatter the shit out of Jonathan. He also wines and dines him, skipping no comfort and making it all look effortless. Jonathan feels super special.

An energy vampire will make you feel like you’re the most special person in the world. You find yourself on a pedestal, immediately.  You might hear them say, “You are exactly who I’ve been looking for!” or “This is the nicest group of people I’ve ever met!” In a Magickal group, they’re likely to become everyone’s best friend and are suddenly the most helpful, engaged person the group has ever had. How lucky you found them and they you….right???? Remember that No one is the greatest, smartest person in the world. No group is perfect. If someone starts to make you feel like you or your group are perfect, this is the first step of a psychic vampire trying to come into your world. 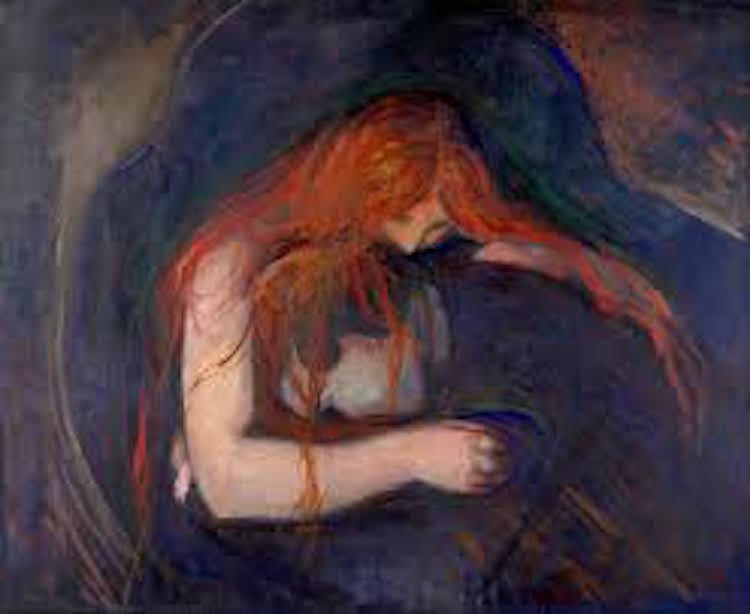 Dracula studies Jonathan, pulling information out of him to better understand his world. We get the sense he is trying to BE him…as though this is part of how he becomes immortal.

Energy vampires are often looking for new identities. Whether they’ve never found themselves or they don’t like themselves very much, they are looking to find traits that can make them feel more secure in who they are. You might hear them say, “Wow! Yes! Me too!” to every thing you say. A perhaps unexpected example would be Andy Bernard on The Office. When he first begins working at Dunder Mifflin, he adheres himself to Michael Scott–agreeing with everything Michael says, liking all of Michael’s likes and disliking his dislikes. Michael soon finds himself hiding in his office to get away from him. When the new group member finds endless things in common with other group members…but doesn’t seem to have any unique interests…they are trying to build their own identity by feeding off of others. It feels like camaraderie, but it will get toxic very quickly. 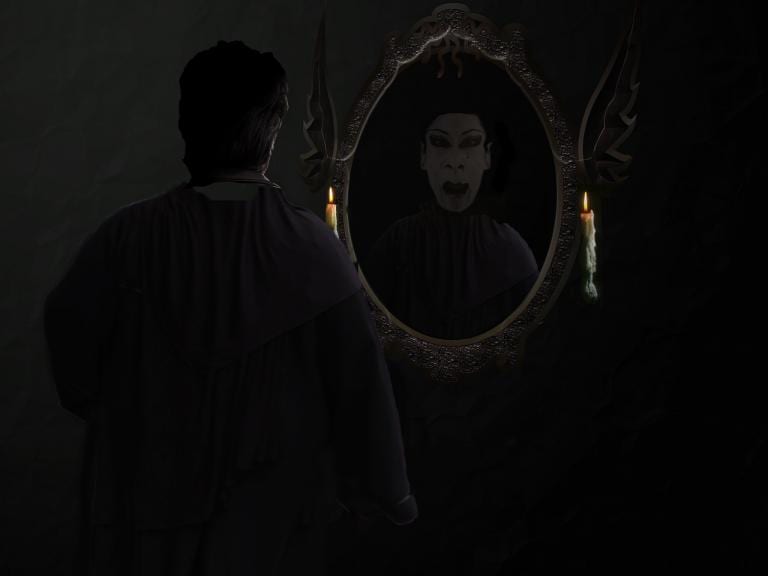 Dracula has no reflection.

In one of the most common depicters of vampires, Dracula is unable to see himself in the mirror. For a energy vampire, this is symbolic. They are rarely aware of their effects on others, and unlikely to take accountability. Calling out an energy vampire, no matter how kindly you try to do it, (“Hey, I love your contributions, but you’re taking up a larger amount of time than others during open sharing…” “I’m so glad you’re here, but we can’t focus on only your issues during every circle as others need space, too”), is likely to be taken more as a personal attack than helpful feedback. Energy vampires are also very likely to accuse others of being energy vampires–particularly if they hurt their feelings or disappointed them in some way. In a group setting, after taking up more time than they should, they’ll take up EXTRA time as they’ll need their feelings soothed for having been called out on taking up too much time. 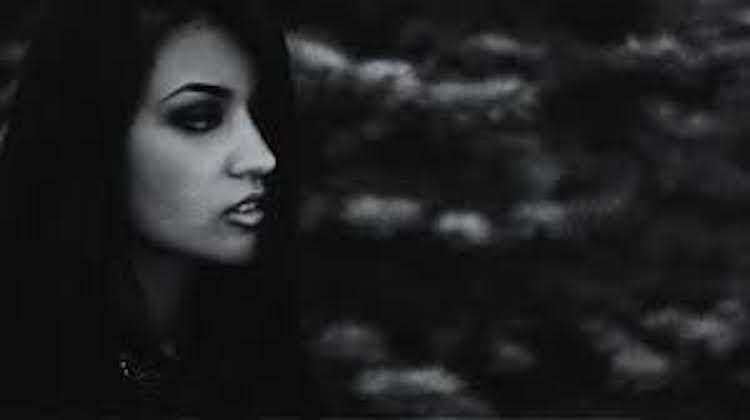 Dracula keeps Jonathan in his castle, and Jonathan is aware of how helpless he is, and how impossible it is for him to leave the situation. However, he is also pampered and cared for, which makes Jonathan wonder if he himself is the problem–shouldn’t he be more grateful for Dracula’s hospitality? 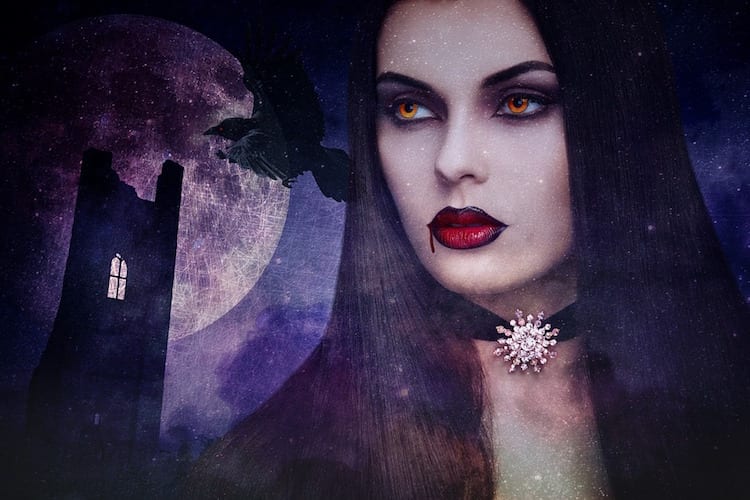 The townspeople try to warn Jonathan against going to Dracula’s castle. Once there, Dracula laments that he cannot connect with any of the “lowly” townspeople, making himself both the hero and the victim of his environment.

Many years ago, I met someone I would define as an energy vampire. Although they were deep into their forties, they said they had recently “fired” all of their friends. I didn’t see it at the time, but that was a red flag. Short of leaving a cult or becoming sober and needing to get rid of all friends still mired in addiction, someone who doesn’t have at least a couple of ride-or-die friends by the time they hit middle age is likely an energy vampire. Sometimes, others who know this person may warn you about them. The trouble is that it can be hard to believe them. They just seem so nice! In a group setting, if the new member doesn’t seem to have any other close people outside of the group, this is a big warning sign.

6.) They disrupt your world, through you…and people don’t notice 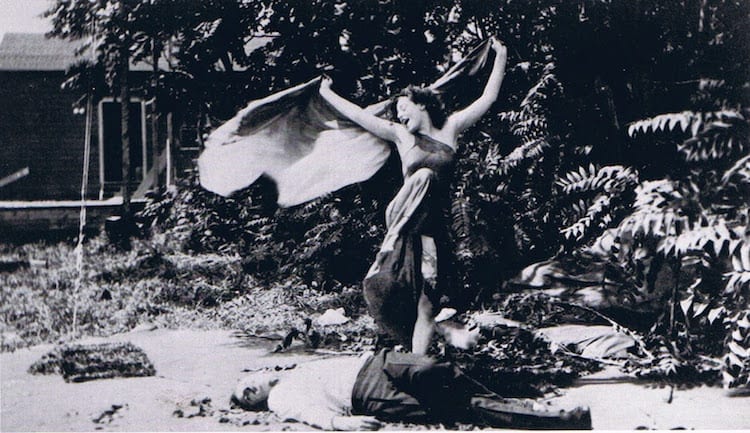 Dracula enters Jonathan’s world by first preying on his girlfriend’s best friend, Lucy. Although he visits Lucy and drains her every night, those closest to Lucy don’t understand the nature of the problem. Lucy’s well-meaning mother even removes the garlic bulbs Van Helsing left in order to protect her.

At this point, you may even realize that this person is problematic. But what do you do? They’ve endeared themselves to your friends and maybe even your colleagues. In a Magickal group, they’ve developed some very intense relationships with other members–which causes stress for those members–but no one seems to notice the source of the problem. At this point, you may have become frustrated with them and tried to take some distance, which the energy vampire may see as a threat. They may start trying to turn your people against you and in some cases, it may work. They’re looking for people whom they may believe are allies, who will continue to affirm their need to be affirmed. This is when relationships suffer damage because of this person’s presence.

7.) They cause all kinds of damage and suck other people dry in the meantime 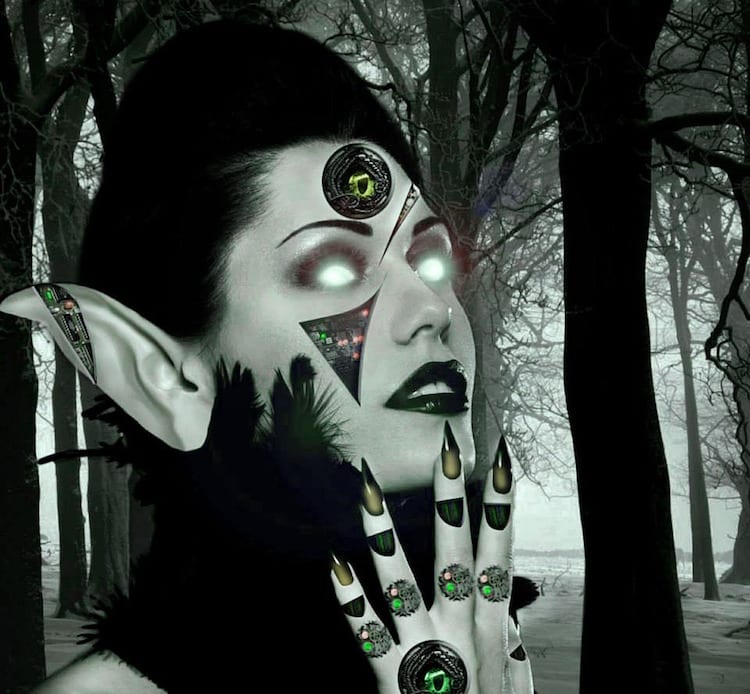 Dracula ultimately kills Lucy and nearly kills Mina, too. It takes a concerted effort on behalf of Van Helsing’s team to end Dracula for good, but not without a few more casualties.

In a Coven or other group situation, an energy vampire will eventually lash out. They might be upset by another person’s actions and start a fight. They might start a fight simply to see who will take their side. If they don’t get the desired effect, they’re likely to cause even more damage and drama. When they finally leave the group (or get expelled), they’ll probably take a few people with them because they’ve won their hearts and sympathies. If you asked them to leave or didn’t beg them to stay, you’re likely to be the ultimate “bad guy.” It can be very hurtful, but others will most likely see the person for who they are. 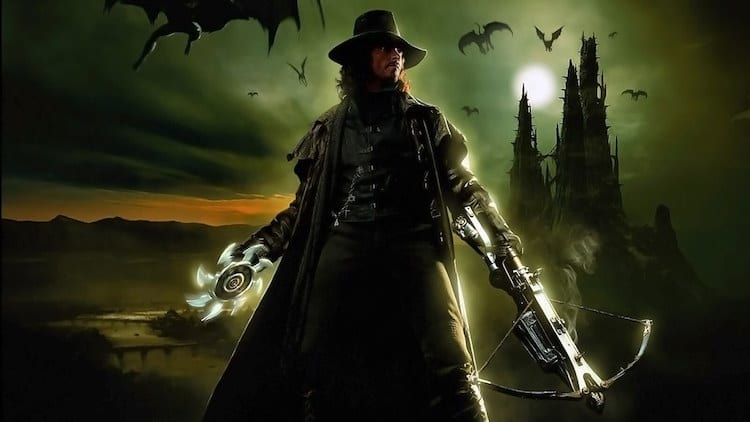 About
Courtney Weber is a Witch, author, Tarot adviser, and activist. She is the author of "Brigid: History, Mystery, and Magick of the Celtic Goddess," "Tarot for One: The Art of Reading for Yourself", "The Morrigan: Celtic Goddess of Magick and Might," and the forthcoming "Hekate: Goddess of Witches." She is a co-host of That Witch Life podcast. She has been featured in the New York Times, Maxim, Playboy, Huffington Post, Vice, and the Thom Hartmann Show. Visit her online at www.courtneyaweber.com. You can read more about the author here.
Previous Post 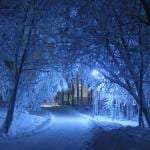 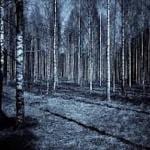 December 13, 2019 8 Ways To Invoke Solstice Season Magick
Recent Comments
0 | Leave a Comment
Browse Our Archives
get the latest from
Double, Toil and Resist
Sign up for our newsletter
POPULAR AT PATHEOS Pagan
1