The Pain Of Losing The Pack

Just last week, I was accused of something I didn’t do.

Someone I barely knew, and hadn’t spoken to in years, publicly claimed I had helped ban them from their Pagan group. In truth, I had nothing to do with this person’s dismissal. I attended and spoke at many of this community’s events, but had no organizational role with them, and certainly wasn’t involved with community dismissals. Yet my tangential involvement with that community led this person to believe that I was directly responsible.

It was an unfair accusation, but not an unfamiliar one. 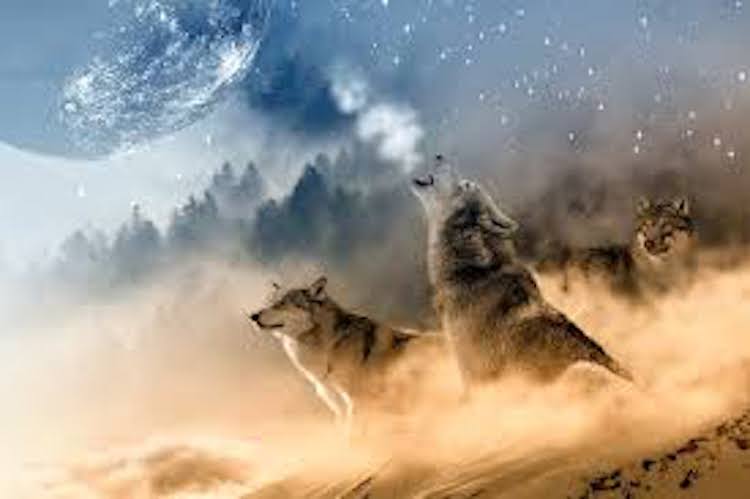 It’s been three years since I stepped down from being High Priestess of my Coven. Nothing “went wrong.” I was simply tired. It had been the main focus of my life for nine years, eclipsing my career, friendships, and even family. My husband and I wanted to move to the West Coast, and I can’t run an NYC-based Coven from Oregon. My leaving upset a lot of people. Strangely, though, few of those upset were still in the Coven. The people who were most angry had already moved on.

I was supposed to simply be there, in case they ever decided to come back. I found even stranger reactions from others.

Related content: 5 Reasons NOT To Join A Coven (Or Other Magickal Group)

In my nine years running a Coven, I only asked a handful of members to leave. Most who left did so of their own volition. The strange thing is that in the years since I left, many of these people now publicly claim that I “kicked them out.” I have the emails they sent me, detailing why they wanted to go. I remember mutually agreeable conversations in which they said their path was taking them elsewhere, or they no longer had the time to dedicate to the Coven.

Why were people claiming, so fervently, that I kicked them out when I had hard proof that they had chosen to go? 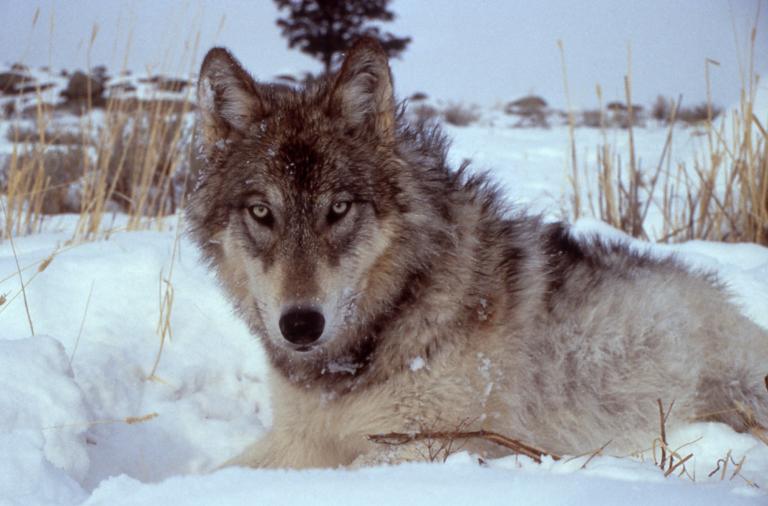 Maybe they regretted leaving and wanted to blame someone for it. Perhaps their departures were tests, waiting to see if I’d beg for them to return. I never did. Enough sordid romantic relationships taught me that begging someone to stay is never fruitful. In a spiritual group setting, one of the great hallmarks of Not-Being-A-Cult is that people can easily leave.

But I’m reading Ezra Klein’s Why We’re Polarized. (I’m only about 1/3 of the way through it so I can’t say whether I recommend it.) While it hasn’t yet clarified for me why my country is so divided at the moment, one passage in slapped me with a clarification for me why a Covener’s departure, even of their own volition, was such a jarring thing for both the Covener and those who stayed:

“We tend to dismiss the agony of social isolation or stigma as merely psychological. It isn’t. To feel abandoned by community, to fear the opprobrium of others, triggers a physical assault on the body. You may have heard statistics like loneliness is worse for you tan obesity or smoking. Medical professionals, like Vivek Murthy, the former surgeon general of the United States, say social isolation acts like a disease or an injury, crossing from psychological state to physical malady. The mechanism is evolutionary; our brains know we need our groups to survive.”

Whenever I write an article about Covens, I get a number of (frankly smug) responses that say. “This is why I’m solitary!”

But these comments also come from people who join online groups. If they were truly solitary, in my mind, wouldn’t they abstain from groups all together? Even if they don’t join a group, they are taking the time to read a Pagan blog. In a sense, they are creating a group in their mind, collecting the voices of like-minded individuals. Even if they never meet the person, the author becomes their friend and ally. How many of us were dismayed and betrayed when J.K. Rowling revealed herself to be a virulent transphobe? We felt abandoned by someone we believed we could trust, even though this person had no official role in our personal mental well-being.

Covens aren’t for everyone, but they have their place and can be great resources for many. I’m proud to say that my initiates have started excellent Covens in their areas. Covens may not be required for a person’s well-being, but the sense of belonging is. Capitalism has tried to make us believe that we are individuals when in truth, homo sapiens have always been pack animals. In a time of such rampant uncertainty, between the rise of right-wing fascism and the perils of climate change, groups are going to become even more important to the well-being of individuals.

This belonging is so crucial to individuals that even a mutual separation or departure by their own choice can feel like rejection. 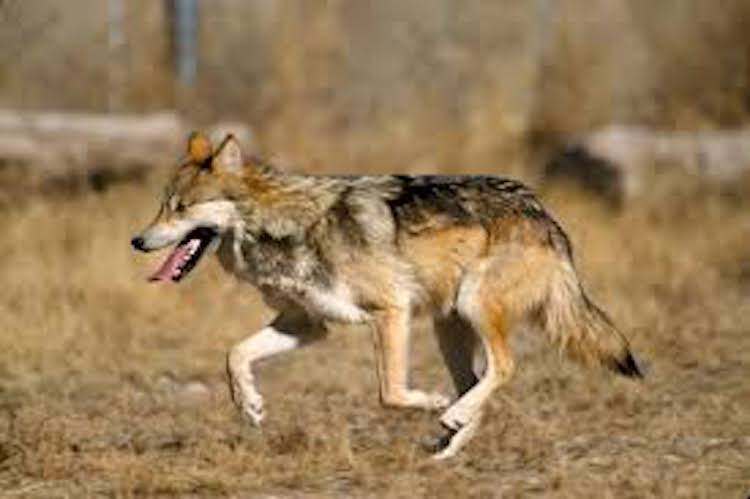 The pain of rejection can create shadows on the walls, in which we believe that everyone around us is helping in that rejection—even when that’s not true.

If we are to lead or work in spiritual groups, this is crucial to remember. However, it shouldn’t mean that dismissals shouldn’t happen. Dismissals should not be arbitrary (such as over their race, gender or sexual identity, a disability, or over a simple difference of opinion). But dismissals, too, have their place: if someone is repeatedly disrespectful, absent, violent or otherwise disruptive, they should be asked to leave. Proper dismissals are vital for healthy groups. Voluntary departures, too, are equally vital.

Here is the challenge: it is very easy for spiritual groups to become the all-purpose safe haven. They cannot be, nor should they. But the presence of such groups has likely never been more important. As they grow in numbers of total groups and numbers of members, it is crucial that group leaders or organizers be very clear about the purpose and role of such groups:

Clarity about the reality of inevitable departures within a group may help lessen the sting. And when the sting causes a person to act unkindly, we must set boundaries but with compassion. Humans are pack animals. Losing our pack, whether our choice or not, will hurt us on a level so deep we may not have appropriate words or understanding for it.

We’re in caustic times. Whenever we can invoke compassion, let’s do it. 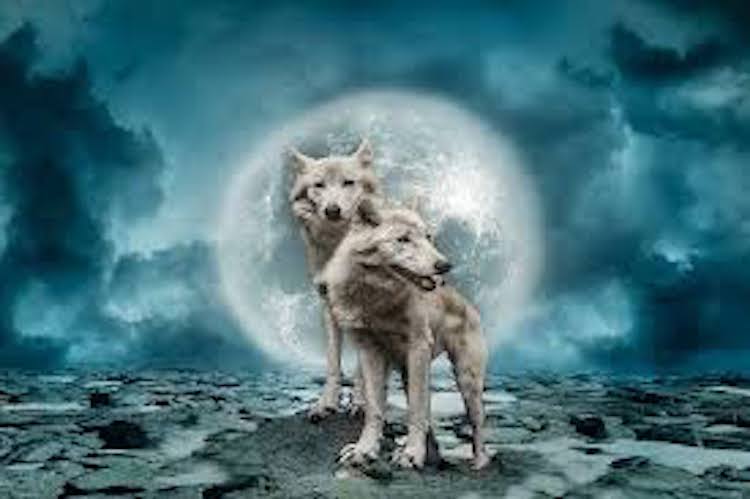 About
Courtney Weber is a Witch, author, Tarot adviser, and activist. She is the author of "The Morrigan: Celtic Goddess of Magick and Might", "Brigid: History, Mystery, and Magick of the Celtic Goddess", "Tarot for One: The Art of Reading for Yourself", and the forthcoming "Hekate: Goddess of Witches". She is a co-host of That Witch Life podcast. She has been featured in the New York Times, Maxim, Playboy, Huffington Post, Vice, and the Thom Hartmann Show. Visit her online at www.courtneyaweber.com. You can read more about the author here.
Previous Post 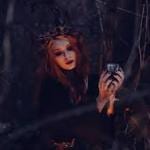 March 5, 2020 How To Do A Daily Witchcraft Practice
Recent Comments
4 Comments | Leave a Comment
"I never really had an interest in joining a cove, but when a former friend ..."
Amanda Ingalls 5 Reasons to NOT Join A ..."
"I wear a pentacle, but it's part of a design with a moon and a ..."
Amethyst 💙♌🍀🏴‍☠️ Witches–You Don’t Owe Everyone An Explanation
"That cat's face is what I see every morning about 06:30 when someone wants me ..."
Kyllein MacKellerann Things Pagan Authors REALLY Wish You ..."
"At the shop where I used to work, we had "Look-at" books that were perhaps ..."
Kyllein MacKellerann Things Pagan Authors REALLY Wish You ..."
Browse Our Archives
Related posts from Double, Toil and Resist