Is a picture really worth a thousand words? If you ask me, it’s more like 70-79 words.

A family picture falls short, way, way short of the reality of our a busy, hectic, dysfunctional, imperfect life. It doesn’t tell the whole story. Despite how it looks, a more accurate caption for this picture might be “The Worst Mother’s Day Ever!”

In fact, those were the words uttered by my sweet, caring, but imperfect husband on Mother’s Day earlier this week. He was trying to reprimand our children in the car ride on the way to church for their misbehaviors that began since they got out of bed. That Sunday morning, we all woke up late and not excited to get going. Strike one. The boys started the day by asking for electronics privileges first thing (since we had password protected most of our electronic gadgets). Strike two. That’s when I quietly reminded them that it’s Mother’s Day, hoping to get their best behaviors that they usually reserve for people outside the home.

Needless to say, our boys were not in the mood to suspend their self serving pleasurable activities to cook or clean for mom. Yet, with dad making his way to the kitchen, each boy, instead of following his lead, proceeded to quarrel with each other. Strike three. The teen had no patience for his younger sibs. The little one compared why he had to do certain chores when his brothers did not. The middle one tried to see what was the minimal he had to do to get electronics privileges asap. Then he pouted loudly about getting manhandled by a grouchy dad who was yelling at the boys for quarreling with each other.

Needless to say, the morning was filled with chaos, tears, anger, griping, and other disorderly conduct. I did my best to not add fuel to the fire by not venting any disappointments. A mother’s job is always on, even on Mother’s Day.

Then to top it off, our family of five was late for church. What’s new? And what strike are we on? On the way to church, their dad proceeded to fume at how they misbehaved, by constantly fighting, arguing, complaining and being impatient with each other. I would have personally preferred that he was more proactive with the kids and set a tone of gratitude and cheerfulness as he served. But, maybe it was our oldest who struggles with being verbally kind on random mornings that darkened the mood of the entire household? Maybe it was his incessant bickering and provoking of his younger siblings? Maybe it was the youngest one who just reacted like a puppet on strings rather than being a shining light of grace and mercy? Maybe it was the middle child who blah blah, blah blah, and blah blah?

Do you get the picture? I mean the real picture of our imperfect, often times dysfunctional family carrying on? And yet, we are still carrying on with life, just like you and your family. We made it to church, albeit an hour and fifty-five minutes later than mom would have it. Who’s griping on this Mother’s Day? Not I.

We left a behind a messy house, but at least I got served breakfast in bed. My best friend and partner for life had cooked scrambled eggs while one sweet son helped spread the cream cheese on my mini-bagel. One out of three is not bad. The kids still sulked with each other, but at least all three served me the food. And I did not have to cook or serve anyone breakfast. Then hubby got to feeding the kids so I can appreciate that too.

Whatever day it is, enjoy it with your precious brood, as imperfect as they are. And make it a great day! That goes for me, too. Smile! 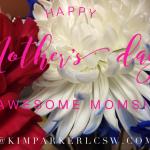 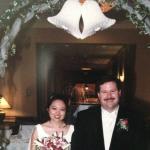 June 2, 2017 East Meets West at the Altar
Recent Comments
0 | Leave a Comment
Browse Our Archives
get the latest from
Evangelical
Sign up for our newsletter
POPULAR AT PATHEOS Evangelical
1