Biblical Justice versus Social Justice: Give Me Jesus Not Your Anger

Biblical Justice versus Social Justice: Give Me Jesus Not Your Anger March 26, 2019 Kim Parker, LCSW

In higher education today, it is widely taught that America is an imperialist, greedy capitalist, brutal colonizer of the innocent world. And chief among these sinners are white, Christian men. Therefore, caring, compassionate people need to get on the social justice bandwagon to “level the playing field” and fight the injustice. However, life and Scriptures have taught me that social justice is different than biblical justice. Christ did not come just for “the triply oppressed” or the “most marginalized people”. He came for the sinner, which means Caesar, you, and me.

Our modern Western society recognizes certain groups as experiencing more oppression than others, such as people of color, foreigners, women, children, LGBTQ, the poor, or refugees of war. Frankly, I can identify with several of those categories. Yet, here in America, I’ve experienced the opposite of oppression. In fact, I’ve been given both handouts and hand ups from multiethnic, multicultural folks of various demographic backgrounds. Yet, most were not POC or foreigners, but indeed mostly men, heteronormative, wealthy, and established citizens. After finding out more about these fine, nonoppressive Americans who’ve given to me and numerous others so selflessly, I learned that their compassion and help in most cases came from their Christian faith.

No Identity Politics in the Bible

Jesus taught that the one who owes more debt will love Jesus more when he feels forgiven. Likewise, “he who is forgiven little, loves little.” (Luke 7:41)

The emphasis from Jesus is not, “which one of you humans sin more?” Rather, the emphasis is, “which one of you is more aware that you are a sinner and in need of my forgiveness?” Neither the elite, educated Pharisees nor the “sinner” woman whom the Pharisees judged was evaluated by Jesus on their level of sin. Instead, Jesus pointed out that the woman, whose sins are many, loved Jesus much. That’s because she realized that He can and has forgiven her many sins.  So, she proceeds to express her worship and appreciation by wetting and kissing Jesus’ feet with her tears, wiping them with her hair, and anointing His head with expensive oil. (Luke 7 41-47)

Jesus did not die for only certain groups in human society.

Sure, we’ve heard of the woman at the well who was considered an ethnic minority in her region, whom Jesus gave dignity and honor to. In another example, Jesus dealt with a woman who was caught in an act of adultery by the Pharisees. We read that He did not condemn her but simply told her to “go and sin no more.” We’ve heard of the poor, the sick and diseased, the widows, the orphans, and those in prison that Jesus embraced and loved.  He showed them compassion and kindness so that they might not condemn themselves of their sins.

But Jesus also died for the rich men, for the kings and queens who realized that they, too, needed saving. His forgiveness extended to the Pharisees, who in their religiosity, missed the point. He died for the educated elite and the successful investors, if only they were to forsake their love of this world and follow His commandments. In fact, previous bloggers on Christianity Today and The Gospel Coalition have made similar points here and here.

Indeed, probably the greatest testimony for Christ came from the apostle Paul, an ex-Pharisee and a Jew. In today’s social justice ideology, Paul would be deemed as privileged as a white, Christian male American.  Jesus wanted to have a relationship with the wealthy and the elite to give them true life. He spent a lot of time talking with and trying to enlighten those who were blind or deaf due to their high status in society. He did not write them off but extended grace and truth to them also.

The High Calling for Christians

This tells me that we are all in bondage and we all suffer in this life, no matter where we live, how big our bank account, or how great our worldly influence. God uses believers on the higher socio-economic ladder to reach nonbelievers and He uses believers on the lower socio-economic ladder to reach nonbelievers. Our biggest priority as Christ followers is not to achieve “social justice” or “equality” on Earth as my brethren on the left would have us believe. That is a low bar for Christians to set for our goal.

Fighting for the oppressed and giving voice to the voiceless is a wonderful thing to do if we are led by the Holy Spirit. Anything less will not lead to righteousness or justice. Social justice in our current postmodern, post-Christian society rests on the framework of who wronged whom more and who wronged whom first. Westerners (whether white or people of color, Christians or nonChristians) who aim for this kind of “justice” in society are actually spreading more division and destruction because it is done in a spirit of anger and self–righteousness. Of course, sins against God and humanity are wrong. But zealots fail to realize that each of us can sin against God and humanity just as much as our neighbor can. Thus, Jesus gave us the Lord’s prayer as a model to teach us to reflect on our own sins (even in our diverse attempts to do God’s work) and our need for forgiveness.

Identity politics is nowhere espoused in the Bible. The distinction Jesus taught was never about skin color, religious, ethnic, or cultural affiliations or political positions.  In John 3:16, we are reminded that God sent His son Jesus to die on the cross because He “so loved the world”. The world means everyone in the world is a sinner and equally needs His saving grace. That includes the privileged Americans, too. Levels of oppression or hierarchy of marginalization and “microaggressions” are man-made conceptualizations. In God’s majestic and merciful eyes, we are all diversely, multiculturally, AND equally unholy and in need of grace.

No matter our socioeconomic status, each believer has been greatly forgiven and has a huge responsibility to shine Christ’s love to others. Singling out a social cause and judging everyone who does not see things our way as the enemy is unhelpful. Furthermore, we veer far from biblical justice to call our fellow brothers and sisters on the right names such as racist, bigot, misogynist, judgmental, evil, or unloving.

Only a perfect lamb and perfect model of truth and grace can participate in the righteous condemnation of another person or group of people. No, Christ already leveled out the playing field as the living Word of God who, for a time, walked with us in the flesh. Jesus already set the example of ultimate grace (forgiveness and servant leadership) and truth (by validating Old Testament Scriptures and adding on the new covenant written on our hearts).

Men and women of all colors, national origins, and creed have sinned against each other on all the continents throughout history. I know this not just because I studied the truth of world history, but because I came from another continent where yellow fought against yellow and millions died on both sides. And what was the war rallying cry? Social justice, equality, socialism, “everyone should get a piece of the pie”. Today, many are still healing from the scars.

Self-righteous anger will not connect us to joy or peace. Condemnation of other groups of people (for example, descendants of white slave owners in America) will only blind us from the forgiveness that Christ has already extended to us as sinners. While it is a noble and biblical virtue to fight societal injustice, to educate our fellow citizens of the plight of other neighbors, we have to be careful that in doing so, we do not drown out other voices that we do not yet understand or that we disapprove of.

What good is it to be in the vicious cycle of conflict with no end? Must someone else be nailed to the cross for the shame of sins that Christ already freed them from? How do we each become more Christlike, exhibit the fruit of the Spirit, in our being and doing?

Maybe if every believer asks ourselves these questions, we’ll have a chance at biblical justice. For all have sinned and fallen short of the glory of God. Let’s drop our fears and mistrust and model Christ’s truth and grace. Let that start with you and me, whether or not Caesar follows suit. 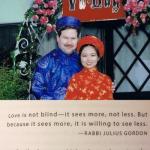 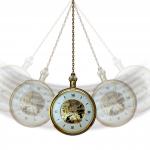