Patheos Explore the world's faith through different perspectives on religion and spirituality! Patheos has the views of the prevalent religions and spiritualities of the world.
Social workers generally use the term marginalization to refer to the discriminatory treatment of an individual or minority group of people as a lesser status than the main or majority group. These folks are to be feared or treated with suspicion as an “other”. Dehumanization is usually the marginalization of people to an extreme degree. To dehumanize is to view folks not as a different kind of human, but a lesser kind of human, a subhuman or nonhuman. The “dominant” group relegates the minority’s voice to little or none in important matters, and their stories/perspectives are not valued or equally valued. For the sake of brevity in this blog, I will use the two terms interchangeably to mean treating fellow humans with prejudice, believing they have inferior thinking and feeling ability.

In America, who claims marginalization?

1. African Americans: Many in this group are generally quick to say that native Americans or indigenous people groups “have it worse” than them.*

2. Foreigners:  Historically, all immigrants from various countries in Europe, Asia, and other continents feel the burn of discrimination and prejudice against them despite being legal immigrants and eligible for citizenship. In the last few decades, this term refers to nonEuropean immigrants, but especially the ones without legal authorization to immigrate to the US.

3. People of Color: Any nonwhite, nonEuropean Americans. This includes Asian Americans, Latinx Americans, and Black Americans. Americans of color who are younger, or who are more removed from immigrant generation, tend to see themselves as part of this “marginalized” group compared to their older counterparts.

4. Women: Traditionally, American society can be described as patriarchal like the rest of the world of old. With the changing of times came the change of perspectives and broadening of women’s rights to vote, own property, divorce, subsume traditional male jobs, even become leaders of companies and bureaucracies.  In the #metoo era, women have called for better protection in the workplace against sexual harassment and abuse of power by male authority figures.**

5. The Poor: Mostly this term is used to refer to individuals and families found in intergenerational poverty.

6. Others: The disabled (mentally, physically, or developmentally), religious minorities (historically Catholics were the minority in America, then Jews, now Muslims), and more recently folks who identify as lgbtq.

But everything seems to change with time and the pendulum continues to swing both ways.

Today, even those who are classified by social justice activists as belonging to the class of “oppressors” now cry bigotry and injustice! They, too, feel marginalized and dehumanized. This newest socio-political phenomenon may be due to the fact that in the last few decades, identity politics, Marxism/critical race theory, and intersectionality frameworks have all risen as legitimate ways of seeing culture and reality in America. Perhaps originating in higher academia, and propelled by likeminded influencers in the liberal mainstream media, these new ways of viewing the self, the country, and the world have affected corporate world policies, government rules and regulations, and church unity. Steadily, Americans are put on a hierarchy of oppression/levels of victimization chart. People that score lower on these intersectionality charts (see one example here) regardless of their behavior or character traits find themselves feeling increasingly left out, misunderstood, demonized, forgotten or rejected. And, not surprisingly, they are fighting back.

Having a foot in each door, I hear grievances from different groups of people. I used to be a refugee of war, an immigrant to America at age six, raised in welfare by nonEnglish speaking, inadequately educated Chinese Vietnamese parents. So, by today’s social work standards, I belonged to the vulnerable, “marginalized” people groups.  Except that I’ve been blessed by those who’ve been classified by society as the oppressors. Somehow, in America, in less than two decades, I flipped groups. From being a foreigner, poor, a woman of color, Buddhist/agnostic, I found myself being welcomed into the lifestyle of the middle class (some who are wealthy), Christian, multiethnic but majority white, “privileged” Americans.

United States foreign policy in the late 1970s and 1980s, allowing the immigration of hundreds of thousands of South Vietnamese refugees who escaped persecution and poverty (after a bloody communist takeover in 1975) helped. Getting sponsored at camp by predominantly white Lutheran Church in 1979 to immigrate to America helped. Helping my parents to study for the US citizenship exam helped. Being given academic scholarships for a private high school and private college education helped.

Heeding Asian cultural advice to lay low, below the radar, not rocking the boat or protesting authority (aka “the hands that feed you”) helped. Becoming a born again Christian during my sophomore year by accepting the gift of Jesus Christ helped. Graduating from a prestigious university and obtaining a graduate degree a few years later helped. Also, being married to a white Christian man (even if he was of humble means) helped.***

Finally, social work with people from various demographic backgrounds helped me to see common humanity underlying all the fears, grievances, and superficial divisions between people. As a social worker for the last twenty years and a psychotherapist in private practice for the last ten years, I have worked with numerous individuals who belong to diverse group affiliations.  I have learned from the Muslim parents trying to raise their children well, from the grieving Buddhist families trying to heal from shame, from the challenges of adoption within the same skin color and across cultural and ethnic lines. I have been blessed by the strength of my indigent (Medicaid) clients and witnessed sacred vulnerability in the ones who were living more affluently.
I’ve seen the humanity in folks who identify as same-sex attracted and also in the ones who struggle with gender identity/dysphoria. Kids as young as three and as old as seniors have blessed me with their presence. The children of undocumented immigrants have reminded me what it was like to be an “other” and to carry mature burdens at such a young age. The drug dealing dads and prostitute moms cried in my office as they received the same empathy and encouragement that I’ve gotten in life. In short, this professional work has not only helped me to stay down to Earth but also to see God.

7 Tips To Stop the Cycle of Marginalizing and Dehumanizing 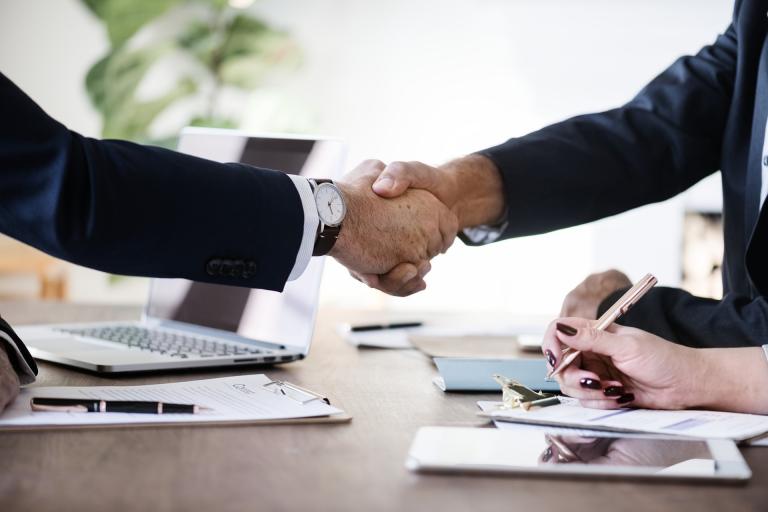 When we do for the least of these, we see and experience God.

Today, I see many on the Christian right struggle with feeling vulnerable, oppressed, marginalized, and dehumanized. I hear them cling to Christ’s comforting words, “Blessed are you when others revile you and persecute you and utter all kinds of evil against you falsely on my account.” (Matthew 5: 11) To the utter disbelief of their opponents, they are comforted by “Rejoice and be glad, for your reward is great in heaven, for so they persecuted the prophets who were before you.” (Matthew 16:24-25). And they march on in faith prodded by Jesus’ commandments, “If anyone would come after me, let him deny himself and take up his cross and follow me. For whoever would save his life will lose it, but whoever loses his life for my sake will find it.” (Luke 21:36).

When Christian left and Christian right utilize these seven guidelines, we will notice that though we might suffer and grieve temporarily, there is more understanding and connection. When we refuse to see the enemy in any individual or people groups, we’ll be anxious about nothing. We know the Truth. The Truth has set us free. The Truth is coming again.
There is great hope! Our God is as mysterious as He is great. He is as just as He is merciful and loving. Finally, He is sovereign and victorious!

* A small but growing percentage–Black conservatives and also recent immigrants from Africa– do not self identify with this victim mentality but rather with the values of conservatism and the idea of American privilege and exceptionalism.

** Ironically, traditional feminists now find themselves fighting to protect women and women’s livelihood against the new trend of degendering sports, public bathrooms, and the push to normalize objectification of women and children through legitimizing “sex work”.

*** More about our “marriage made in heaven but you must live it out on Earth” love story here. 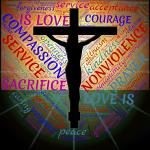 March 26, 2019
Biblical Justice versus Social Justice: Give Me Jesus Not Your Anger
Next Post 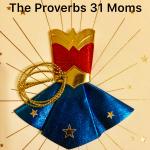