The Execution of God: Encountering the Death Penalty – A Preacher’s Review

The Execution of God: Encountering the Death Penalty by Jeff Hood (Chalice Press, 2017) 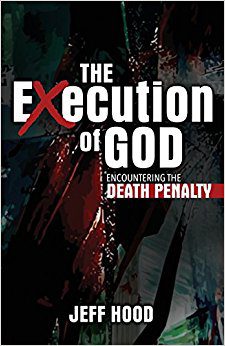 For a religion whose central figure suffered death by state execution, it is striking how silent Christian preachers are when it comes to the death penalty.  If you are a preacher, when was the last time you addressed the death penalty in a sermon?  If you sit in the pew on Sunday morning, can you think of one time when your pastor talked about capital punishment from the pulpit?

I’m embarrassed to admit that in my 17 years as an ordained minister – 16 years serving churches – I never once preached a sermon addressing the death penalty.  I led adult forums about it. I facilitated conversation with Confirmation students about it when teaching about the commandment, “You shall not murder.”  But capital punishment was never a focus for even one of my sermons.

This is, literally, a life and death issue.

The passions that arise on either side of this topic can lead to heated debates that can, in turn, reveal deep theological, moral, and ethical fault lines within a congregation.  Little wonder, then, that the death penalty is homiletical ground where angels fear to tread.

But after reading Jeff Hood’s book, The Execution of God: Encountering the Death Penalty (Chalice Press, 2017), I wish I had had this book earlier in my ministry.  Because I realize with regret that I missed countless opportunities to speak to this topic in my sermons.  Worse, I abdicated my prophetic authority as a minister of the Word to bring attention to a subject that requires much more consideration than preachers give it.

The Execution of God is an unconventional book for a far too conventional practice.  The death penalty is put on trial in Hood’s book, and the reader must decide the sentence. Part memoir, part prophetic tirade, part biblical reflection, Hood’s writing is provocative in the truest sense of the word.  Because his aim is to provoke – to unsettle, to aggravate us who live in a country where we are shockingly comfortable with the compounding of killing upon killing.  Whatever your stance is on the death penalty, I dare you to read Hood’s book and maintain the rationale for your silence – and thus complicity – with the system of death we allow in this nation.

Not a “safe” read

As a Baptist pastor, theologian, and activist working to abolish the death penalty, Hood cries out from the belly of the beast – in Texas, which is one of 31 states that currently utilize capital punishment.  For Hood, the only way to transform the discourse about the death penalty is to disrupt it by way of open-ended challenge, disturbance, and displacement.  To that end, he occasionally employs profanity and some vulgar vernacular, so readers easily offended may gasp. In other words, when using this book for studies with youth or sensitive readers, the judicious pastor will want to share key excerpts rather than the whole volume.

Equipping us for the labyrinth

But as you read about Hood’s encounters with actual death row inmates, and journey with him through the maze of biblical references that mark his quest, you realize something. Hood is taking us into the theological labyrinth that houses the Minotaur – the death penalty – at its center.  Because he has traversed these dangerous routes many times, he is able to equip us with the biblical and philosophical tools we need to defend against the beast.

For example, when responding to those who would make the case that the Bible supports the death penalty, Hood has plenty of great lines to counter such arguments (Like: “The death penalty is a moral cancer on our society primarily because it refuses to acknowledge the possibility of redemption,” [104].)

Thus, Hood is like the mythical Theseus leading the charge to finally put the Minotaur of capital punishment out of its misery. His quest is nothing less than to save the thousands who wait in cells to be sent by Minos – our criminal justice system – as a sacrifice to the devouring monster.  Along the way, he proclaims an incarnational divine love that puts its body between the condemned and the executioners.

Hood’s primary concern driving this book is that most Christians fail to recognize the stunning hypocrisy of their hermeneutical and ethical fallacies that enable the death penalty to exist.  The result of this moral vacuum is not only that hundreds of people have been murdered (including those later proven innocent), but that the very God we worship is murdered by our blood-lust.

What makes Hood’s case so compelling is his theological argument that capital punishment flies in the face of the Christian message about love.  Taking his cue from Matthew 25 where Jesus identifies himself with the ones in prison, Hood sees the Imago Dei in every death row inmate.  Such a notion is jarring, for certain. How can the monster on the gurney be synonymous with the person of Christ on the cross?  But biblically, it is irrefutable, and Hood utilizes key stories and images from scripture to make his case.  From God’s mercy toward Cain, to Jesus’ laying down his body between the Pharisees and the woman accused of adultery, the evidence for God desiring less killing, not more, is overwhelming. As Hood reminds us, “We will either love God or kill God. The death penalty offers us no other options.” 13

Hood pulls no punches when it comes to excoriating the two institutions enmeshed in the practice of capital punishment – the church and the state.  From seeing governors as Herods, to Sunday School teachers as bloodthirsty vicarious murderers, Hood utilizes the lens of execution to expose our sacrilege and build his case against the powers that thrill to see the sacrifice of death row inmates.

The Execution of God urges clergy, especially in their role as preachers, to reveal the theological doctrines that support capital punishment for what they are: heresy. The structure of Christian atonement theory is especially to blame:  “I don’t think it’s a coincidence that Christians often support the death penalty.  Deadly theology leads to deadly practice. . . We are carrying out an ancient ritual of atonement every time the state kills for us,” (110).

But we as individuals and as a society must also share the responsibility for the continued existence of the death penalty.  Hood is scathing in his observation of the business-as-usual comportment of Christians in the face of the horrors of this system:

“There will be much forgetting after tonight. People will go on about their lives as if nothing ever happened, and many will go to church.  Pastors will offer communion in the coming days.  The problem is that the communion our churches offer will not be real.  For, it is impossible to have real communion when no one knows if they will be the next one killed.  The God that is celebrated will be a fraud.  For, how can anyone claim to believe in a God that kills because of anger and vengeance?  For people who claim to follow Jesus here, we are the great pretenders. . . How can anyone feel good about being made a serial killer by their government?” (75, 82).

The prophet must needs call us to account if the mercy of God is to find its way into our hearts, our culture, our churches, and our government.

Waking up to the nightmare in order to dream

Surprisingly, Hood remains relentlessly hopeful that his growing abolition movement will eventually overcome the evil of the death penalty.  As he describes his lonesome pilgrimages to execution centers in protest of capital punishment, we rejoice to see more feet join him in the walk, and even a few minds given over to questioning their certainty that the death penalty is perfectly rational and morally permissible.

Consider, for example, Hood’s exchange with one person he encountered while walking his first execution-center-pilgrimage:

“No, I am on a pilgrimage to abolish the death penalty.”

“I am for the death penalty.  Why are you against it?”

“Because I am a Christian.”

“Because I don’t believe you can love your neighbor as your self and execute them.”

Think about that some more

If The Execution of God does nothing else for readers, it will make them think about the death penalty some more.  And if it works as intended, we will realize, along with Hood, that, “Something is happening.  People are dreaming of a world beyond death,” (12).

Preach about that some more

Hood’s book helps preachers to enter into that dream by showing us the nightmare of our current reality with the death penalty.  Now it’s up to us in our sermons to help actualize that dream and, at the very least, have the courage to address the subject of the death penalty in our congregations – especially in the pulpit.

Fire is Your Water

Eco-Reformation- Grace and Hope for a Planet in Peril

Preaching the Women of the Old Testament 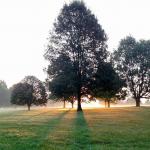 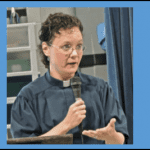 November 2, 2017 Webinar: Preaching Controversial Issues
Recent Comments
0 | Leave a Comment
"Thank you Leah … Wonderful Article.There are many Scripture verses concerning racism/bigotry/exclusion. So I would ..."
Ocelot Aardvark 6 Bible Texts for a Sermon ..."
"Unmarked vans, unidentified agents, sending the military while claiming that there is an insurrection by ..."
Michel Clergy Speak Out About Abuses of ..."
"I always wondered about all that nazi symbolism. Ever notice that nazis also had a ..."
Ocelot Aardvark Trump Has Crossed the Line: A ..."
"I have not forgotten but I have to read through both King David's and Solomon's ..."
Chari McCauley Trump Has Crossed the Line: A ..."
Browse Our Archives
get the latest from
EcoPreacher
Sign up for our newsletter
POPULAR AT PATHEOS Progressive Christian
1 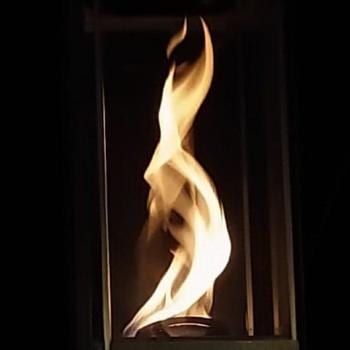 The Peripatetic Preacher Self-Denial and Its Absence
I was especially struck by the interview that President Trump conducted recently...
view all Progressive Christian blogs
What Are Your Thoughts?leave a comment
Copyright 2008-2020, Patheos. All rights reserved.