A few weeks ago, a friend and I were having a conversation during which I said that I was frustrated that most people don’t seem to understand that I first encountered Eastern Catholicism as a social justice tradition and just assumed that I got into it because of the beauty or the liturgy or whatever. It’s not that I don’t like beauty or liturgy or whatever – it is now my life – but those were things that I discovered after I was sucked in by the social justice traditions of Eastern Catholicism.

My friend said: But, Justin, the problem is that you’ve never really told anyone that you first encountered Eastern Catholicism as a social justice tradition!

I protested that I had. He said that I had not. If he hasn’t heard it – and he was there when I met the first Eastern Catholic priest I’d met in my life – then I suppose few have until my recent spate of posts. Through these posts, I have not really laid down my working understanding of ‘social justice’ yet. Likewise, I do not plan to do so in this post. Maybe when I am bored, I will write a boring one just on what I think social justice is. But, as Peter Jackson’s Aragorn says, it is not this day.

The truth is that the first time I ever saw an Eastern Catholic priest was in front of the Chinese Consulate in Vancouver on October 4, 2014. Alongside some younger Chinese Canadian evangelical Protestant pastors, this Byzantine Jesuit was leading a prayer rally in solidarity for the Umbrella Movement, a series of protest occupations occurring in Hong Kong at the time that had started around September 28, 2014 (I’d put the date earlier, but this is the usual start date).

I realize at this point that for all the times I get asked at the bar, There was a protest in Hong Kong? Amazing!, I’m probably going to need to provide some background here. Today is an especially poignant day to be writing about the Umbrella Movement because it was on December 15, 2014 that the last occupations were officially cleared out by the police. The protesters wrote #WeWillBeBack throughout their protest site before it was cleared out. In this sense, the protests are still going on. After recent elections put some of the movement’s supporters into the Legislative Council (Hong Kong’s ‘Congress,’ if you will), the Hong Kong government has been purging them by alleging that they did not properly take the oath of allegiance when they were sworn in. At the same time, the recent announcement of the Chief Executive Leung Chun-ying (otherwise known as ‘CY Leung’) has led to the political resurrection of Regina Ip Lau Suk-yee, whose support for a controversial national security bill in 2003 based on the Basic Law’s Article 23 (controversial because of its ramifications for free speech, religious freedom, and the ability to freely assemble to protest) had previously spelled her demise after over half a million Hong Kong people hit the streets on 1 July 2003 to protest the bill.

Like most other contemporary occupy movements, the 2014 Umbrella Movement was described as a leaderless movement, though by leaderless, I do not mean ‘no leader’ but ‘too many leaders.’ Part of the protests were directed at the police, who had given birth to the Umbrella Movement between September 26-28, 2014 by firing 87 volleys of tear gas into the crowd and randomly pepper-spraying people; indeed, the movement was named for the umbrellas that protesters used to ward off such police brutality. In some ways, you could even say that the police were a unifying force; left to themselves, the protesters sometimes clashed among themselves because they had too many leaders, but they were all united in resisting the police’s attempts to clear them from the streets.

Of all the demands (because, as many participants, supporters, observers, and even critics of leaderless movements will know, they often generate too many demands), the most prominent one was for genuine universal suffrage 真普選, a uniquely Hong Kong understanding of democracy in which candidates would be directly nominated by the people through a process called civil nomination instead of being put forward by a nominating committee allegedly in cahoots with Beijing. However, as the protests progressed, it became clear that many demands were emerging, including the even more controversial one to make Hong Kong into an autonomous city-state from the People’s Republic of China (PRC); currently, it exists in a ‘one country, two systems’ constitutional framework laid out in the 1984 Joint Declaration of the PRC and the United Kingdom and the mini-constitution known as Basic Law. What was common among the many demands, though, was that they held that the current establishment was hopelessly corrupt with unholy alliances among the Hong Kong government, the central Beijing government, property tycoons and speculators, religious institutions, and organized crime, and the proposals ranging from democratic reform to revolutionary aspirations for full autonomy aimed to disentangle these various collusions. As I explained this once to a Ukrainian Catholic intellectual, he said: ‘Oh, that’s similar to Ukraine. We call them oligarchs.‘

Although these political demands for material justice sound terribly secular, this prayer protest showed that they were not; indeed, it’s not for no reason that I led the editing on a book titled Theological Reflections on the Hong Kong Umbrella Movement. Indeed, the participation of both Christians and those who venerate mythological Cantonese heroes was remarkable; often, these two groups comprised the same people. In fact, much of the ire directed at the ‘religious establishment’ tended to criticize Christian institutions for trying to stay neutral in the face of social injustice, often calling them pro-establishment by default – that is, supportive of the various collusions that comprise the actually-ruling political regime in Hong Kong. This religious dynamic was especially interesting because the Buddhist, Taoist, and Confucian associations were also quite pro-establishment, but the protesters’ critiques often homed in on Christians, both Protestant and Catholic. Incidentally, this gave the protests themselves a theological tinge, because the criticism toward Christian institutions was often raised by Christians who were part and parcel of the Umbrella Movement and didn’t feel like their churches supported them. This meant that Christians were constantly engaging in theological reflection on the streets. The retired Catholic bishop, Joseph Cardinal Zen Ze-kiun, was both very publicly involved in and publicly critical of the protests, going with the students on the night that the tear gas was fired and begging the students to withdraw when he felt that they were taking the occupation too far. On the streets, priests, pastors, and preachers functioned as chaplains, and street sanctuaries were set up with bands playing protest worship music, the Eucharist celebrated, and one shrine known as St Francis Chapel on the Street even handing out antidoron, borrowing from the Byzantine practice of handing out unconsecrated blessed bread as a sign of hospitality.

Keeping all of this in mind, I showed up late for a prayer meeting in front of the Chinese consulate in Vancouver on October 4, 2014. I had heard that it had been organized by the Jesuits of British Columbia along with some prominent evangelical organizations and churches in Vancouver like City in Focus and Tenth Church Vancouver. When I got there, my friend – the one who is now calling me out for never sharing the story of my introduction to Eastern Catholicism – told me that there was a Chinese Canadian Jesuit priest who was standing on a wagon left there by another protest group that had organized something after the prayer rally, the Vancouver Society in Support of Democratic Movement (VSSDM). That was interesting because I had never seen this priest before, and he was standing with all of my second-generation Chinese evangelical clergy friends from various churches around the city (one was non-denominational, another was Southern Baptist).

My friend told me that the Jesuit had just read a statement from the current Latin bishop of Hong Kong, John Cardinal Tong Hon, and concluded that he was Cardinal Tong’s representative. I replied that I had never seen this Jesuit before, that it was unusual for him not be wearing a Roman collar, and that Cardinal Tong (unlike Cardinal Zen) is supposed to be pro-establishment. My friend said that he was definitely Catholic. I asked my friend if he had ever heard of these weird people in the Catholic Church called ‘Byzantine Catholics’ who certainly were Catholic, but worshipped in the Byzantine tradition; I had encountered them while reading Vox Nova back in the day (especially my current colleague Henry Karlson), as well as over beers with Artur Rosman in Seattle with a friend who told my Polish Dominican friend that he actually attended a Byzantine Catholic temple, to which the Polish Dominican confessed to having Byzantine heritage in his family history as well. My friend said that that sounded crazy. I said that it looked like one of these people because it said on the flyer that the priest served at a church called Eastern Catholic Church in Richmond, a Vancouver suburb of 43% Chinese people (and 63% nonwhite) where I thought I had known all of the churches from my research. I thought it was also odd that the church was just called ‘Eastern Catholic Church’; aren’t parishes named for patron saints?

Around this time, the local Vancouver paper, the Vancouver Sun, printed a front-page article that quoted a Chinese Canadian evangelical leader as saying that the protests didn’t matter to Chinese Christians, especially in Vancouver. Causing a stir among my second-generation Chinese Christian friends, it provoked us to do several things. First, I posted a takedown of the piece on my blog by demonstrating that Vancouver’s Chinese evangelicals have a tradition of political solidarity. Second, we sent letters, eventually culminating in an open letter, to the Vancouver Sun, which were posted on journalist Douglas Todd’s blog. For the letter, we quoted the Chinese Jesuit who had led the prayer rally extensively:

Soo highlights “a theology of social justice” – of “loving our neighbour, not just individually, but also on the social level” – that is common to both Western and Eastern forms of Catholic and Orthodox Christianity. Protestants would wholeheartedly agree: “Truly, I say to you,” Jesus tells us in the Scriptures, “as you did it to one of the least of these my brothers, you did it to me” (Matt. 25.40).

This remarkable consensus among Christians of different traditions means that the God we worship is deeply concerned about what’s happening in Hong Kong. After all, we believe that God is alive and has an active interest in what happens in this world.

Fr. Soo reminds us that Christians do not consider our solidarity through “a calculus of pragmatism and real-politik” because it is “ultimately a spiritual issue.” We don’t see this sense of solidarity in Chan’s response.

This post has gotten a little too long, so I will continue in a separate post to talk about what all this political talk and social justice stuff has to do with Eastern Catholicism. Also, because Fr Soo does not like to be quoted very much – the only thing that outs him is his name in the above statement – I will return in the next post to the fiction of pretending not to know his name and get on with my story. 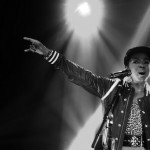 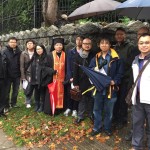