Symeon glimpsed the glory of the Lord: for the Feast of the Encounter

The Feast of the Encounter is the opening of a new horizon on the Christian calendar. On this day, the trappings of Nativity are taken down; at this time, we no longer say, Christ is born, though we continue to glorify him in our midst. The Lord is borne by the God-bearer – by the ark of the covenant whose own body is itself the temple of the Lord – into the temple. On this another of our Twelve Great Feasts, the Creator of the world enters the liturgical microcosm as a forty-day-old child, and his glory is revealed in the frailty of his flesh in his Presentation.

For those who like me are inexperienced with the stichera and the troparia of our church’s services for the Meeting of the Lord, God, and Saviour Jesus Christ with Symeon, we are tempted to think that this feast is about Symeon. I have a friend in the Latin Church who was chrismated with the name Simeon Anna and takes this day as her name day. I do not know if our sister church has an echo-feast for Symeon and Anna on the next day from the Encounter – I am much less familiar with the practices of our sister church than with our own – but we do. Tomorrow is their time; this combined feast of both the Theotokos and her Son, of which the tropar announces Rejoice, O Virgin Theotokos, full of grace, for from thee hath shown forth Christ our God, the Sun of righteousness, illumining those in darkness; be glad also, O righteous elder who hath received in thine arms the Redeemer of ours souls, who granteth us the resurrection — this day is the one where our songs are directed to the glory of the Lord.

My father was ordained a second time this day on the New Calendar, eleven years ago. His first ordination came by the hand of J. Alfred Smith, Sr., a preacher anointed by the Progressive Baptist National Convention to bring good news to the same poor to whom the Black Panthers ministered for self-determination, and his second for the Anglican Province of Rwanda. He had been called to ministry with the words of the Prophet Isaiah’s Servant Song, The Spirit of the Lord is upon me to bring good news to the poor, and as these words of grace were proclaimed over him, we all caught a glimpse of the glory of the Lord. Certainly I did. I was confirmed that day too as an Anglican, the same Spirit anointing me as a Christian in a church with apostolic succession. When that happened, I caught a glimpse of a church bigger than me. I had been an evangelical revelling in my individualistic practice. Suddenly, I was part of something bigger and much more dysfunctional, a Communion held together by ‘bonds of affection’ that was ostensibly split by sexuality, but much more by legacies of colonization and empire, by the messiness of racialization, by the urge to look respectable when the truth of human existence is that such respectability only exacerbates our capacity for self-deception and represses the death-drive until it explodes like wildfire.

The second passage for the lytia at Vespers yesterday evening is also about such a glimpse. The Holy Prophet Isaiah is in the temple, and he sees the Lord, seated on the throne, high and exalted, and the train of his robe fills the temple with glory. Pastor Smith preached on this passage at my father’s first ordination. A number of people, he said, claim to be called into ministry. But you are not called, he proclaimed, until you have seen the glory of the Lord, the brightness of which cause the six-winged seraphim to cover themselves, with two their faces, with two their feet, and with two they fly. There is no preaching good news to the poor, no work in the world for social justice, no addressing of the ecological crisis without seeing the glory of the Lord. The passages are of course connected, though the passage on the Spirit of the Lord was only read at my father’s second ordination, not at Vespers. And yet it is fair to connect them: the fifth ode of the Matins canon, which is a riff off of another passage in Isaiah on the restoration of peace and justice in the cosmos, becomes an extended meditation on what Isaiah saw in the temple, inviting us to contemplate the entirety of Isaiah’s visions with him, especially as we enter into the Great Fast and will read nightly from the Prophet Isaiah along with the books of Genesis and Proverbs for our daily education in the mystery of our salvation.

As the stichera unfold, it is precisely this sight of which Symeon has caught a glimpse. The back-side of God which Moses saw, the Lord enthroned before whom Isaiah trembled, is now before this newest of the prophets, Symeon, as a little child. This is the mystery over which Balthasar spends volumes pondering, that the theological aesthetic incarnate, the glory of the Lord, is revealed in the flesh of the figure of Jesus Christ. This is the meaning of what Benedict XVI wrote in the opening pages of Jesus of Nazareth, that while it is common for many to think that the prophets are soothsayers who tell of the future, the prophet of Israel is the one who beholds the glory of God, and that brightness, that majesty, that Uncreated Light is the Lord in the frailty of his flesh presented into the temple, the microcosm of the world he has made, the place where the oikoumēnē is shown to declare the works of the Lord and all creation sings of his glory.

It has never occurred to me now that the coincidence of us ceasing to say Christ is born and the beginning of the Preparation season for the Great Fast has been orchestrated by the church. With Symeon in the entirety of the Nativity and Theophany season that began as far back as St Philip’s Fast, we have glimpsed the Christ who is among us in his flesh: in his mother as the ark of the covenant being led into the temple, in his being born in his Nativity, in his revelation to the world in the Theophany, even in his entering the house of Zacchaeus the sinner and restoring justice in a world of economic greed. The Lord is made flesh among us, and having seen him, now we are dismissed with Symeon, him to his rest, but us (at least this year, the way the Paschal counting has worked out) to the Great Fast where we are trained to die to our flesh and live in the Spirit. In Fast after Fast, we publicans and sinners, prodigals and profligates, are slowly made into prophets with Symeon, seeing each year more clearly the glory of the Lord in the flesh of Jesus Christ. This is the meaning of being led through the Royal Doors in our chrismation to the Song of Symeon, to be dismissed when seeing the glory of the Lord that is revealed to both Jew and Gentile — indeed, to the whole inhabited earth — that in this church, we remain catechumens, repeating our lessons year after year, because we have but caught a glimpse, but the prophetic vocation that is ours by chrismation has yet to be realized in our flesh, beginning with the echo-feast where we continue to stay with Symeon and Anna for one more day before this year launching into the Sunday of the Publican and Pharisee. 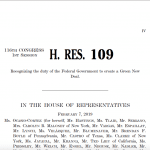 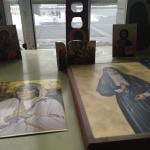 February 16, 2019 The body exists, and I am one: the mystagogy of the time of Nativity
Recent Comments
0 | Leave a Comment
Browse Our Archives
Follow Us!

If You're Angry About the Looting...
Steel Magnificat
Related posts from Eastern Catholic Person