Religion and support for torture 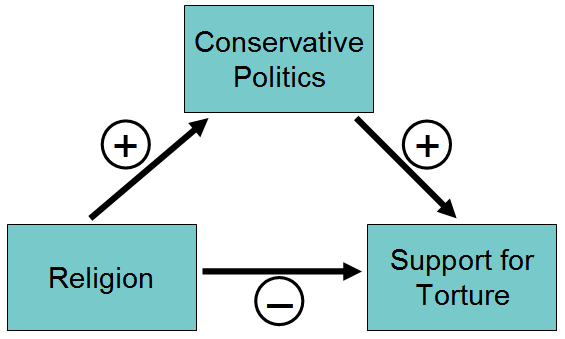 So, what do you think? Are the religious in America more or less likely than average to support the use of torture?

To find out, Arial Malka (Yeshiva University, New York) and Christopher Soto (Colby College, Waterville, Maine) used data from a couple of opinion polls, one conducted in 2004 for ABC News/Washington Post and a larger one (nearly 2,000 people) conducted in 2008 (the 2008 American National Election Studies time series).

“Some people say it’s acceptable to torture people suspected of terrorism, in cases where other methods have failed and the authorities believe the suspect has information that could prevent terrorist attacks and save lives. Other people say the use of torture is never acceptable because it’s cruel, it may violate international law, it may not work, and it could be used unnecessarily or by mistake on innocent people.”

Well, it turns out that, in both surveys, religious Americans were actually slightly less likely than the less religious to condone torture (they measured religion using a composite of attendance, prayer, and subjective ratings of importance). But that’s only half the story.

In my view, the real interest in these results is that they underscore once again just how complex religion is. I think that the motives for educated people to embrace religion differ from the motives of the less educated.As a result, the kind of religion they have, and the purposes they put it too, are different.

They make religion in their own image.

May 29, 2011
How chilled are the religious and non-religious?
Next Post