How chilled are the religious and non-religious? 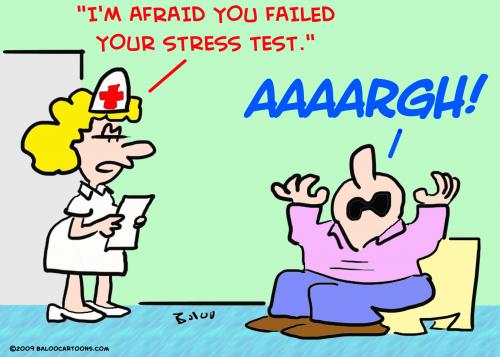 When you get in a stressful situation, your heart rate goes up and your blood pressure rises – the classic ‘fight or flight’ response. Not all people react the same, however.

So they advertised for people to come into their lab (they got 131 people in total, aged between 40-70 years). Then they stressed them!

The stress task involved a spot of mental arithmetic, followed by role-playing (having a row with a medical insurance rep over a claim – a typically American situation!). They first had to spend 5 minutes preparing (aka fretting), and the role-play was filmed – just to add to the stress.

Well, it turned out that too few religious people would admit to being solely motivated by extrinsic motives. So they only got the ‘pro-religious’, and an equal number of intrinsically religious.

Well, the strange thing was that the non-religious and the intrinsically religious reacted similarly badly to stress, while the pro-religious were better than either of the other two groups.

It’s a bit of a mystery why this should be – the researchers admit that it’s not what they were expecting. The pro-religious group also said that they thought the situation, if they experienced it for real, would not be that stressful.

Interestingly, although (like everyone) the pro-religious initially volunteered for the experiment, they were the hardest to track down and follow up on. That’s pretty characteristic of extrinsically motivated people in general – they work hard at creating an appearance of being committed and hard-working, but are less interested in following through. Perhaps they were just less empathic.

The pro-religious were also more neurotic. Neurotic people have previously been shown to react with less stress in this sorts of task.

But I think there is something else going on here. Studies of the relationship between religion and health have found that it’s not the believing that matters, but the attending. People who go to Church more often are healthier.

Going to Church (mixing with other people, using religion as a tool to improve your social status) is exactly what distinguishes the ‘pro-religious’ from the intrinsically religious and the non-religious. Could it simply be that the ‘pro-religious’ are more confident in themselves, as a result of being embedded in society, and so find it easier to brush stress off?

And might this help explain why church-goers tend to live a little longer?

Masters KS, & Knestel A (2011). Religious motivation and cardiovascular reactivity among middle aged adults: is being pro-religious really that good for you? Journal of Behavioral Medicine PMID: 21604184