Fear of death is highest among Muslims 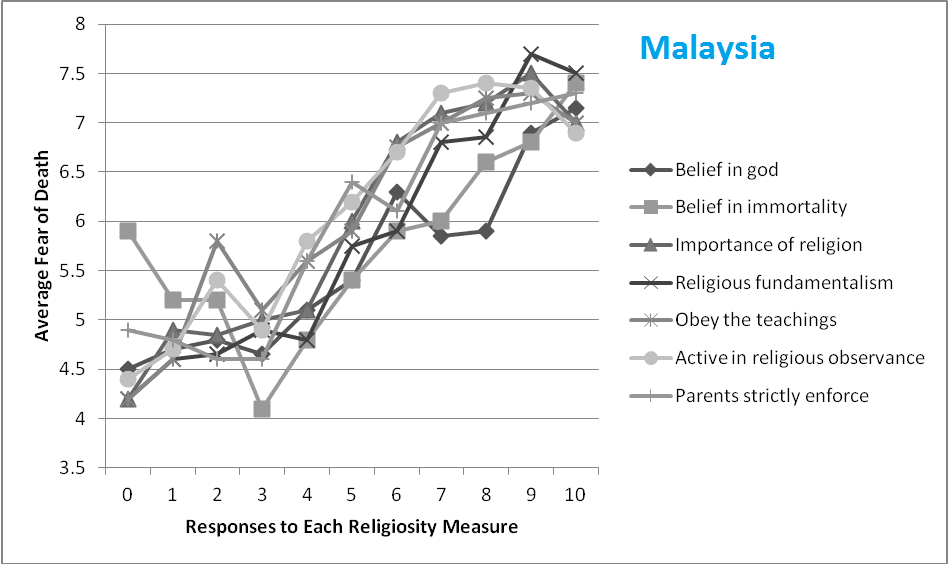 Many people assume that religious people are less anxious about death than the non-religious. After all, the most popular religions (Islam and Christianity) explicitly hold out the promise of eternal rewards for the faithful.

However, it’s not quite that simple. After all, traditional versions of these gods are also pretty vengeful, and if you believe in a vengeful god, then you have to face the distinct possibility of some pretty nasty experiences after death. After all, even holy people usually have some guilty secrets. 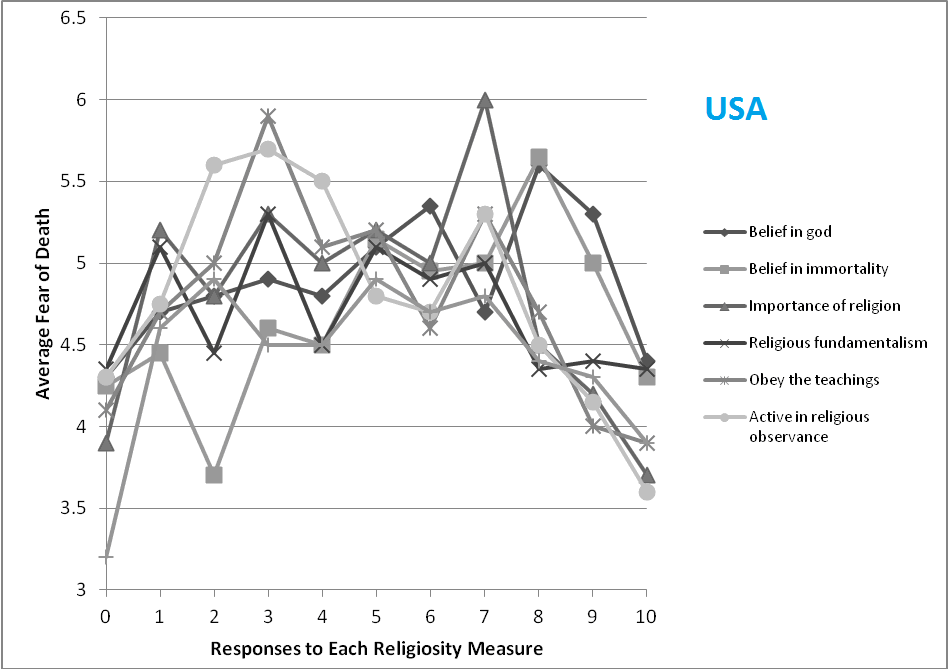 However, there’s very little international data on the relationship between religion and anxiety. A new study by Chris Ellis, along with colleagues at the University of Malaya, have gone some way to filling this hole, and the results are pretty intriguing.

They interviewed nearly 5,000 people (mostly at Universities) in 3 countries: Malaysia, Turkey, and the USA.

Even more striking were the results in the USA. Here, there was a curvilinear relationship – death anxiety was highest in those with average religious feelings.

This tallies with an earlier study, which a few years ago reported that Muslims in the UK are more anxious about death than are Christians and people with no religion.

The authors explain their results in terms of a theory called “death apprehension”. This says that religion can have varying effects on death anxiety, depending on the actual beliefs held: belief in a demanding and vindictive God and the certainty about the reality of an afterlife can both lead to more anxiety. On the other hand, abiding by religious teachings and believing in divine forgiveness can reduce death anxiety.

That’s possible, but I’m also inclined to think that Christianity has reinvented itself over the past 100 years. As social structures have evolved, the idea of god as a punisher has fallen out of fashion – indeed, many modern Christians don’t have any meaningful belief in Hell at all.

Whatever the cause of this difference, however, it’s likely that this explains the different relationship between religion and death anxiety in these nations.

March 19, 2012
Reminders of death make the non-religious more hostile to religion yet more accepting of beliefs
Next Post