I’m gonna wash that god right into my hair! 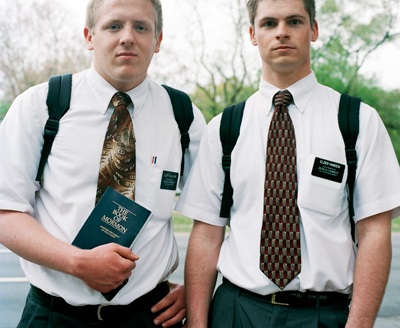 There’s an interesting link between physical disgust and moral disgust. Not only do we pull the same faces in response to both, but there is evidence that washing your hands can make you make you feel better about past transgression, and judge the transgressions of others more harshly (Lee and Schwarz, 2011).

Jesse Lee Preston and Ryan Ritter at the University of Illinois have previously shown that hand washing can reduce the sense of disgust felt by religious people towards atheism. Now they have taken a look at how cleanliness relates to religion.

Recruiting subjects through the Mechanical Turk, they found that subjects primed with religious concepts tended to complete ambiguous, incomplete words by filling in the blanks to make a word related to cleanliness (e.g., they completed W_ SH as WASH, rather than WISH).

In another study, they found that subjects primed with religion rated cleaning products as relatively more desirable than other products. As with the first study, this effect seemed equally strong regardless of how religious the subjects were to begin with.

But the third study was the most interesting. This one looked at the reverse effect: whether a feeling of cleanliness can make you more religious.

In this study, the subjects were asked to copy out and mentalize a paragraph – either describing being grubby or being clean.The ones made to think about cleanliness later reported that religious beliefs were more important to them.

In other words, just thinking about being clean made these people feel like they were more religious!

Preston and Ritter conclude that:

The present findings may suggest another important function of religion, to foster hygiene and cleanliness among its followers.

However, they do also point out that there might be other factors at work:

… purity rituals demonstrate commitment to the faith that can enhance group commitment Cleaning and grooming behavior have also been linked to social connection, and so the regimented hygiene reinforced in religious ritual could also promote prosocial behavior and large-scale cooperation within that group

But I wonder if there is another association. Cleanliness is hard work – the default, lazy option is to be dirty. It’s partly for this reason that cleanliness is a socially desirable trait – it’s a way of marking yourself out to be diligent and hard working.

In most societies, religion similarly is a marker of a diligent, person who values social approval. It’s not a coincidence that evangelicals are often the epitome of clean-cut goodness. Grunge is for outsiders!

Perhaps, then, the psychological link between religion and cleanliness is a purely social one – and a modern one at that.

After all, while the conquistadors were astonished by the public hygiene to Aztec cities, Aztec priests were, notoriously, forbidden to wash for religious reasons!

November 17, 2012
Under pressure, even scientists say things exist for a purpose
Next Post

December 4, 2012 Do traditional Chinese death beliefs increase superstition and anxiety about death?
Recent Comments
0 | Leave a Comment
Browse Our Archives
get the latest from
Nonreligious
Sign up for our newsletter
POPULAR AT PATHEOS Nonreligious
1