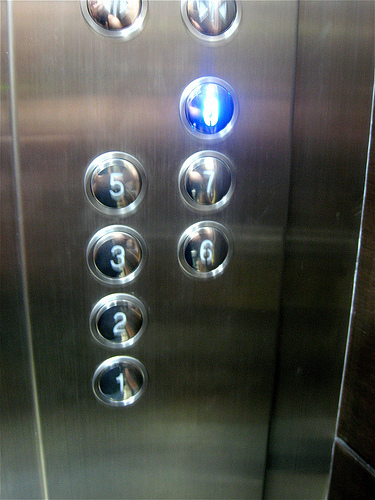 In the west, fear and anxiety over death can heighten the desire to cling onto traditional culture and beliefs, and people also often report being more religious.

But what about in the East? In China and many Asian cultures, religion plays a role that is at once similar and different to the role played by the monotheisms popular in the West.

So Shui Hung Wong of the University of Hong Kong set out to discover whether Chinese people who fear death were also more superstitious or had stronger traditional Chinese beliefs about death.

Chinese death beliefs (e.g. that “Thinking or talking about death can bring bad luck”), have previously been found to be greater in people who fear death more. Wong explains:

Many of the Chinese death beliefs aim at avoiding terror of inauspicious events (e.g., visiting others’ homes in early bereavement would bring bad luck to others, and discussing death in front of dying persons would speed up their deaths). Such death beliefs and rituals are deeply rooted in minds and observed by Chinese fearing the potential negative consequences in violating the cultural practices.

Wong interviewed 126 students at the University of Hong Kong over their anxieties about death and also their superstitious beliefs. He found that yes, stronger superstition and Chinese death beliefs was associated with greater fear of death, but the relationship was only strong for particular beliefs about death.

So, greater fear for significant others was not linked to higher superstition. Nor, particularly, was fear of the dying process itself.

There was some link to non-supernatural threats – fear of being destroyed, and fear of premature death. But, perhaps surprisingly, the link was fairly weak.

But what was strongly linked to superstition was fear of dead people, and fear for your own body after death.

So people who worry about zombies and the living dead turn to superstition to ward off these supernatural threats.

Running through the stats, Wong found that superstitions were the strongest predictor of death anxiety – even after controlling for death beliefs and other variables. In fact, once you take supersition into account, death beliefs don’t actually correlate with death anxiety.

Wong shows that one possible explanation is that death beliefs increase supersition, and that superstition is actually what causes the anxiety about death.

That’s unusual. In the West, typically what’s found is that people who cling to their deep-rooted cultural beliefs about death (i.e. religion) are protected against anxiety.

What Wong suspects is happening is that superstition is acting as a kind of addictive drug. At first it relieves anxiety, but the effect wears off and the hapless suffer is sucked into a cycle of ever more supernatural fears and superstitious remedies:

“Getting indulged in superstitions is like taking drugs, [in] that their minds could never set free from the thoughts and resulted in even higher anxiety.”