Today is World Suicide Prevention Day. I’m woefully familiar with the suicide battle. I’ve struggled with suicidal ideations & a near attempt in 1999. A close consideration in 2004. A close call in 2014. Basically,  all of my adult life I’ve struggled on and off with some form of depression: the regular kind, post traumatic stress disorder, P.M.D.D. and two bouts of postpartum depression. As of today, I’m 8 weeks out from having a newborn, wading through some form of Baby Blues praying it doesn’t evolve into another heavy round of postpartum, but is likely more a symptom of situational life stress.

A lot of my struggles with mental illness issues come directly from childhood trauma that bled into teen trauma, that bled into college trauma, that bled into marriage, life & situational traumas. Some of my own doing…divorce, addiction and such. For those of us whose family of origin has rarely given us a break to catch our breath it can be extremely difficult to stabilize mentally while juggling ongoing family trauma which creates major situational life stress on top of the oppressive blanket of depression in whatever iteration it’s currently taking. Basically, you might want to die every other year or so. And that’s where I’ve been hovering since I was about 16. I’m 39.

In 1999, the family trauma had gotten to me. I was struggling with depression. I’d began therapy just a year before where we had unpacked the trauma of my childhood. It was eye-opening. Where I’d previously defended it I was now facing how severe my abuse had been and how dysfunctional my family was. The weight over the course of that year was emotionally oppressive. I don’t have enough time tonight to describe what that year was like to wade into but let’s land on this : I was very depressed. I probably had zero serotonin. My mother was mentally ill and had taken a huge turn for the worse. We lived alone together when she began to emotionally taunt me. Again, very hard to describe that phase, but watching her break-down and ensuing confusion of how she took it out on me was excrutiating as well as deeply concerning to anyone I trusted with the information. I was planning to get married within the year, but had many conversations to find a way to get out of the home quicker for fear of my safety & emotional sanity. The combination was a bit much.

On this evening, my mother had began another round of emotional taunting through delusions that were hurtful and embarressing to me in front of my fiance. It broke something in me. I went into my room to cry. I sat on the floor heaving a bit when I knocked my backpack over. From that angle my Swiss Army knife slid down into site. I carried the knife because I attended University on a campus in Downtown Detroit & often stayed late to study. I grabbed the knife and something (or someone) told me to cut my wrist swiftly. I let out a deep, guttural moan & pressed the blade into my wrist. At that moment, my fiance came into the room and took the knife from my hands. Something (or someone) had also told him I might end my life in that moment. I hadn’t even punctured the skin before he removed it from me. It’s hard to say whether or not I would have followed through, but what I remember is the strength of the desire to do so.

Later in therapy we made an official looking contract of what to do in crisis. Step 1 was to call Jean. That is still my step 1. She is my sister & my heart. She has talked me off a cliff many, many times. 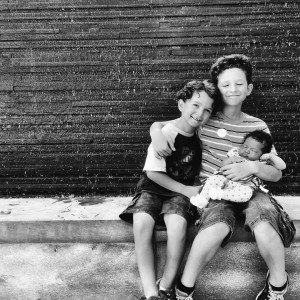 That was 1999 & it’s 2016. My list of what I would have missed would be a mile long. Since then I’ve married & divorced. I’ve given birth to 3 beautiful children. I invested more than a decade helping to build a ministry for black college students that I’m extremely proud of. I’ve built an endless number of beautiful relationships in that time which remain priceless and treasured.

What I will share that I’ve learned in these past 17 years since that fateful night is that each time I’ve wanted to die, I truly believed –in that moment– there was nothing left for me on this earth and that I’d never again feel anything more that utter misery. Each time I’ve not attempted suicide when considered, I was relieved to later find I felt hope, or love, joy or even peace. Or the moments when I knew there was more for specifically me, Grace Sandra to do on God’s shiny blue marble. I try to cling to those memories, over & over again. I cling to my faith in the most desperate moments. Maybe perhaps because God’s presence has never felt so clear.

God’s grace has been big & wide on my life. And I’ve leaned in hard on this issue. For those of you facing this same struggle, I pray you will cling as I have, to The One who brings hope. 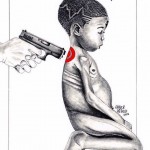