Why Is There a Refugee Olympic Team?: Dara Lind

Why Is There a Refugee Olympic Team?: Dara Lind August 7, 2016 Eve Tushnet

explains how being a refugee is changing:

The Refugee Olympic Team (or #TeamRefugee) is the first time refugees have been represented at the Olympic Games.

And by representing the 19 million refugees and asylum seekers displaced around the world, the team is an inspiring symbol of internationalism. Its 10 team members, who have been displaced from five countries to five other countries, embody tremendous fortitude, discipline, and courage.

But the Refugee Olympic Team is also a symbol of the failure of the international community. In 2012, the year of the last Summer Olympics in London, there were only 11 million global refugees. Four years later, that number has increased by nearly three-quarters — both because of new and worsening crises and because, more than ever, longtime refugees are unable to go home.

more (including some powerful personal stories about the team members)

August 5, 2016
"Inside the Deadly World of Private Prisoner Transport": The Marshall Project
Next Post

August 7, 2016 Prophet and Loss: I watch "Roger and Me"
Browse Our Archives
get the latest updates from
Eve Tushnet
and the Patheos
Catholic
Channel
POPULAR AT PATHEOS Catholic
1

Catholic
A Lie Is a Wish Your Heart Makes:...
Eve Tushnet 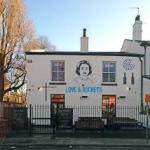 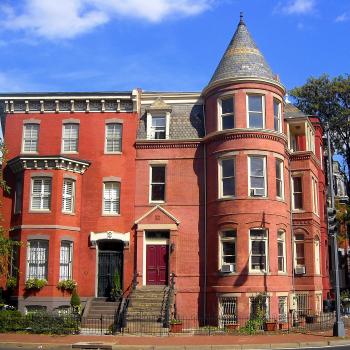 Catholic
If My Heart Was a House You'd Be...
Eve Tushnet
TRENDING AT PATHEOS Catholic