Ms. 45: Abel “The Addiction” Ferrara’s 1981 rape-revenge film, starring Zoe Lund as the mute seamstress-turned-vigilante Thana. This is an urgent thriller whose ’80s glitz and grime never get in the way of its empathy for its heroine. Even when she’s packing heat in her sexy-nun Halloween costume, Thana is more subject than object. Honestly, this is brilliant, one hour and twenty minutes of the ecstatic rage and vindication of a Kathleen Hanna howl. Some may find that Thana’s muteness–and her one, final line–go over the top into kitsch, but it all worked for me. Also, the grapevine headpiece on Thana’s landlady is the most epic fashion choice I’ve seen in a long time–and I just watched Johnny Guitar.

Johnny Guitar: From the moment Joan Crawford appears at the top of the stairs, in her riding pants and her eyebrows and her affronted ferocity, I was in love with this movie. In Glorious Trucolor, like your fever dream of Technicolor. Crawford is Vienna, the saloon owner whose canny dealing has put her right on the spot where the railroad is coming through, so if she can hang on to her land she’ll be Lady Croesus in a year’s time. But her nemesis, the bank owner Emma (Mercedes McCambridge, with an old biddy’s voice in a young striver’s body), wants to run Vienna out of town and either win or kill her man, the possibly-gangster known as the Dancing Kid. But there’s a new man in town, the mysterious Johnny Guitar….

Oh gosh, this is so great. Vienna and Emma’s first confrontation sizzles. (Not for nothing, even when Joan Crawford is in the arms of her man she looks like she just stepped off an Ann Bannon cover.) Crawford’s face just pulsates with emotion, it is too much, it is perfect. Everyone speechifies and declaims. The honorable, but not respectable heroes battle the respectable, but dishonorable villains. Double-crosses, beautiful losers, gunplay and waterfalls and fire and whiskey, it’s all here. My sole criticism is that you don’t get to see what happens to Vienna’s land and saloon. I could’ve used a “One Year Later” coda just to really rub it in.

Unmissable. Give yourself to this film, don’t judge it, let it take you.

Sneakers: This is basically dumb fun with a veneer of smart fun, a post-Cold War caper about a group of guys with shady pasts who make a low-rent living breaking in to high-security buildings and briefing the security teams on what they need to fix. The guys–plus one lady, played wonderfully by Mary McDonnell but I wish we’d gotten to learn something about her shady past–get caught up in a war between many, many intelligence agencies, for a codebreaker box which could bring down “the whole system.” But the secret of the box leads to a confrontation with the team leader’s own past, a reckoning with that snowy night in December 1969 when his best friend was arrested and he got away….

Fast-paced, utterly enjoyable, with a quick gloss of politics (Martin and Cosmo have a real Xavier-and-Magneto vibe, but with #fullcommunism instead of mutant rights) and Mary McDonnell–what more do you need? Watching this right after Johnny Guitar I noticed how McDonnell has that Crawford trick of always looking bruised and soulful even when she’s smiling. She’s contemporary where Crawford lives outside of time, and she has tenderness in place of Crawford’s constant look of betrayal, but she steals scenes here against an all-star cast including e.g. Robert Redford and Dan Aykroyd.

August 30, 2018
"Voluntary Compliance": Help Me Find an Agent/Publisher for My Second Novel
Next Post 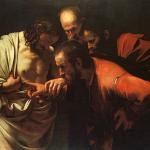 September 4, 2018 A Cloud of Witnesses
Browse Our Archives
Related posts from Eve Tushnet

Uvalde children massacre: Will nothing change?
Soon after the Sandy Hook shooting in 2012, I read an excellent...
view all Catholic blogs
Copyright 2008-2021, Patheos. All rights reserved.