Rafiki: This is two well-worn storylines–Romeo & Juliet plus coming out amid religious homophobia–made distinctive because it’s a) set in Kenya and b) great to look at. The daughters of rival politicians fall in love, one is high femme and one is soft butch, everyone’s clothes are fabulous and the setting is full of color and verve; and there are beatings and exorcisms and jail, and then a very rushed happy-ish ending. Definitely worth watching if you’re interested in the genre or setting.

White Nights: Mikhail Baryshnikov and Gregory Hines play parallel lives–a Russian ballet dancer who defected from the Soviet Union, and a black American tap dancer who fled US racism but ended up in Siberia. When Nikolai’s plane crashes behind the Iron Curtain, Raymond’s Soviet handlers assign him to watch their prisoner. But these enemies start to respect one another, and their friendship, forged in desperation, leads them to plan an escape back to the West.

This is a good Cold War flick that punches above its weight for two reasons: first, the hard edge of Raymond’s experience of racism, and the knowledge that his “escape” at the end is even more partial than Nikolai’s; and second, the immensely pleasurable use of dancing. Baryshnikov is a legend, he contorts and leaps and it’s amazing; Hines is hunchy and ironical, loose-limbed and edgy. They trade styles, they dance in tandem, and the contrasts and interplay of their dancing follows the plot to a showy and stylized degree. I’d watch this movie with just Baryshnikov but throwing Hines into the mix was a stroke of genius.

Thief: So there are two things to say about Thief. The first is the thing you maybe already know, which is that it’s a 1981 Michael Mann joint and gosh, he directs the living daylights out of this thing. The first shots are all rain-washed city night, we plunge down a fire escape in the night rain and I want to marry this movie. It’s gorgeous. Everybody’s always standing in front of huge sad windows or having melancholy car chases. You people have already been subjected to my Miami Vice emotions but this thing is just a jewel-toned neo-noir beauty. (I note that Mann already has the trick he used constantly in Miami Vice of cutting away just a split second before you think he will. Unsettling and hot.)

And the second thing is that it’s noir in outlook as well as in its stylized grime-luxe look. I was surprised to find myself getting very emotional about this movie. James Caan plays a safecracker who hopes that One Last Job will net him enough money to settle down with the woman he loves and raise a kid. The two central scenes are the diner scene, where Frank (Caan) and his lady (Tuesday Weld) sit in front of a huge sad window and he tells her how he survived in prison, and then the scene where they try to adopt a child. These are wrenching scenes which made me totally committed to Frank even as he made plenty of bad decisions, and became complicit in at least one truly awful thing.

Both of the romantic leads do some noticeable acting. I eventually settled into it with Caan; he speechifies, his whole face always rears back from you, braced and hardly believing what he’s got coming to him. Weld struck me as a little too bland to pull off the actressy, “you can’t call it bad acting if it works” style of e.g. Jamie Gertz in Less Than Zero. She gets no help from the script, though, as her part’s badly underwritten. Willie Nelson and James Belushi linger around the edges. 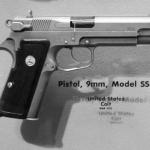 June 27, 2019 Eight "Catholic Horror Films" from a Global Church
Browse Our Archives
get the latest from
Eve Tushnet
Sign up for our newsletter
POPULAR AT PATHEOS Catholic
1

Cancel And Replace The March For...
A Little Bit of Nothing
Related posts from Eve Tushnet 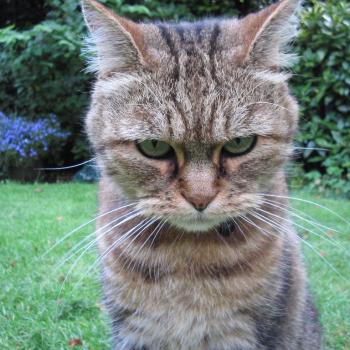 Justice Sotomayor's Pro-Life Dissent
Early this morning, at 1:23 AM, with just over a hundred...
view all Catholic blogs
Copyright 2008-2020, Patheos. All rights reserved.