So I just finished two slender novels released only a year apart, which read like they come from completely different eras. They’re both tales of the romantic longings and disappointments of a risk-loving chick, a child of divorce not yet old enough to drink legally; they’re both gabby, slangy tales about a material girl who wants something more than just another cute outfit but doesn’t know why. One of them is better than I expected and the other is a bit worse, but also a bit weirder, than I remembered.

Jay McInerney’s Story of My Life was published in 1988, and Francesca Lia Block’s Weetzie Bat in 1989. (I know, right?? Block seems like such a desperately ’90s writer–although also, as you’ll see, very contemporary in some ways I disliked.) McInerney’s antiheroine Alison Poole is an acting-school cokehead who pays the rent by pretending she needs abortion money. God, I loved her. I mean, I hated her at first, I felt like her narrative voice was all ’80s cliches (and there are some of those), but at a certain point I realized that she’s one of those luckless, careening disasters who has a code, a personal code of honor, and it’s an absurd code but so poignant in its blatant inadequacy. Alison’s code is honesty, which is hilarious since she surrounds herself constantly with liars and users. She expresses her sincere love for these creeps with all the self-awareness of a literal cocker spaniel. Alison loves everybody, even men!–after all, they’re “the only other sex we’ve got.” So I adored her and saw in her hints of that humility which is impossible to distinguish from damaged self-loathing.

Ninety percent of the movies and novels of the ’70s – ’90s are about beautiful catastrophic people getting taught a good hard lesson. There’s a generational masochism there, a repetitive reenactment of our discovery that everything we want really hurts people, and I am HERE FOR IT, people. I’ll always read that and I’ll always relate to it. The Secret History is imo the best of these tales, just because the characters are explicitly seeking sublimity rather than simply pleasure; but all pleasure-seeking is ecstasy-seeking, I think, doesn’t Chesterton say that the man who enters the whorehouse is seeking God, etc etc. (What is the whore seeking, I know I know, but that GKC line was genuinely crucial to my conversion, so I gotta respect.) Anyway the pop culture of the ’70s – ’90s is just pleasure-seekers discovering morality, over and over again like cats with gravity, I’m all about it.

Story is a morality tale and so Alison’s seeming shallowness (she isn’t THAT shallow!) comes pre-judged. Weetzie Bat seems like it’s supposed to be deep, and keeps heading into deep waters… but then plowing right back out at top speed. Block’s narrative voice is always sugar-shocky, glitter and feathers. Weetzie feels ultra-’90s, maybe because of the weird collision of childhood and adulthood all the characters seem trapped in. Weetzie infantilizes herself, she’s twee avant la lettre, and before I yowl and hiss more about what I disliked here, I’ll say that what everyone picks up on in this book is its joy. Weetzie loves Los Angeles, “Shangri-L.A.,” and her book is a love letter to a despised city, a genre I always love and respect. Weetzie is buoyant and she loves generously even when it’s tough. A lot of readers found her a breath of fresh air amid the era’s reflexive cynicism.

And yet. As soon as I finished rereading Weetzie I went online to read a bit about contemporary responses to/nostalgia for the book, and a recurring theme is that even those who love Block’s work find it somehow hollow. Frankie Thomas suggests this hollowness is due to the recurring romanticized anorexia (and what she perceives as a suppressed bisexuality, though judging solely by Weetzie I don’t know, that’s a book desperately centered on men–even Weetzie is more a costume than a person and there are no women friends or mentors). But it’s not only that. Weetzie Bat opens with an aria about everything there is to love about Los Angeles… and it’s a consumer catalog, a list of things you can eat and celebrity memorabilia. This is a book animated by delight, but a startling proportion of the things that delight Weetzie are things. She’ll always tell you everybody’s clothes and what they ate (where do these people get their money?), everyone’s always shopping and people of color are basically fashion accessories. LA poolside materialism can be endearing in a certain silly way, but Weetzie Bat endows it with a mystical power, as if all these consumer choices really mean something about who the heroine is.

And then the book swerves bizarrely, in its most genuinely countercultural move, into a paean to domestic happiness. Weetzie and her gay BFF Dirk settle down with their cutesy mates. Weetzie wants a baby but her man My Secret Agent Lover Man (this is his name, I hate this) does not because of overpopulation and nuclear war (oh how times change!), so Weetzie secretly has a threesome with Dirk and his boyfriend and gets her baby. There are various breakups and some cheating, and another child gets literally left on their doorstep, and Weetzie takes the kid in. She insists that it’s always better to love, even in the age of AIDS, even in the face of global catastrophe; always better to love and have babies. Block is totally blunt about how Weetzie wants a baby and that’s good.

Which… I would love, except… everything Weetzie wants is good! Because she’s a Good Person, my least favorite thing. This is a wholesome book about how You Are Good, your desires are holy; nothing Weetzie does is ever (presented by the narrative as) really wrong. Where on earth is the appeal? What can this book say to real people?

In my experience both these moral tales, the one about how you’re bad and the one about how you’re good, will trap you in a spiral of self-obsessed judgment. Weetzie loves, because she wants to love and what she wants is always good; Alison isn’t sure what she can love now that she’s realized that what she wants is often bad. I was left longing for a story about something greater than morality, greater than my personal goodness (lulz) or badness (yikes). John Hughes, in The End of Work: Theological Critiques of Capitalism, argues that only theology can justify and guide an education of our desires: “[C]apitalism and nature contain no immanent dialectical critique; a different practice of desire is needed.” 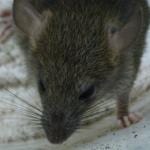 October 10, 2019 To Make Catholic Writers, Make Catholic Readers
Browse Our Archives
get the latest from
Eve Tushnet
Sign up for our newsletter
POPULAR AT PATHEOS Catholic
1