Evangelical pastor, Joel Hunter, says he plans to vote for Joe Biden because he wants to change the culture around abortion, not just the policy. He says, “We want to make sure we are pro-life—comprehensively.”

Hunter says that following the “Love thy neighbor” commandment will reduce the need for abortion by providing support to women who are struggling.

He also reminds Evangelicals that God cares about every life equally, not just the unborn, and that, as Christians, we are called to stand up for everyone.

Hunter says that Trump’s approach to policy has severely undermined our nation’s service to the less fortunate and simultaneously sowed extreme division across the country. Because of this, Hunter reasons that “there are a lot of folks who voted for Trump the first time who will not vote for him the second time.” 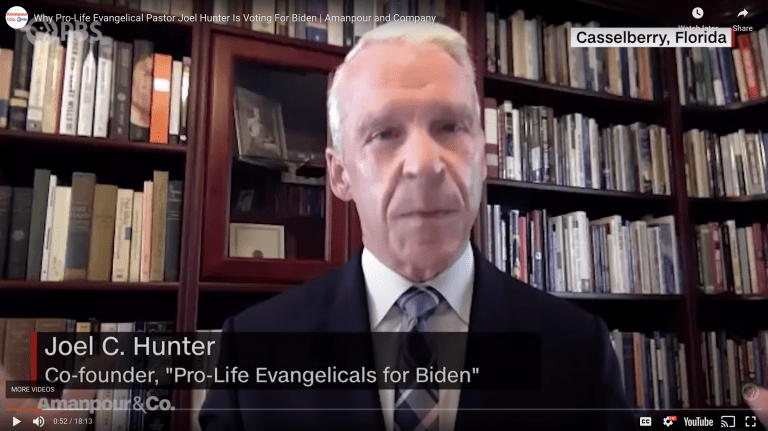 October 16, 2020
Restoring the Soul of North Carolina
Next Post