Why Walt Disney World is our Favorite Place to be a Family September 4, 2013 Bill Blankschaen

The important thing is the family. If you can keep the family together–and that’s the backbone of our whole business, catering to families–that’s what we hope to do.  ~ Walter Elias Disney

Over the Labor Day weekend, I talked to a few friends who are traveling to the “Happiest PLace on Earth” in the coming weeks. The conversation reminded me of some of the best family times we’ve ever experienced there at the house the Mouse built.

Walt’s dream for Disney parks was inspired by his desire to share the fun with his children instead of simply sitting on a bench and just watching with other parents. His vision of creating a safe place for families remains mostly true today, especially at Walt Disney World (WDW) near Orlando, Florida. Our family visits Disney World as often as we can because it’s a place where our family can just be a family. And that’s rather rare these days.

Our Mayberrys are fading, unfortunately. We don’t find many safe places for families to relax and have fun together anymore. Instead, most entertainment seems designed to appeal to one age group or another. Even church often splits us into factions. That can’t be good when we feel closer as a family at Disney World than at most Sunday morning worship services. [ See my post Where Have All the Children Gone in Your Church? ]

For our family, WDW gives us a protected place to have fun together without worrying about constantly censoring most the stuff our current culture throws at us. Profanity is rare, manners are almost always polite, and a spirit of generosity pervades the entire resort (well, maybe not at Downtown Disney on Christmas Eve). Our favorite time of year to be at WDW is during the early Christmas season when “strangers we meet all seem like friends” and greet one another with a hearty “Merry Christmas!” It’s hard to teach that to kids anywhere else — well, except maybe some places here in the South.

Most importantly, we adults can relax, unplug from other responsibilities, and be encouraged to dream big — a dangerous combination indeed.

Safety is the highest of priorities at Disney which allows us as parents of six kids to take a deep, cleansing breath. We still keep an eye out, of course, but we know that if one child gets separated, Disney is ready for that. We’ve lost most of them at one time or another. Disney casts members have always exceeded our expectations to WOW us with their care for our kids. Don’t get me wrong, I know it’s because we paid to get in, but it still doesn’t happen in most other places.

The Art of Disney WOW

We’ve experienced their WOW guest service many times, but here are a few occasions:

I could go on, of course, but you get the idea. We visit WDW as often as we can to invest in family memories. We’ve had to get creative on funding the trips and partnering with extended family and friends to make it happen, but we choose to invest in visiting a place where our family can be a family. We try to be intentional about developing a close-knit culture that we hope will define our family for generations to come.

Tomorrow, I’ll share a few of our favorite things at WDW that help make those family memories special.

Have you been to the “Happiest Place on Earth” and how often? What’s your favorite family memory there ? Share your story with a comment. 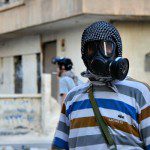 August 30, 2013
Leadership Lesson from Obama and the Syria "Red Line"
Next Post 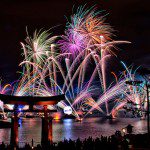 September 5, 2013 See a Few of our Favorite Things at Walt Disney World
Recent Comments
0 | Leave a Comment
Browse Our Archives
get the latest from
Evangelical
Sign up for our newsletter
POPULAR AT PATHEOS Evangelical
1