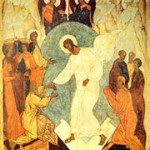 State and federal laws and constitutions prohibit discrimination based on religious belief.  Ironically, American’s are 53% less likely to support someone for president who expresses disbelief in God, according to a recent Pew Research poll.

Marriage equality has more popularity with a growing number of Americans than honest, hardworking professionals who, for understandable reasons, are without a belief in a higher authority.

A presidential candidate with integrity, character, and experience in a committed, loving marriage would still be viewed negatively if he or she had no belief in a higher power.

Although I haven’t see any polls on the subject, it’s likely a non-believer may not do much better in a competitive, fast-paced work environment when a senior manager needs to choose among two equally ranked candidates for a promotion and one is public about his or her absence of faith.

The 2014 Pew results, when measured with the 2006 findings of researchers at the University of Minnesota (UOM), are not much different.

According to the earlier UOM results, “American’s increasing acceptance of religious diversity doesn’t extend to those who don’t believe in a god.”

Why would any person of faith avoid or exclude a person without belief or unsure of a higher authority?  In my observations it comes down to fear and ignorance.

There’s a larger irony among persons of faith, especially those whose religion calls them to love more, judge less, and build community.  In light of the percentage of believers sent to prison, the wars caused by corporate religion, dwindling attendance at places of worship, the failure by believers to own a holy book of their faith or reading it on a regular basis, and the growing trend in the South to permit guns to be carried into places of worship, among many other things, irony, if not hypocrisy, abounds.

Atheists, agnostics and humanists tend to be intuitively bright and in my personal experiences are kind, compassionate folks with a very strong sense of ethics.  They are sometimes more genuinely spiritual than those who profess faith.  Yes, an atheist, agnostic or humanist is a very spiritual being who can have transcendental experiences, like when time stands still as they hold their baby for the first time.

I don’t distrust them anymore than I would a person of faith.  And I’d vote for an atheist as America’s next president, if he or she demonstrated traits I thought necessary to lead the nation.

A non-believer has never made me afraid or spiritually insecure.  If they did, then I have to ask why they threaten me and how strong is my faith.  If I’m threatened then it’s an opportunity for me to examine my faith and perhaps deepen it.

Atheists, agnostics and humanists, as well as persons of faith, are sisters and brothers who have much to teach me.  I welcome their views.

I also want them at my table to share a meal.  They often provide good conversation challenging me to think.

Paul Jesep is an ethicist, attorney, personal and corporate chaplain, and founder of CorporateChaplaincy.biz, a firm committed to the spiritual wellness of professionals and organizations.  He is author of “Lost Sense of Self & the Ethics Crisis: Learn to Live and Work Ethically”.

June 24, 2014 What do you do?
Recent Comments
0 | Leave a Comment
""How do we best communicate with others who think differently?"we listen to them, we respect ..."
Christiane Smith During Lent sacrifice ‘time’ not chocolate: ..."
"i think they should be allowed to bring in politics but lose their tax exempt ..."
Brandon Roberts Trump candidacy makes case for separation ..."
"Sadly, some evangelists are doubling down on the hate...."
Nunya Christians supporting LGBTQ children of God
"Religious freaks are starting to realize that bad publicity for their fraud might hurt their ..."
Myles Christians supporting LGBTQ children of God
Browse Our Archives
get the latest from
Progressive Christian
Sign up for our newsletter
POPULAR AT PATHEOS Progressive Christian
1