Human nature fascinates me. Every one of us does things, for good or ill, because of past experiences. Kim Davis, the Kentucky clerk refusing to issue marriage licenses to same-gender couples is no different. She’s allowed herself to be arrested for her religious convictions, though it was avoidable had Davis permitted deputy clerks to issue licenses instead.

She’s now being blasted as a bigot, a hater, and now a hypocrite in light of infidelity and several failed marriages. Yet the clerk, misguided, uninformed, and failing in her official duties, doesn’t deserve the verbal and psychological abuse that’s now burning up social media.

Think about how this wounded soul’s infidelity and failed marriages has impacted her world view. She’s acting out. Davis is projecting personal fears and insecurities onto others.

If you’ve ever worked with a bully, control-freak, or an angry co-worker, you may realize they’re highly insecure or lash out because of fear or anger. As another example, an abuser (man or woman) in a domestic violence situation is acting out their trauma and continuing a pattern likely learned early on from childhood abuse unleashed on them by a father or mother.

If we take the time to understand what drives people whether obesity from anxiety-eating or fear of changing God’s law, it provides insights and a better chance to change hearts and minds. Simply calling Davis hateful or bigoted is unproductive. Kindness and compassion is needed.

The clerk believes by issuing licenses to same-gender couples she’ll spend eternity with Lucifer. Whether you think Lucifer and eternal 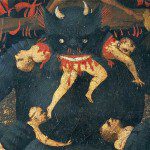 damnation is nonsense, as do I, is irrelevant. It’s what millions of Americans believe who must be engaged in a larger discussion about faith and marriage equality, if hearts and minds are to be changed.

This of course doesn’t excuse her conduct. Nor does it mean she shouldn’t be held accountable for failing to execute her duties as county clerk. Davis, however, remains a human being and shouldn’t be demonized.

What is needed is compassion and the herculean patience to educate her and others about duties of a public servant. Have you ever heard of a Catholic judge refusing to grant a couple divorce as a matter of religious conscience? No. Davis is paid by taxpayers and they include LGBTQ residents. This should be one focus.

But this isn’t just about Davis, it’s about changing attitudes of the millions who think the clerk is being unfairly targeted by the courts and popular culture. Some are calling it a war on religion. This is especially dangerous and will fuel a backlash against LGBTQ civil and human rights, if it is not carefully and competently managed by those who support equality.

There’s been much talk about hate in the context of Davis with very little reasoned, thoughtful discussion in getting those fearing for their souls and who are asked to see the world differently. Faith is not about changing God, but rather not fearing the revelation sent by Holy Sophia (Divine Wisdom) the Holy Spirit.

I firmly believe in accountability. Simply condemning Davis, however, as a bigot or ignorant is counter-productive. Patience and engagement is needed more than ever. There’s a lot more at stake than just one county clerk.

Paul P. Jesep is a Christian Sophiologist believing Holy Sophia (Divine Wisdom) is the Holy Spirit. He is an attorney, corporate chaplain, and Eastern Orthodox priest.  His books include “Lost Sense of Self and the Ethics Crisis“.

August 29, 2015
Christian activists must take on usury and credit scores
Next Post

Snake-handling is unwise, but at least...
slacktivist
Related posts from Faith With Wisdom