Hope during a time of uncertainty comes from within 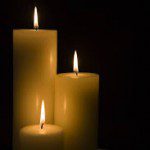 his eight years in office. His successor, President-elect Donald Trump has talked about making the nation great again.

This year’s presidential election has caused historic polarization.  Fear, angst, and a genuine, sustained spiritual despair have gripped many citizens and those hungering to be one. I’ve seen it firsthand.

At a performance of Aida at the Metropolitan Opera in November folks in front, in back and by my side couldn’t stop talking about their anxiety over the election outcome before curtain and during intermissions. At my office several individuals expressed being physically sick over the result. My best friend called the day after the election in tears.

Even First Lady Michelle Obama seems concerned about the nation’s future. In a recent interview with Oprah Winfrey, she reflected, “we are feeling what not having hope feels like. Hope is necessary. It’s a necessary concept, and Barack didn’t just talk about hope because he thought it was just a nice slogan to get votes. He and I and so many believe that. What else do you have if you don’t have hope?”

Every generation needs a leader.  It needs to be inspired. It needs hope. Ultimately, however, hope is not what someone else gives to you and or a nation, it’s the inner strength the individual draws on. It’s his or her own spiritual resources to nurture others and who in turn is fed by the energy of possibilities from their neighbors.

Hope includes a sense of community that supports one another as part of the Creation the Creator intended. Hope is about you and those perceived as “the other.”

Most important it’s about the gift from the Divine empowering the individual with spiritual transcendence given to help everyone detach from the political and emotional drama of life. Transcendence assists in the path of greater holy, cosmological unity. Hope is about rising beyond the mundane and temporal to celestial experiences where time is meaningless and the social conflict every generation must experience is a stage of confusion and hopefully human growth benefiting the next generation.

Of course everyone needs to be inspired. Sojourner Truth, Franklin and Eleanor Roosevelt, John and Robert Kennedy, Barack Obama, Dorothy Day, Margaret Chase Smith, John V. Lindsay, John Glenn are among those who inspired. There are many others who can be named. Regardless of one’s politics, no one’s hope should be dependent on another individual.

You are hope – for yourself, your family, and neighbors who are afraid during uncertain times. Leo Tolstoy often reminded his international readership that they were the light in the world because through them they did God’s work. “What is God’s work?” Tolstoy asked. God’s work is you.

Yes, each individual can empower others with hope because every person is called by the Creator to be a co-Creator building a better world inspired by Holy Sophia the Holy Spirit.

Perhaps these uncertain social and political times are an invitation to “strengthen myself in the Spirit of the Lord” (Micah 2:8). We have in Divine Sophia the Holy Spirit a comforter, counselor, and advocate. God’s kingdom is righteousness, peace, and joy in Holy Sophia (Romans 14:17).

Holy Wisdom can be a discerning friend (Proverbs 7:5). It’s in discernment we find hope for ourselves and the world. May all of us “abound in hope by the power of the Holy Spirit” (Romans 15:13) now and always.

Hope, in the short and long term, is sustained and nurtured in one another. Each individual should consider drawing on Holy Sophia the Holy Spirit for his or her source of hope, not temporal men and women who come and go. 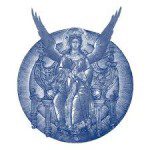 Be spiritually energized by Holy Sophia the Holy Spirit and by doing so you can play your role in helping to change the world. No positive contribution is too small because, as Tolstoy wrote, it’s all God’s work.

Paul P. Jesep is a priest and a New York attorney. He is also author of “Lost Sense of Self & the Ethics Crisis.”

October 24, 2016
Trump candidacy makes case for separation of church and state
Next Post

February 4, 2017 Is Trump Crucifying Jesus?
Recent Comments
0 | Leave a Comment
""How do we best communicate with others who think differently?"we listen to them, we respect ..."
Christiane Smith During Lent sacrifice ‘time’ not chocolate: ..."
"i think they should be allowed to bring in politics but lose their tax exempt ..."
Brandon Roberts Trump candidacy makes case for separation ..."
"Sadly, some evangelists are doubling down on the hate...."
Nunya Christians supporting LGBTQ children of God
"Religious freaks are starting to realize that bad publicity for their fraud might hurt their ..."
Myles Christians supporting LGBTQ children of God
Browse Our Archives
get the latest from
Progressive Christian
Sign up for our newsletter
POPULAR AT PATHEOS Progressive Christian
1

Yours just for the taking
Here is your open thread for April 7, 2020. Talk amongst yourselves.
view all Progressive Christian blogs
What Are Your Thoughts?leave a comment
Copyright 2008-2020, Patheos. All rights reserved.