“Snakes? Why did it have to be snakes?”

That line was originally spoken by Indiana Jones as he went looking for the Ark of the Covenant. But I’m quoting it now because of a very different kind of Ark, namely Noah’s Ark.

Today, Matthew Libatique, the cinematographer on Darren Aronofsky’s upcoming Noah, tweeted the picture below, with a caption that said “Pre lighting on the holiest day of the year” — a reference to the fact that today is Yom Kippur, the Day of Atonement, on the Jewish calender. 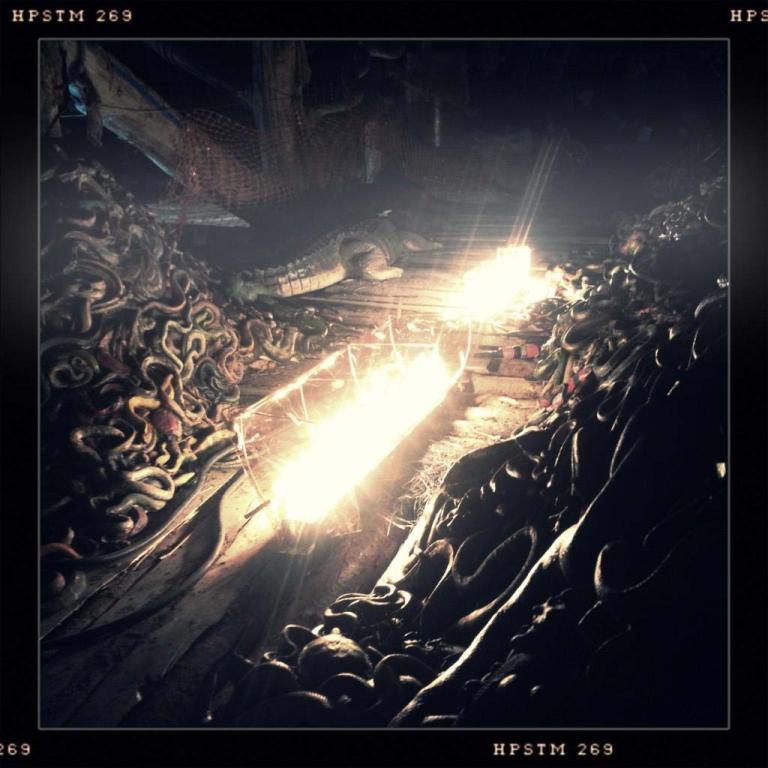 The tweet seems to have been deleted since then, but not before the picture was captured and preserved by movie blogs like Collider and The Playlist.

This image is striking to me for at least three reasons.

Second, the picture reminds me of a gag from the ‘Pomp and Circumstance’ sequence in Fantasia 2000, where a typically klutzy Donald Duck is looking after the various animals on the Ark, and at one point he inadvertently interrupts a snake that was about to devour a couple of mice. It does make you wonder, how were the carnivores fed on the Ark for all those weeks and months? 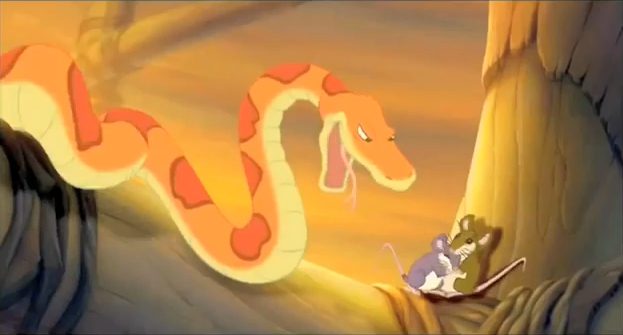 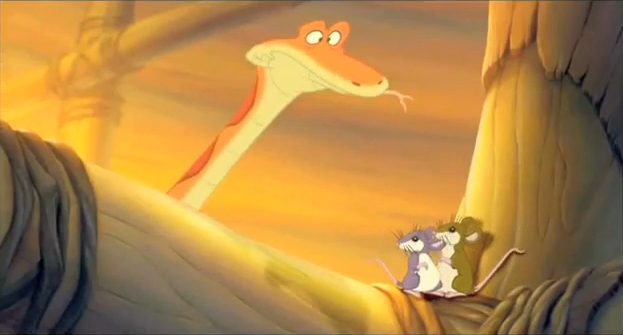 This gag, incidentally, echoes an earlier one at the very beginning of the sequence, in which two wolves are about to devour a rabbit until Noah’s horn gets their attention, and all three animals (plus the rabbit’s mate) bound off together towards the ark: 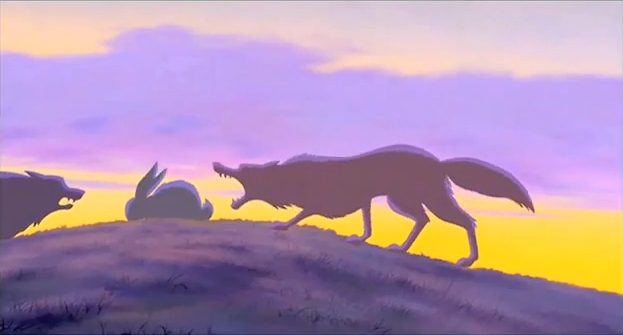 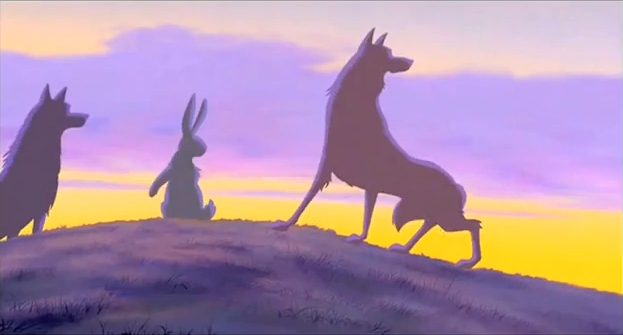 Third, I can’t help but wonder if the movie is emphasizing the snakes in its production design as a way to tie the Flood back to that first sin in Eden, when the serpent tempted Adam and Eve to eat of the forbidden fruit and they fell for its temptation. We already have some pretty strong hints that the film might connect the dots between the sin in Eden and the sin of Noah’s day via Cain and Abel, so it seems plausible that there might be other visual nods in that direction, too.

Plus, if the snakes do represent the ongoing presence of sin, then their presence aboard the ark — and in such numbers — might indicate that the Flood failed to cleanse the earth of sin the way it might have been intended to. Certainly, in the past, Aronofsky has talked about how Noah had some issues to deal with after the Flood had come and gone. Five and a half years ago, he told The Guardian:

“Noah was the first person to plant vineyards and drink wine and get drunk . . . It’s there in the Bible – it was one of the first things he did when he reached land. There was some real survivor’s guilt going on there. He’s a dark, complicated character.”

So… are the snakes there just to provide some cool imagery? Or do they signify something more? As ever, we’ll have to wait and see.

September 13, 2012
More photos from the set of Noah, and a new casting clue
Next Post

September 29, 2012 Ben Kingsley as King Herod? Judi Dench as Anna?
Recent Comments
0 | Leave a Comment
"In 1972, yes. The movie was made in 1956 but the ratings system didn't exist ..."
Peter T Chattaway One of the reasons I do ..."
"And to think... this movie was rated G? It was."
Bishop One of the reasons I do ..."
"John 7:5 states explicitly that the brothers of Jesus did not believe in him, at ..."
Peter T Chattaway The Chosen starts shooting its second ..."
"Thanks. There is a whole other anecdote in between those two verses. Other relatives, sure, ..."
tmirus The Chosen starts shooting its second ..."
Browse Our Archives
get the latest from
FilmChat
Sign up for our newsletter
POPULAR AT PATHEOS Entertainment
1