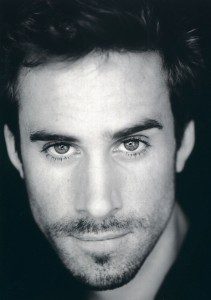 Joseph Fiennes — best known perhaps for playing the title character in Shakespeare in Love — has been cast as an agnostic Roman centurion who goes looking for the body of Jesus in a film called Clavius. Tom Felton, who played Draco Malfoy in the Harry Potter movies, has also been cast in the film in an unspecified role.

Clavius is one of a number of films that were first put into development in the years following The Passion of the Christ — and like, say, Christ the Lord, it is only now going into production after years of rewrites and moving from one company to another, etc., etc.

It all began in 2007, when Hyde Park hired Paul Aiello to write Risen: The Story of the First Easter. Then, in 2013, LD Entertainment hired Kevin Reynolds to rewrite the film with Karen Janszen and direct it under the title Resurrection. And now, according to Deadline, Reynolds is going to start shooting the film in Malta and Spain this month, aiming for an Easter 2015 release date.

Here is the synopsis provided for the film on the LD Entertainment website:

CLAVIUS takes place during the year 33AD in Judea and is told through the eyes of an agnostic Roman Centurion charged by Pontius Pilate to investigate rumors of a risen Messiah and to locate the missing body of Jesus of Nazareth in order to subdue an imminent uprising in Jerusalem. Along Centurion’s mission, his doubts of such a supernatural occurrence peel away as he encounters the Apostles and other historic characters while piecing together the mysterious events that unfolded after the crucifixion.

The plot, as described here, is somewhat reminiscent of The Inquiry (1986), in which the emperor Tiberius sends someone to investigate the events surrounding the death of Jesus; that film was remade as The Final Inquiry (2006), and the remake even brought back The Passion of the Christ’s Hristo Shopov as Pontius Pilate.

Fiennes has not, to my knowledge, appeared in a Bible movie before, though he did play Jesus in a 1995 stage production of Dennis Potter’s Son of Man. He also starred in the Reformation biopic Luther (2003). Fiennes’ older brother Ralph provided the voices for Ramses and Jesus in The Prince of Egypt (1998) and The Miracle Maker (2000), respectively, but he has not yet appeared in any live-action Bible movies — so Joseph’s performance in Clavius could mark a first for the Fiennes family.

The film’s new title is a bit puzzling, since it doesn’t have the easy marketability of, say, Ben-Hur or any of the better-known biblical or historical names. It does suggest that they’re going to emphasize the ancient Roman-ness of the story rather than pander to the “faith-based” crowd, which is probably just as well, but I wouldn’t be surprised if they find yet another title for the film between now and its release date.

For what it’s worth, Clavius was the name of a 16th-century Jesuit mathematician and astronomer who played a key part in shaping the Gregorian calendar — a crater formation on the Moon and a logical principle are named after him — but if there were any significant ancient figures with that name, Google isn’t turning them up.

At least four other movies about the first 40 or 50 days after the Resurrection were said to be in development last year. You can read about them here.

August 4, 2014Noah gets an infographic and an Ark-building app
Recent Comments
0 | Leave a Comment
Browse Our Archives
get the latest updates from
FilmChat
and the Patheos
Entertainment
Channel
POPULAR AT PATHEOS Entertainment
1