Considering how important he was to the spread and development of early Christianity, it’s remarkable that no one has ever made a feature film about Saint Paul before.

There have been a number of TV movies about him — Anthony Hopkins’ performance in a 1981 miniseries remains my favorite — and he has made brief appearances in films as different as Quo Vadis and The Last Temptation of Christ. But he has never had an entire big-screen movie to himself. Never, that is, until this year’s release of Paul, Apostle of Christ.

Thankfully, the film, co-written and directed by Andrew Hyatt, is pretty good, and it adds some new elements that set it apart from the existing TV productions.

Like Hyatt’s previous film Full of Grace, which featured the Virgin Mary telling her story to the apostles towards the end of her life, the new film shows Paul (James Faulkner) in prison, awaiting his martyrdom in Rome, and telling his life story to Luke (Jim Caviezel).

Paul is in prison because the emperor Nero has blamed him and his fellow Christians for a fire that destroyed much of Rome. The newly-assigned warden of that prison, a Roman officer named Mauritius (Olivier Martinez), is skeptical of Nero’s claim but is encouraged by one of his colleagues to see if he can find a smoking gun, as it were, in Luke’s writings.

Meanwhile, the persecutions continue, and a brand-new convert named Cassius (Alessandro Sperduti) encourages the Christians to fight back and storm the prison — which leads to much discussion of the need for love, and to avoid repaying evil with evil.

One of the great things about this film is the way it highlights the relationship of Priscilla (Joanne Whalley) and Aquila (John Lynch), who lead the Roman church.

Married couples have never featured very prominently in New Testament movies; the protagonists tend to be single, like Paul, or are never depicted with their spouses, like Peter, and even the fictitious romantic couples rarely get married before the credits roll (in movies like The Robe, they are sometimes martyred instead).

But Priscilla and Aquila are a bona fide couple who care for the Christians of Rome like they would care for their own children, and they respectfully disagree, as equals, on whether to stay in the city or flee for their own safety.

The movie even nods subtly to the way Paul honoured Priscilla when he placed her name before her husband’s in his letters; when Luke arrives in Rome at the beginning of the film, it is Priscilla who greets him first, before he meets Aquila.

Students of the New Testament will, of course, have fun nit-picking some of the creative choices here, from the way Paul dictates a few passages from his epistles long after they would have been written in real life, to the way Luke leads some prisoners in reciting Matthew’s version of the Lord’s Prayer rather than the version we find in Luke’s own gospel.

And there are times when the film feels a little too reverent towards its source material, even stagey — which isn’t entirely accidental, as the producers have said that they tried to approach the scriptures the same way they would have approached Shakespeare. At times, Faulkner seems to be consciously reciting famous passages for posterity, rather than conveying what it would have been like for Paul to speak that dialogue spontaneously for the first time.

But the film also brilliantly uses the persecution in Rome as an occasion to get inside Paul’s mind, as he is haunted by memories of the Christians that he himself once persecuted (he is played in flashbacks by Yorgos Karamihos). When Paul wakes up from a nightmare and says, in a quick prayer, “Your grace is sufficient,” you can feel how much he needed that grace, too, and how conscious he is of the forgiveness that he has received.

And it all leads to a somewhat unexpected conclusion that I found rather moving, as it brings to life a scenario that I have been imagining ever since I started paying attention to TV movies about Paul and the early Christians in the mid-1980s.

Paul, Apostle of Christ isn’t by any stretch a definitive account of Paul’s life; it covers very few of the events that happened between his conversion and his martyrdom, for example, though some of those events are alluded to briefly in the dialogue.

It is, however, a more than decent start to Paul’s life on the big screen, and one can only hope that other filmmakers will follow in its footsteps.

— A version of this review will appear in The Anglican Planet. Click here for a scene-by-scene analysis of the film and its scriptural references, with clips from the film. 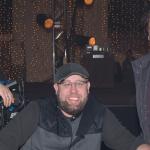 March 16, 2018
I Can Only Imagine and Steve McQueen: American Icon co-director Jon Erwin on rooting for the underdog and following your dreams
Next Post 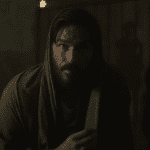 March 23, 2018 Watch: Luke leads prisoners in prayer in a new clip from Paul, Apostle of Christ -- and more videos
Recent Comments
0 | Leave a Comment
Browse Our Archives
Follow Us!

Entertainment
Simon of Cyrene and his family, on film.
FilmChat 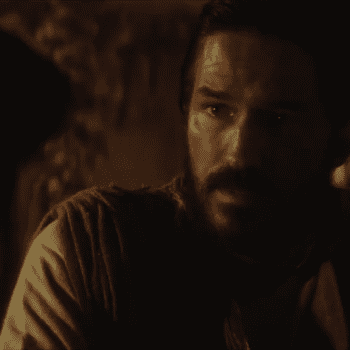 Entertainment
Watch: Luke visits the Christians in Rome in...
FilmChat 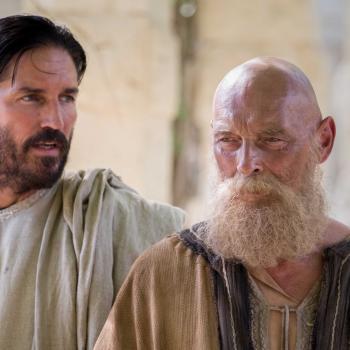