The Momentum of Misattribution

“Some random quote from Lord of the Rings incorrectly attributed to Martin Luther King. Is this heaven? Or am I looking at a white woman’s Instagram?” –Bo Burnham

My last post about names got me thinking about my very first blogging endeavor: a fun little dog-and-pony show called Lover of Strife, which came to a close in 2012. To say it had even a modest following is too kind, but I did have a couple of die-hard fans, including my compatriot Veles, who called me one day to announce, “Some douchebag is ripping you off.”

What the douchebag in question had done was taken a turn of phrase and a satirical name from one of my posts and incorporated them into the brand he was building for himself. It wasn’t plagiarism per se, and it’s not like I could’ve taken him to court over it (“Tonight, on a very uncomfortable episode of Judge Judy…”), but whenever he was asked about his Pagan name, he would say, “I found it through a Pagan name generator,” which always rubbed me the wrong way. I never understood why he wouldn’t just say, “I found it on some nobody’s blog.” I mean, he wasn’t taking credit for coming up with the content, but he also wasn’t being accurate about the original source.

To sum up, he was misattributing.

Misattribution can be defined as incorrectly identifying the origin or creator of something. Within Pagandom, the qualifier that most often leads to misattribution is “traditional,” which is a word that sometimes gets used when we’re not sure where a given thing came from — usually because someone forgot to write down where they found it.

In Lid Off the Cauldron, Patricia Crowther offers a relevant anecdote:

This particular spell came through me when I was in trance, back in the sixties. We found that it worked; so my husband wrote the above verse to accompany it. Subsequently I read a bowdlerized version of this rhyme in an American book on witchcraft. It was described as an ‘Ancient Runic Spell’ which had been handed down by word of mouth from generations of witch families! The verse was definitely not ancient, and there was no explanation of how to perform the spell, which is why I have included it here, together with its true origin!

Speaking of bowdlerized, Trothwy and I once got invited to a semi-public hiving ritual, and about halfway through, the High Priest went around the circle and murmured, “May you never hunger; may you never thirst,” to each attendee while they partook of cakes and wine and nodded reverently. And why wouldn’t he? It’s a traditional Wiccan thing to say, right?

Except it’s not. It comes from the Church of All Worlds, which was inspired by Stranger in a Strange Land by Robert A. Heinlein. The group putting on the ritual was an eclectic, bootstrap Tradition, which was great, but in their drive to be seen as a “real” trad, they didn’t put a lot of effort into documenting the sources of their material — somewhere along the line, their version of Cakes and Wine got mislabeled “Traditional Wicca” instead of “Lifted from a 1960s Sci-Fi Novel.”

To be fair, I don’t think Pagans who misattribute things do so maliciously (bloggy dude being the notable exception), but I do think there’s a certain amount of laziness involved, which causes way too many problems in the long run.

For example, a few of the contemporary names for the Sabbats were coined in the early 1970s, which you’d think would be common knowledge, but there’s always a pushback whenever the subject comes up. If anyone had bothered to regularly cite the history of these names, we wouldn’t have to struggle so much with explaining them today — and the people who truly believed that their ancient forebears called the Autumn Equinox “Mabon” wouldn’t feel so hoodwinked and disillusioned when they learn the truth.

I reread Doreen Valiente‘s The Rebirth of Witchcraft a few months ago, and I loved being reminded that the pioneering initiates of contemporary Witchcraft were fully aware of the influence of Freemasonry, which rituals were handed down and which were cribbed from Aleister Crowley, who wrote and/or added what, etc. And this emphasis on documentation has been passed down to Gardnerians today. Like, if I find a spell or a poem or something that I want to put in my Book of Shadows, I’ll include where I found it and when I added it, so that no one in my downline will have to stress over trying to figure out where it came from.

It’s when we don’t document these things that confusions arise. And the longer we go without proper attributions, the harder and harder it becomes to disentangle crucial, core materials from latter-day addendums.

Here’s the reality of the situation, my peeps: When it comes to Witchcraft, I know that “ancient, traditional” knowledge can feel more alluring or valid than anything published after 2010.  But if we don’t put any thought into documenting and accurately attributing the sources we use in our practices, we’re doing a huge disservice to the creators of that content. And we’re creating unnecessary headaches for our descendants, increasing the probability that future Witches will look at anything we’ve accomplished and say, “They clearly just made this all up.”

I want to spend the rest of this post looking at one big, particular misattribution, since it’s possibly the most egregious in modern Paganism.

We’ve all heard or read something to the effect of, “Gerald Gardner invented Wicca,” or “Gardner called his creation Wicca.” It’s pretty much a no-brainer at this point, but it’s not accurate —  not because Gardner gets credit for founding a religion, but because no one decided to call it Wicca until long after he died.

Strap yourselves in, folks. We’re going on a ride.

The word “wicca” made its first modern print appearance way back in 1891, as an etymological footnote in Charles Godfrey Leland‘s G*psy Sorcery and Fortune Telling:

As the English word witch, Anglo-Saxon Wicca, comes from a root implying wisdom, so the pure Slavonian word vjestica, Bulgarian, vjescirica (masculine, viestae), meant originally the one knowing or well informed, and it has preserved the same power in allied languages, as Veaa (New Slovenish), knowledge, Vedavica, a fortune-teller by cards, Viedma (Russian), a witch, and Vedwin, fatidicus.

Margaret Murray, the next author to write about Witchcraft as a pre-Christian religion…

Oh, wait. I need to pull over for a second. The idea of Witchcraft as a pre-Christian religion predates Murray. Jules Michelet was writing about Witchcraft as a religion back in the 1860s, followed by Leland in the 1890s. And yet today, there’s this understanding that Murray pulled her hypotheses out of thin air, when she actually just took concepts that were already in existence and ran with them. Assigning the “invention” of these theories to Murray is another example of misattribution.

Anyway, Murray never used the word “wicca” in her works. Instead, she consistently referred to the “Witch Cult,” as did Gerald Gardner when he began writing on the subject. Gardner put out five books in his life, three of which were about Witchcraft. The first, his novel High Magic’s Aid (published in 1949) described a secret brotherhood of Witches (no mention of Wicca), while his next book, Witchcraft Today, detailed his personal speculations on the history of the modern Witch cult, specifically the one into which he’d been initiated.

This is where things get a little confusing. But stay with me.

Gardner usually referred to the people who initiated him as Witches, although he sometimes called them “the Wica.” Critics often latch onto this as a spelling error, citing that he probably meant to say “the Wicca,” and that’s certainly a workable assumption, except that in his following book The Meaning of Witchcraft (pub. 1959), Gardner does use the word “wicca” a total of five times when discussing the etymology of the word “witch,” just as Leland had done. Five times, compared to mentioning “the Wica” 17 times in the same book and three times in Witchcraft Today.

The possibility of spelling errors aside, it’s pretty clear that Gardner saw a distinction between the Anglo-Saxon wicca and the Wica who initiated him.

So how did we get from the Wica to Wicca?

In 1970, transcripts of a series of lectures given by Alex Sanders were circulated among students of the Alexandrian tradition. In this series, Sanders talked extensively about being one of “the Wicca”; whether by Sanders or his scribe, the debatable “spelling error” had been corrected. In 1971, Stewart Farrar, himself an initiate of Sanders, compiled these lectures, added his own thoughts and experiences, and published the now-classic What Witches Do, in which he used Wicca (no “the”) and Witchcraft interchangeably.

The name stuck. And so we find ourselves today.

This is why I get apoplectic when the know-it-alls blather on about how “Gardner invented Wicca.” Gerald Gardner was just a Witch, y’all. Alex Sanders and Stewart Farrar, though, now they invented Wicca. 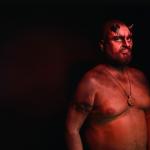 June 18, 2021 It's All Fun and Games Until the Trees Start Hugging Back
Recent Comments
1 Comment | Leave a Comment
Browse Our Archives
Related posts from Fivefold Law

One response to “The Momentum of Misattribution”