The Wiccan Who Was Mean to Me on the Internet, and Other Hot Takes on Gatekeeping

“If the Malleus was rewritten for 2021 it would be authored by Facebook appropriation groups and TikTok commenters.” –Temperance Alden

[singing] “Just don’t tell me what to do, cuz I’ma do it anyway.” –Mike Mulderrig

The forum was called “Wicca for the Rest of Us,” and it was run by a graduate student who was doing her thesis on “disproving” Wicca, but ended up identifying with it. Which, y’know. Happens.

Topics leaned towards the academic instead of the metaphysical: There were a lot of book reviews, some polite debates on the history of the Modern Witchcraft Revival, and a general sense of everyone getting along without having any spiritual connection to one another. It was kind of like Presbyterian Wicca.

Anyway, one day we were having a lively discussion on the differences between religious Witchcraft and operative/thaumaturgical Witchcraft, when this random woman (magically) appeared and was like, “Well, I’m a Wiccan High Priestess, and I’m just shocked to learn that anyone here thinks witchcraft is real!”

She had a whole dissertation about Witchcraft being a vulgarized Christian concept that had nothing to do with the religion of Wicca, which honestly sort of made sense if you looked at it upside down and squinted a little, but it did rub a few people the wrong way. While not presuming to speak for the whole group, I pointed out that I was Wiccan and definitely practiced Witchcraft, to which she responded, “You are not Wiccan. You’re Gardnerian.”

She went on to hypothesize that Gardnerians and Alexandrians had “given up the right” to use the word Wicca by calling ourselves Witches. So I was like, “Oh. Okay. Guess I’ll just be a Witch, then.”

“Absolutely not,” she replied. “You are not allowed to call yourself a Witch, because Witchcraft doesn’t exist.”

I don’t remember if I had a snappy comeback to that, but I do remember calling like 17 Gardnerians to laugh about it. Because really, what was she going to do? Send me a cease-and-desist? Show up at my apartment in the dead of night and confiscate my athame? No, all she could really do was posture in a bellicose manner and hope I’d be intimidated enough to excommunicate myself. [Spoiler: I wasn’t.]

In today’s lingo, we might say she was gatekeeping, which is definitely bad. Kind of. While it can be an annoyance, online gatekeeping is not the problem we think it is. I mean, don’t get me wrong, it’s still a problem — just not in the way we’ve been conditioned to perceive it.

Gatekeeping Theory was first introduced by social psychologist Kurt Lewin in 1943, as an explanation of how media outlets oversee, direct, and restrict the flow of information. Originally applied to the newspaper industry, the best contemporary example of gatekeeping is Facebook’s almighty algorithms, which determine whose posts we see and what ads pop up in our feeds.

In the greater context of social media, though, gatekeeping has become what Dr. John H. Lienhard, host of NPR’s Engines of Our Ingenuity, calls a drama word: a word used hyperbolically to the point that its real meaning gets lost. Gatekeeping is up there with gaslighting, dog-whistling, virtue signaling, and bootlicking as a word that used to refer to a very specific phenomenon, and now is just a handy projectile to fling at an online opponent when they say something we don’t agree with.

As a concept, online gatekeeping really isn’t enforceable. I can post about the principles of Chaos Magic until my fingers fall off, but the Illuminates of Thanateros aren’t going to send you a strongly-worded letter if you don’t adhere to them. And sure, someone might accuse me of gatekeeping for believing that Chaos Magicians should adhere to those principles, but a) I can’t make anyone do anything they don’t want to do, and b) the information I’m writing about is available through a myriad of other sources — I’m not preventing anyone from accessing it.

But just for grins, let’s turn this around and pretend that someone has informed me that I’m not allowed to practice Chaos Magic, because, I don’t know, I’m gay or too tall or whatever. If my reaction is to edit or censor my personal practice because a spectral voice on the Internet yelled at me… what does that say about me, or my commitment to my Craft?

Now, within the Pagan and general occult communities, gatekeeping is a thing among initiatory traditions, and with good reason.  My friend Sam, who is cooler than I will ever be, explains it thusly:

In some cases you can adopt something without adapting it, and in other cases you can’t adopt without adapting it, and adapting it outside the bounds of its original context breaks the rules of that tradition. It’s less a matter of authenticity as it is authority. For instance, in [Lucumí], the process of reading shells is not something for anyone without the appropriate initiation to do so, no matter whether someone is inside or outside the tradition. Without that specific license and initiation, it’s a breach of pacts with the spirits. Or, e.g. anyone can venerate and worship orisha, sure, but not everyone can set up a proper shrine with orisha present there (which also requires an initiation to that orisha), and the rule is that “you don’t have what you aren’t given,” so you can’t just give yourself something. In trying to understand the culture, one also needs to understand the rules of the game, and simply trying to make up a new game with the same pieces can be as much a violation of religious protocols as it is cultural respect.

To build on this, being a member of a given gated practice grants one access to the current and rituals of that specific practice, but not automatically to others, even if they’re related. Being Gardnerian doesn’t mean that I’m entitled to the initiatory materials of any other brand of Traditional Witchcraft; I’m a graduate of the Lucky Mojo Hoodoo Magic Correspondence Course, but professional rootworkers aren’t going to hand over their recipes just because I have a certificate (and it would be really, really colonial of me to expect them to.)

But this is one of those occasions where gatekeeping ends up getting used as a drama word, because if I say something like, “You’re not of the Goda unless you’ve been formally initiated into the Clan of Tubal Cain,” and someone goes, “OMG, you’re gatekeeping,” I mean… they’re not wrong. But the statement I’ve made is also not incorrect.

It’s an ambitious wish on my part, but I’d love to see gatekeeping go back to being objective terminology, describing a process instead of acting as weaponized sour grapes. When we overuse a word like gatekeeping, to quote Dr. Lienhard, “we lose some of our ability to speak accurately. Try another word.”

And personally, I’m a fool for speaking accurately. And while I obviously can’t demand it, I strongly recommend that we say what we really mean in our online discourses.

For example, the next time we feel like rebuking someone for gatekeeping, maybe we go with, “I disagree with you, but I accept that I can’t force you to change your mind, nor do I have the right to impose my beliefs over yours” instead. I know it doesn’t have quite as much zing, but it’s a lot more faithful to the original script.

About Thumper
Thumper Marjorie Forge is a Gardnerian High Priest, an initiate of the Minoan Brotherhood, an Episkopos of the Dorothy Clutterbuck Memorial Cabal of Laverna Discordia, a recovering alcoholic, and a notary public from Houston, TX. You can read more about the author here.
Previous Post 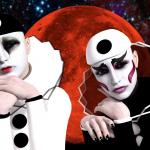 101 responses to “The Wiccan Who Was Mean to Me on the Internet, and Other Hot Takes on Gatekeeping”