Discordian Jubilees: Zarathud and the Season of Bureaucracy

There are so many things I’d rather be doing than putting this post together. But August 12 is a Discordian Holyday, and I’ve committed to writing about all of them, and it’s actually kind of funny that an article about the Discordian apostle Zarathud, patron saint of Bureaucracy, would feel like an onus and make me want to act like a six-year-old at the bank.

So let’s acknowledge the blessings of Zaraday and begrudgingly get this done.

Bureaucracy is probably not the first thing that comes to mind when one thinks of Discordianism. But it’s established confusion: the implementation of complex systems that continually break down and cause more problems. It’s the Law of Eristic Escalation in action, and a consequence of repeatedly imposing artificial, destructive order on natural, creative disorder.

And dollars to donuts says that Eris laughs Her ass off at anyone who honestly thinks it works.

Laughing along with Eris is Zarathud, a legendary priest turned hermit who is credited with discovering the Pentabarf — that is, the Five Commandments by which all Discordians must live.

According to the Principia Discordia, the Pentabarf was carved onto a gilded stone that Zarathud found while working on a sun deck for his cave. [Ed. Note: I promise I am not making any of this up.] Although the carvings were initially indecipherable, Zarathud was able to interpret them once he stood on his head and looked at them upside down.

The Pentabarf appears on page 00004 of the Principia and provides us with the following sacraments:

II – A Discordian Shall Always use the Official Discordian Document Numbering System.

III – A Discordian is Required during his early Illumination to Go Off Alone & Partake Joyously of a Hot Dog on a Friday; this Devotive Ceremony to Remonstrate against the popular Paganisms of the Day: of Catholic Christendom (no meat on Friday), of Judaism (no meat of Pork), of Hindic Peoples (no meat of Beef), of Buddhists (no meat of animal), and of Discordians (no Hot Dog Buns).

IV – A Discordian shall Partake of No Hot Dog Buns, for Such was the Solace of Our Goddess when She was Confronted with The Original Snub.

V – A Discordian is Prohibited of Believing what he reads.

You know, compared to the commandments of other religions, Discordians get off pretty easy — a total point in our favor. And I do make an effort to have hot dogs for dinner on Fridays, which is a highly satisfying way to end the workweek. I recommend.

Zarathud gets another mention later in the Principia, this time in the form of a parable (or at least the Discordian version of a parable):

Before he became a hermit, Zarathud was a young Priest, and took great delight in making fools of his opponents in front of his followers.

One day Zarathud took his students to a pleasant pasture and there he confronted The Sacred Chao while She was contentedly grazing.

“Tell me, you dumb beast.” demanded the Priest in his commanding voice, “why don’t you do something worthwhile. What is your Purpose in Life, anyway?”

Upon hearing this, absolutely nobody was enlightened. Primarily because nobody could understand Chinese.

* “MU” is the Chinese ideogram for NO-THING

Okay, so Zarathud comes across as kind of a jerk here. But we know that he eventually left the priesthood and sequestered himself, so I feel like it’s safe to assume he mellowed out at some point. Or at the very least stopped publicly insulting mythological livestock.

Who does this guy think we think he is?

To me, Zarathud is analogous to Hermes Trismegistus, the divine magician and syncretization of Hermes and Thoth, to whom the authorship of numerous ceremonial texts have been (mistakenly and/or falsely) attributed over the centuries.

And y’all, you know I don’t judge, but… ceremonial magic is kind of bureaucratic in nature: all that long-form ritual structure and patriarchy and what-not. So it makes sense that Hermes T. would find his way into Discordianism overseeing a whole season of Bureaucracy.

But Zarathud also clicks with a figure from mainstream pop culture, and while I maintain his connection to Hermes Trismegistus, I won’t deny that he has an entirely different incarnation as well:

I know. It weirds me out too. But I came across something on Tumblr a while back, posted by user questions-within-questions, and it struck me as relevatory:

Bugs Bunny isn’t your conventional trickster god — he doesn’t steal or lie; rather he inflicts on us a societal hubris. He traps us in the rules, conventions and expectations we’ve made. Forcing us to go through the niceties of the barbershop or DMV at the times most inconvenient to us. If we didn’t have these rules — if it was twelve thousand years ago and all we had was a snare and a knife, Bugs would be nothing more than a mortal rabbit. But now we have built so much and he is a god.

To which user whetstonefires replied, “trickster god of bureaucracy.”

So, yes: One of our most important saints is voiced by Mel Blanc. But y’know, I didn’t get into Discordianism for the solemnity, so if my religious duties now include the annual veneration of Bugs Bunny, I have no choice but to take a left turn at Albuquerque about it.

Although Eris created Bureaucracy, I feel like it’s not really something to celebrate — it’s more just something we tolerate. But it can be exhausting, so the best way to spend Zaraday is to kick back with a fizzy libation, put on some bunny ears, and watch old Warner Brothers cartoons.

(I myself am going to have a Tiny Toons marathon tonight, but really, any series in which anthropomorphic rabbits torment conservative white dudes would be appropriate.)

And any time Bugs (or Buster, or Babs) pulls a fast one on whoever they’re facing off against, we can smile and nod, secure in the knowledge that Zarathud is pleased his stories are still being told. Which is both Discordian and wholesome. And totally deserving of a hot dog. 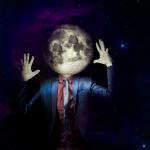 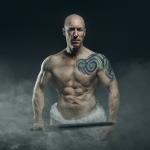 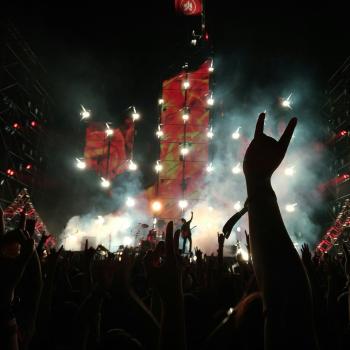 Devil and Demons In Latvian Mythology and Folklore
The Devil In Latvian myths, fairy tales and folklore, devil is not...
view all Pagan blogs
What Are Your Thoughts?leave a comment