In Which I Literally Beat a Dead Horse: A Yuletide Yarn

Okay. This post has a lot of moving parts. Much like a horse skeleton. But if we focus our energies and stick together, we’ll make it through.

Ready? Let’s do this.

Every year, the Misfits host an event called GLUE Weekend, which is basically three days of auctions, contests, and assorted bacchanalias in the name of charity fundraising. I usually divide my time at GLUE between schmoozing and nervous breakdowns, but I always make an effort to write down any hilarious, bizarre, or mildly disturbing things I overhear and compile them into a list of Shit People Say During GLUE Weekend.

So. Your first assignment is to click here and familiarize yourself with the 2019 compendium, paying special attention to something Eli Lawrence, founder of the Austin Girls of Leather, said while hosting a luncheon: “If you can’t get the straw into the Capri-Sun, you’re not as vers as you think you are.”

Go ahead and commit it to memory. It’ll be on the test later. I’ll wait.

Got it? Awesome. So the next thing you need to know is that GLUE 2019 kicked off on National Coming Out Day, which I celebrated by accidentally locking my boyfriend, Ben, out of my apartment. This prompted him to make himself comfortable on my porch and post the following on my Facebook page with the caption “Hope it’s a happy one!” 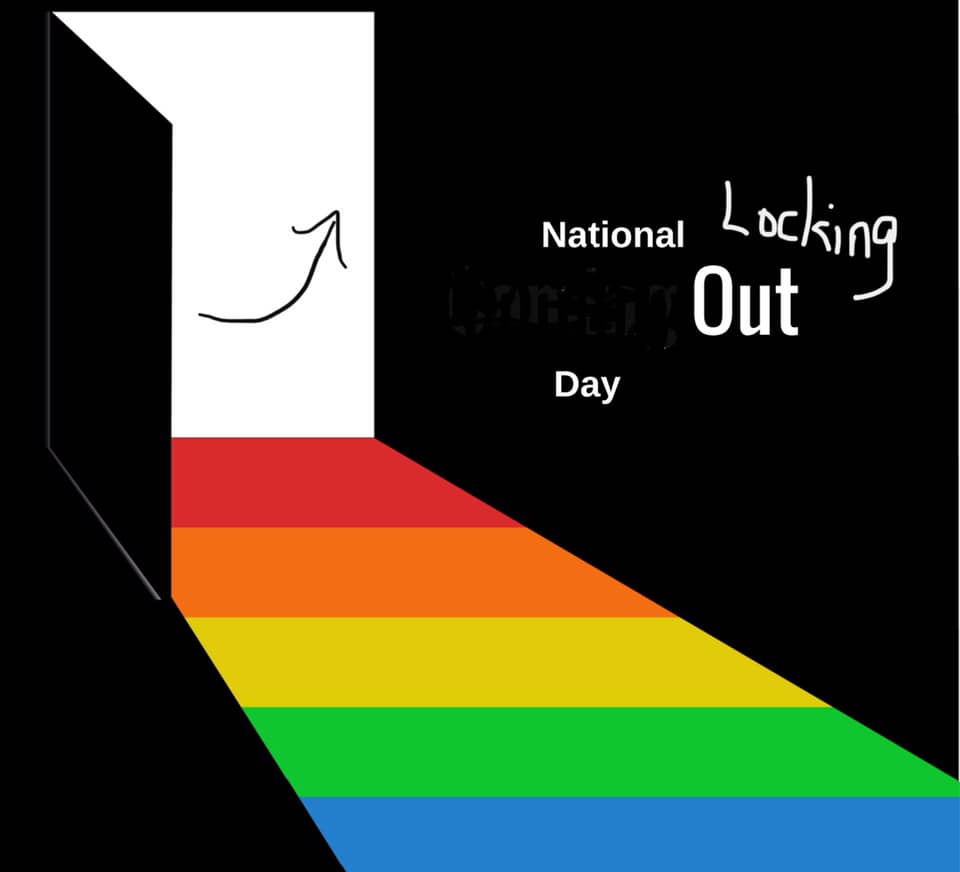 I let him back in and apologized profusely. He forgave me. We’re good.

Anyway, a few days after GLUE, our mutual friend Drew shared the following meme on his own Facebook:

I cannot for the life of me find the original post, but Ben immediately responded with a fresh and terribly witty “Hallelujah” verse. Being nothing if not competitive, I commented with another verse. Things escalated, and pretty soon Ben and I were communicating solely through bowdlerized Leonard Cohen lyrics. It became our love language. Fortunately, we were amusing enough that Drew didn’t even mind us completely hijacking his social media, which was magnanimous on his part.

So that went on for awhile. And then, right in the middle of the Yuletide holidays, my Misfit brother/spirit husband Scrappy posted a graphic on my timeline and issued a challenge: “Prepare your rhymes! I’m gonna show up at your house, and, as tradition dictates, drink all of your beer… oh. Oh, God. I didn’t think this through.”

I definitely wanted to play along, and I was still stuck on “Hallelujah,” so I posted a new verse in the comments:

You’re breaking in, but not by force,
You’re on my porch dressed like a horse,
Demanding that I give some whiskey to ya.
You think you’re going to slay at rhyme,
But oh, Welsh zombie, not this time,
I’ll win with a new verse to Hallelujah.

I have to say that I was pretty proud of myself for banging out an impromptu Mari Lwyd/Hallelujah mash-up, and I figured no one would be able to outdo me. Ben, however, was still working through some resentments from the Fall and came at me with this:

I’m not a vampire or a bear,
I’m not even from Troy, I swear,
I’ve references from Camptown Races — doodah.
You see how cold it is tonight;
I may not freeze, but then I might.
Please let me in to sing a Hallelujah.

And yes, I’ll admit it was a commendable effort. But here’s the thing, y’all: My soulmate and perfect fit our Ben may be, but I will be damned if I lose a hypothetical riff-off against a talking horse skull in a bedsheet. Thus did I draw back, summarize, and with all my might deliver one final, devastating blow:

Is that my boyfriend under there,
All costumed like a rotting mare?
Please come inside the house before you freeze, hon.
I didn’t even hear you shout,
After I went and locked you out.
To make it up, I’ll let you have Capri-Sun.

At which point Ben declared his undying devotion, and I won the Internet for like 24 whole hours.

And if you managed to survive this post with your sense of self still mostly intact, thank you for being here to share the victory with me.

Happy Solstice, my loyal Clutterbuckaroos. And to all a good rhyme. 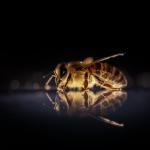 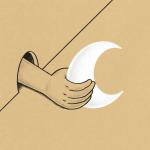 December 30, 2021 If You Can't Steal Your Own Craft, Store-Bought Is Fine.
Browse Our Archives
Related posts from Fivefold Law 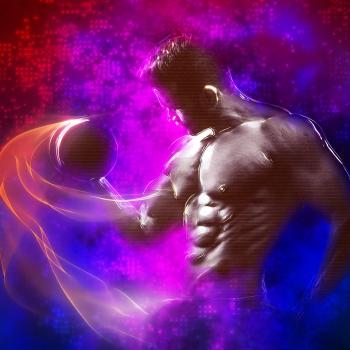