Fermented Gods and a Decade of Sober Witchcraft

As of yesterday — at 8:50 p.m., to be precise — I have been sober for ten years. And I kind of feel like I should be making a bigger deal of that than I am.

I mean, it’s definitely a milestone, and I’m grateful to have achieved what is often referred to as “double digits” in recovery circles. But not drinking has become a default. The idea of putting alcohol into my system seems nonsensical, akin to sticking a fork in my eye — it would only lead to damage, and there’s no rational reason to try it.

Although if we apply that analogy retroactively, I did spend a big chunk of my life repeatedly sticking a fork in my eye and wondering why I was half-blind and bleeding. So maybe going ten years without stabbing myself in the face with cutlery is worth celebrating after all.

But enough about me. Let’s talk about Dionysos.

Mythologically speaking, there are two Dionysoses (Dionysoi): There’s the modern God of ecstasy and intoxication whom we all know and love, but there’s also an older Dionysos, a chthonic vegetation deity associated with the Underworld, originally known as Zagreus.

In Orphic tradition, Zagreus was the son of Persephone and Zeus. Zeus brought Zagreus to Olympus with plans to make Him next in line for the throne, which drew the wrath of Hera, who enlisted the Titans to handle the problem for Her.

The Titans lured young Zagreus away from Olympus with toys and a mirror (an eternal reminder not to follow clowns into the woods), and once they had Him isolated, they tore Him to shreds and boiled the pieces in a cauldron. However, His heart was left intact, and so Zagreus was able to be resurrected, at which point He became Dionysos.

The details of Zagreus’ rebirth differ depend on who is telling the story, but in one version, Apollo gathers up the remnants of His body, reassembles them, buries them, and breathes life back into them — if we take this narrative literally, we see seeds being planted and sown, followed by vines growing out of the ground towards the Sun.

And we can also interpret it as a metaphor for spiritual growth, in which Dionysos represents humanity as the union of flesh (Zagreus) and the divine (Apollo).

For me personally, though, it’s a story of recovery. Zagreus pursues His impulsive desires until His life falls apart. He hits bottom, but instead of giving up, He undergoes an shamanic crisis: With the help and guidance of a Higher Power, He emerges on the other side as an integrated being who can assist those who are ready to navigate their own ordeals.

And I realize that it seems counterintuitive to put the God of wine in a sponsorship position, but in Hellenic Greece, people prayed to Him to prevent drunkenness. As such, He and Apollo were two of the Higher Powers I leaned on the most in early sobriety: I prayed to Dionysos to help me overcome the obsession to drink, and I prayed to Apollo to help me heal and grow as a spiritual person. And They both listened and answered.

So yeah, it’s awesome that I’ve stayed alcohol-free for the past ten years, but I can only take a human portion of credit for that — Dionysos and Apollo deserve way more praise than I do in this situation. But I should also acknowledge my addiction itself, the sacrifice of which allows me to become who I’m supposed to be. And I was able to name my addiction thanks to Theatre Arts, so that’s another tip o’ the nib in Dionysos’ direction.

In the stage play Bill W. and Dr. Bob, which tells the story of the founding of Alcoholics Anonymous, Dr. Bob describes his addiction thusly: “I got a demon inside me… a real live evil spirit called John Barleycorn.”

I first saw this show when I was about 18 months sober, and the line above immediately struck me as weighted. But it wasn’t until fairly recently that I realized why.

Similar to Zagreus, John Barleycorn is the British personification of grain, who is ritually tortured and killed. However, his is a tale of revenge: After his demise, Barleycorn comes back as beer and whiskey, the effects and addictive qualities of which serve as fitting punishments for his murderers. And while he’s not evil, he is indiscriminate — if I consume him, I risk getting caught in the crossfire of his vengeance.

And so I cut him out once and for all. He didn’t have to go home, but he couldn’t stay here.

Ergo I find myself Barleycornless today.

In reflecting on the past decade, it’s actually pretty appropriate that I got sober a couple of days before Lammas, the celebration of the First Harvest, because when you think about it, I really did off John Barleycorn to ensure my own survival. Which was an uncharacteristically good decision on my part. Even if Dionysos and Apollo did most of the heavy lifting, I am comfortable acknowledging that I was the one who finally accepted this truth:

We hit bottom when we stop digging.

Ten years ago, I stopped digging and started climbing. And now I continue to grow alongside Dionysos, and I continue to reach towards Apollo. I listen for John Barleycorn without listening to him.

And if I keep doing what I’m doing, and I remain teachable, I’ll be able to revisit this topic in 364 days. At which time I hope to opine that eleven years sober is probably a bigger deal than I’m making it out to be. 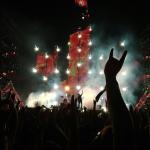 July 23, 2022
And Then Devin Hunter Called Me a Sell-Out, Which Means I Have ARRIVED
Next Post 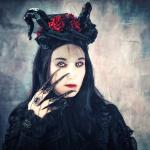