The President Makes an Inappropriate Oral Sex Joke about the First Lady? 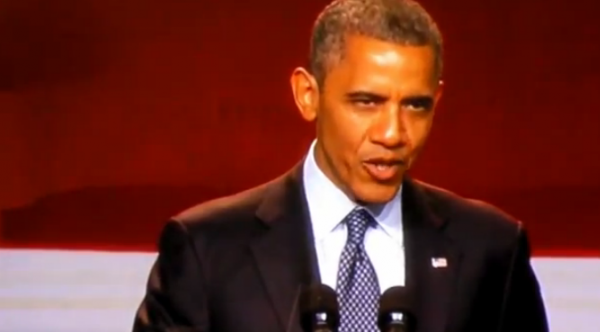 Does this moment seem unintentional to you?  The President was delivering a scripted speech at a Beverly Hills fundraiser for the Lesbian Gay Bisexual and Transgender Leadership Council when he said this:

After President Clinton’s tenure, I’ve heard enough about Presidents and oral sex.  However, the biggest issue is not whether this was an intentional double entendree or an accidental gaffe.  The real issue is that we really don’t want our President to be speaking to the Lesbian Gay Bisexual and Transgender Leadership Council.

June 8, 2012
Are Women Fallen? Answering a Theological Question About Marriage
Next Post

June 11, 2012 Happy Father's Day, To All You Chillin' Dads
Recent Comments
0 | Leave a Comment
Browse Our Archives
Follow Us!