Whenever a conservative takes a stand, the culture accuses that person of being hypocrite.  This is the case with Kim Davis, the now-imprisoned county clerk from Eastern Kentucky who refused to sign same sex marriage licenses (for couples who could get those licenses signed down the road).  The media relished the fact that she’s been divorced three times and had children without the benefit of marriage.  When she became a Christian more recently, she decided to take God’s law more seriously.

Here are a few things to consider regarding the ever-constant hypocrisy accusation:

Imagine this scenario. A man drinks to excess every day and smokes crystal meth.  Then, he has an epiphany and changes, turning from his old life and starting anew.  Instead of drinking and smoking, he tries exercise and eating more healthfully.  In his free time, he warns others to stay away from drugs and drink.

Does the culture collectively yell “hypocrite!” No.  Most appreciate that he had the ability to turn his life around and praise him.

When the sin deals with sex, everything changes.  It doesn’t make sense.

2.  It reveals that the farce of “slut shaming.”

We live in a culture which preaches against “slut-shaming” and says everything goes sexually.  You can be lesbian, gay, bisexual, transgender, transsexual, queer, questioning, intersex, asexual, ally, or even pansexual without raising an eyebrow.  If you do raise an eyebrow, you are a bigot.  But not in Kim’s case.

“Well, who is she to talk,” people say on Facebook, Twitter, and other forms of social media about the Kentucky clerk.  “You heard that she had affairs, didn’t you?”

Suddenly, our culture is a bunch of Puritans – aghast at the woman’s sexual standards.

3.  It buys into wrong definition of hypocrisy. It isn’t hypocritical to fail to live up to your own moral standards.  If you have ever lied in your life, don’t you still have the moral freedom and even responsibility to teach your children that lying is wrong?

The Gospel Coalition has a good definition of hypocrisy that might shed light on the subject: “The hypocrite is not the Christian who struggles against sin, fights against temptation, and keeps doing what is right even on his worst feeling days. That’s a hero. The hypocrite is the Christian who uses the veneer of public virtue to cover the rot of private vice. He’s the man living a double life, the woman fooling her friends because she has church clothes, the student who proudly answers the questions in Sunday school and just as proudly romps through immorality the rest of the week. The sin of hypocrisy is not that we are more messed up than we seem. That’s true for all of us.”

So here we are, shocked – shocked, I tell ya! – that Kim Davis hasn’t lived up to God’s standards.  Some lament, “I’d be fine if the only people who advocated for traditional marriage weren’t hypocrites.”

Well, here’s a newsflash.  There’s only been one person on this earth who lived up to the standards of holiness… and the world hated him too. 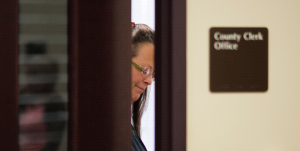 September 4, 2015 Why Didn't Kim Davis Comply? Shouldn't We Care about the Rule of Law?
Recent Comments
405 Comments | Leave a Comment
"and what makes this even better is that the two girls are sisters http://www.huffingtonpost.c..."
d Black activists cried "racism" over this ..."
"It's heart wrenching to hear about this. Our country is getting more vile and depraved ..."
BlackSun Syndicate Target proudly welcomes men to use ..."
"a wolf dressed as a sheep is still a wolf - if u have a ..."
Aussie In Austin Target proudly welcomes men to use ..."
"I am picturing a little turd in pajamas sipping coffee."
Cantbelieveyouthinkthis Los Angeles Craigslist ad somehow captures ..."
Browse Our Archives
Related posts from The French Revolution 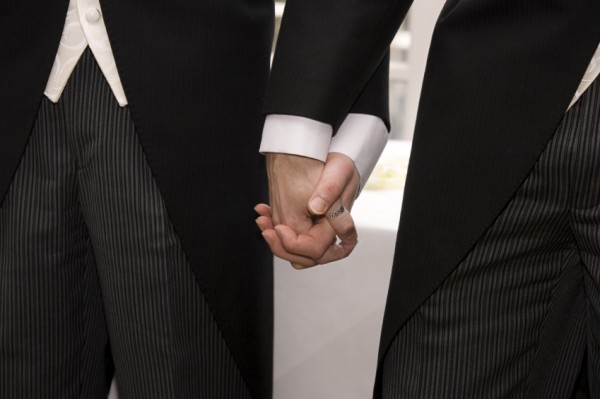