In a short exchange with NBC host Savannah Guthrie, Donald Trump didn’t let a single comment slide — and good for him.

During an interview with the Today show, Guthrie questioned Trump on his decision to openly discuss Bill Clinton’s colorful past with women. It was soon obvious Guthrie wasn’t equipped to take on Trump:

“You mention Monica Lewinsky,” Guthrie asked. “Are you saying an alleged extra-marital affair, that of course he has now admitted, is that fair game?”

“Is it alleged? I don’t think that’s alleged,” Trump responded.

“If he’s admitted it, you don’t have to use the word alleged,” said Trump.

It’s not very often we see hosts flustered by their guests.

WaPo: Trump is Right – Bill’s Affairs are Fair Game to Discuss during the Presidential Election

Props to Trump for not letting Guthrie off on the “alleged” comment (as the affair obviously was not).   I know that Trump isn’t everyone’s cup of tea for obvious reasons.  But his undeniable appeal is saying that others aren’t willing to say.

Order my next books on Amazon: 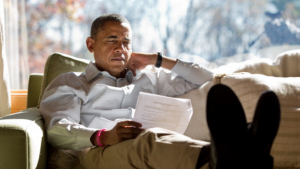 December 31, 2015 The Four Books Obama Took on Vacation to Hawaii
Browse Our Archives
Follow Us!