The wise grieve not

God doesn’t lose people. When someone dies, we say we’ve lost them, but God doesn’t lose anyone. Whether we’re in this body or not, God knows exactly where each of us is.

In the second chapter of the Bhagavad Gita, Krishna tells Arjuna,

“The wise grieve neither for the living nor for the dead. There has never been a time when you and I and the kings gathered here have not existed, nor will there be a time when we will cease to exist. As the same person inhabits the body through childhood, youth, and old age, so too at the time of death he attains another body. The wise are not deluded by these changes.”

A few verses later, he goes on to say, 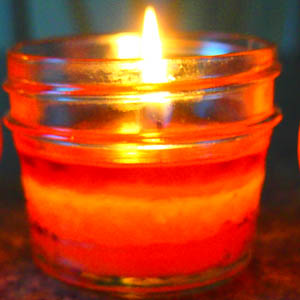 Does this business about the wise not grieving mean that we should be cold and unemotional? No. I’ve lost grandparents, aunts, classmates, friends, a sensei. Not one of those deaths inspired me to shrug stoically and mumble platitudes.

I fully believe in the immortality of the soul, but that doesn’t change the fact that the form the person had assumed in this lifetime is gone and we won’t get that form back. Twenty years after losing my grandmother, I still wish she was here – even though my mom has a theory that she incarnated as someone we know, and even though that person reminds us strongly of her. That teenager isn’t Grandma.

We will grieve, but we can try not to let our emotions overwhelm the dying. Picture every movie scene ever in which a main character dies. Inevitably someone clings to them, begging them not to leave. Imagine the burden this places on the deceased – their body is broken and uninhabitable, but instead of their soul moving on, they’re being begged to stay. At this important moment in their journey, they’re being asked to think of the people left behind, to worry about their well-being. The person can’t help us at this time, so we can try to help them, whether by praying with them, singing to them, reciting a favorite scripture or mantra, or just letting them know it’s okay to move on.

I’ve known people who don’t want to let go of grief because they don’t want to betray a loved one. A woman who lost a baby several years told me that she felt guilty. Last year she was able to function for the first time on her baby’s birthday rather than falling into a depression and spending the day in bed like she had on previous years. All the years she completely fell apart on her baby’s birthday, she felt it proved she loved him, but when she was finally able to spend that day fully-dressed at a social gathering with her other children, she felt like she was letting him down. Letting go of her grief felt like letting go of her son. Healing doesn’t betray our dead. No one who loves us wants us to suffer for years on end whenever we think of them.

What should we do instead of clinging? Swami Sivananda, in his fascinating book What Becomes of the Soul After Death, recommends prayer and kirtan (singing spiritual songs). He says,

“Prayer or kirtan is a mighty force which helps the departed souls in their progress towards heaven and their quiet passage through the intermediate state.

The departed souls remain in a state of swoon or unconsciousness immediately after death. They cannot feel that they are detached from their previous gross material bodies. Prayers, kirtan and good thoughts from the relatives and friends can give real solace to the departed souls. They create a potent vibration and an awakening in their stupefied condition of mind and bring back their veiled consciousness.”

“If ten or twelve persons sit together and do kirtan and prayer, it will be decidedly more powerful and effective. Collective prayer and kirtan exercise a tremendous influence.”

I can attest that kirtan, even if you can’t gather a group, can be therapeutic. Even if it’s just me and my iPod, devotional singing can have a profound healing effect. Other music can, as well, as long as we don’t torment ourselves listening to sad songs.

Some deaths have hit me harder than others. When someone is sick for a long time, their eventual death can be a relief. They’re no longer suffering. But when someone dies suddenly and unexpectedly, we are in shock, disbelief, and haven’t had a chance to say goodbye. Sometimes the relationship is unresolved. In this case, we can light a candle and some incense, sit quietly, perhaps with a picture of the person, and simply feel our emotions. The more we do this, the more we’re able to let go of those emotions and release the person. Apologize if you owe apologies or offer forgiveness if you’re able. If you’re angry or hurting, simply sit. The hardest thing to let go of is fantasies of what might have been.

Sometimes people wonder how God can “let people die.” Death isn’t a tragedy to God, the same way it isn’t tragic that we get a new car when the old no longer runs or buy new clothes when the old are threadbare. Insisting that no one die is like insisting we all sit in our old rust bucket cars in raggedy clothes. A new birth is a grace. Bodies wear out just like all material things do. Souls never wear out. Wherever our loved ones go, we can trust that God hasn’t lost them. Sometimes we lose people, but God doesn’t lose anyone.

October 10, 2014
Karma in the context of Reincarnation
Next Post