There are lots of reasons I like superheroes. But, if you had to pin me down, I would say the main reason is… 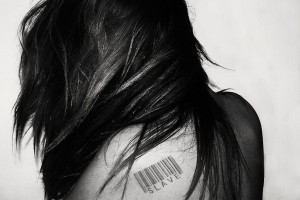 I have a burning sense of justice, especially when the weak, the defenseless, and the downtrodden are brutalized.

It’s time we start using that power for good, just like we learn from comic books.

What are The Justice Rogues? Well, that will be evolving as time goes on. But, the basic idea is we will fight human trafficking around the world. Each Wednesday, in honor of comic book day, I’ll be highlighting a different organization that fights human trafficking. If it’s in the states, I’ll be giving a link so, if its in your state, you can participate. If it’s International, I’ll do the same.

The goals for this will be as follows:

1) Raise awarness for the global human trafficking fight among the Geek community;

2) Encourage participation in the *Modern (lower case the M) day abolition movement in the Geek Community;

3) Fight human trafficking through gathering the power of the Geek community around the world by legal means.

So, to this end, I’ll begin with my home state of Ohio.

Allow me to present the real heroes of Central Ohio Rescue and Restore.

The Central Ohio Rescue and Restore Coalition is the 21st of its kind to be established in the United States under the guidance of the U.S. Department of Health and Human Services to assist victims of human trafficking; rescuing victims through increased public and law enforcement awareness and restoring lives through social service support.

Since its inception in July 2007, the coalition has grown to include over 90 members, comprised of both concerned citizens and those who represent social services, faith-based, medical and law enforcement organizations.  The Coalition’s work is focused in five area committees:

Each committee meets monthly separate from the general body and works cooperatively towards the strategic goals identified by the Coalition as a whole.  This allows for members to choose the area they would most like to focus in and gives way to many volunteer opportunities.

Our mission is to end human trafficking through public awareness, service to trafficked persons, advocacy, demand reduction, and resource and training support to law enforcement.

So, Ohio Geeks, help out the Central Ohio Coalition. Find out how you can get involved. Be a Justice Rogue. Tell them that the Geek Goes Rogue sent you.

P.S.- Any graphic artists out there who would be willing to make a crazy, awesome logo for The Justice Rogues? I can’t pay you anything, but the satisfaction of using your artwork to fight injustice.

February 21, 2013 Why the next C.S. Lewis MUST be a Geek.
Recent Comments
0 | Leave a Comment
Browse Our Archives
get the latest from
Entertainment
Sign up for our newsletter
POPULAR AT PATHEOS Entertainment
1