Musings on the Future of the Catholic Imagination Conference

It’s been one year since I was confirmed in the Catholic Church with a bunch of junior high school kids. That glorious day brought to completion a long journey that began in my intense love for novels. While it’s true that my time with atheists at Ohio State had a significant impact on my faith journey, it was not the spark that ignited the inferno. Rather, my journey to Rome began in my own imagination when I realized that all my favorite fiction writers were either Catholic (Percy, O’Connor, and Tolkien) or high church Anglicans (Lewis, Williams).

Really, a Protestant can’t be too careful about their fiction reading (with apologies to Jack Lewis for stealing and modifying one of his best lines). I’m firmly convinced that a redeemed imagination can only be grounded in a sacramental theology that views the whole world as created and spiritual at the same time. As Walker Percy once said, “In a very real way, one can say that the Incarnation not only brought salvation to mankind but gave birth to the novel.  Judeo-Christianity is about pilgrims who have something wrong with them and are embarked on a search to find a way out.  That is also what novels are about.”

Not only do I read novels, I write them. This makes me a fully fledged (and without shame) Catholic novelist standing in a long and intimidating tradition of my literary heroes. I’ve just started to contemplate the meaning of this identity and what it could mean for my own writing. There are numerous questions and angles involved in this discussion that would take many blog posts to cover all of them. More on that later.

Imagine my delight and surprise when my awesome day job (Editor at Ave Maria Press) sent me to the Future of the Catholic Imagination conference at USC sponsored by the Institute For Advanced Catholic Studies. While Ave doesn’t do fiction at this point, they are interested in being a part of the conversation, as it’s a huge part of our one hundred and fifty year history.

What was the conference like? Imagine, if you will, writers, scholars, editors, and poets gathered in one place to discuss all things literary. It was complete heaven for me (not to mention the weather). Some of the high lights for me included:

-The delightful Julia Alvarez and her beautiful poetry.

-Laughing at the wicked sense of humor of Gregory Wolfe, founder of Image Journal.

However, the conference had two huge flaws pointed out a few times during the weekend by various people. First, there were NO genre writers represented in either the panels or plenary speakers. I find this admission a serious oversight. When we talk about the Catholic imagination, the names Gene Wolfe, Dean Koontz, Tim Powers, or any of the countless Catholic mystery writers should spring to our mind. Indeed, many times during the conference, we heard the litany of O’Connor, Percy, Greene and Waugh so many times I thought it would be included in the nightly Mass. While I love all those authors and their influence on me, I couldn’t believe that NO one mentioned Gene Wolfe.

Wolfe is often called one of our greatest living American writers in ANY genre, let alone Science Fiction or Fantasy. He’s a titanic talent that is still producing and writing at the age of ninety three. I found it curious that no one included him on any list or discussion. There is no question he deserves to be listed with the legends of Catholic writing.

The second and maybe more interesting omission is that no one (that I heard anyway) really reflected on the definition of what the Catholic imagination actually is or offer suggestions on what it might look like. On one hand, this might not seem needed, as all of us there are committed to the idea. However, I take the line of Joshua Hren, literary scholar and founder of Wiseblood Books when he said, “we need precise definitions so we can have precise discussions”. Indeed, vagueness doesn’t really help anyone. While it must be admitted that room must be left for mystery, I believe you can’t have true, serious thought about the unknown without concrete reality.

This is especially true in light of Catholic sacramental theology where the concrete flesh and blood of Our Lord points to deep mysteries that most of us have yet to fathom. In my mind, that is where any discussion of a Catholic imagination must begin.

To me, these two glaring oversights took away from an otherwise amazing conference. Still, I can’t help being thankful the Institute began this important discussion. It really stimulated my own thinking and what I would like think about for a long time. Maybe that is what a good conference should do and if so, this one stuck the landing in spectacular fashion.

So, to that end, my part of The Rogue will be dedicated to discussing the Catholic Imagination for the next few months. I’m going to be asking all the people on the conference to pitch in, give their opinions, and discuss the topic on my blog. I’m hoping it will continue the conversation that we started at the conference.

Stay tuned for more and join in the conversation. 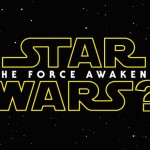 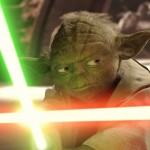