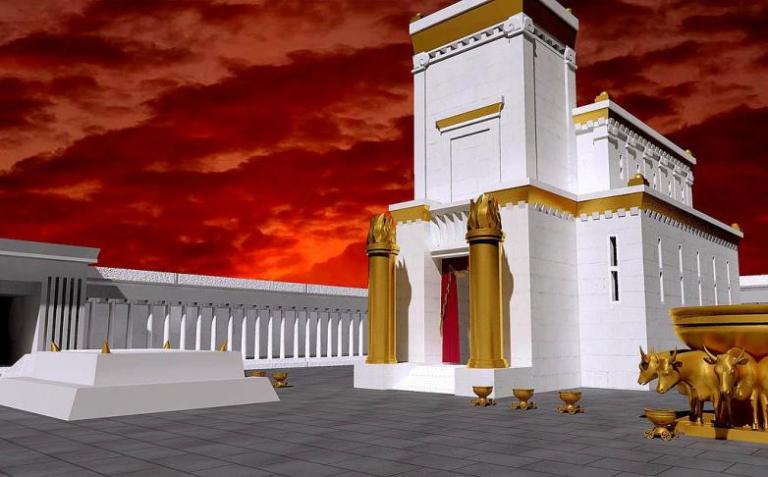 President Trump’s announcement that he will move the U.S. Embassy from Tel Aviv to Jerusalem has outraged America’s allies and ignited violent protests throughout the Islamic world.  But Jewish radicals, along with End Times-oriented Christians, are hailing the decision as a fulfillment of Biblical prophecy that opens the way to building the third Temple!

Background:  Jerusalem is the capital of Israel, like Washington, D.C., is the capital of the United States.  Previously, though, Israel occupied only a small portion of the city and had its capital in Tel Aviv.  But Israel captured all of Jerusalem in 1967 in the Six Day War, whereupon it was declared the capital.  But foreign governments have not recognized Jerusalem as the capital, considering its legal status in light of Palestinian ownership and UN rulings problematic, and so have kept their embassies in Tel Aviv.  (Foreign nations typically have “consulates” in Jerusalem, reporting directly to their governments, rather than to the ambassador as normal consulates do, making them de facto embassies.)

Jerusalem is also a holy city in Islam, the site where Muhammed is said to have been taken up to Heaven temporarily.  Its third holiest mosque occupies the Temple Mount.  The city is claimed by the Palestinians, who occupied it before Israel won it by conquest.  The Islamic world bitterly resents its occupation by Israel and utterly rejects its designation as Israel’s capital.

Now President Trump has declared that he will recognize Jerusalem as Israel’s capital by moving the American embassy.

Turkish President Erdogan’s spokesman said that the action crosses a “red line” and  will start a “fire with no end in sight.”  Another Turkish official said that it was like pulling the pin from a grenade.   Erdogan summoned a meeting of Muslim nations to meet tomorrow  to plan a response.  (That may include sanctions on Israel and the United States and declaring Jerusalem the capital of Palestine.)  A Palestinian leader said that the U.S. can no longer assume its role as a mediator in Mideast peace talks. “There is no way that there can be talks with the Americans,” he said. “The peace process is finished.”

Sure enough, violent protests have erupted throughout the Islamic world, from the Middle East, where Palestinians are clashing with Israeli troops, to Indonesia, the world’s largest Muslim nation.  At least two deaths have been reported so far, with hundreds of injuries.

Just as conflict between the Sunni and Shi’ite factions of Islam has been intensifying, President Trump’s decision may have the effect of uniting the Islamic world.

So why did President Trump take this action?  First of all, it was a campaign promise.  That is arguably reason enough, though one might question the initial promise.  Also, it fulfills U.S. law.  In 1995, President Clinton signed a bill into law requiring that the U.S. move the embassy to Jerusalem, unless the president signs a waiver every six months postponing the move due to national security.  American presidents have been signing that waiver ever since.  President Trump is declining to do so.

But there is another dimension to the recognition of Jerusalem as Israel’s capital:  Christians who focus on Bible prophecies of the End Times believe that the modern state of Israel is a precursor of Christ’s Second Coming.  Before that happens, a third Temple must be built, and the Old Testament sacrifices restored.  (For the reasoning and the Bible texts, go here.)

And not just Christians but some radical Jews want to rebuild the Temple, thus restoring Israel to its Old Testament identity.  Recognition of Jerusalem as the capital of Israel from gentile nations is thought to be a step towards that end.  From TRUMP’S JERUSALEM DECLARATION SPARKS TALK OF 3RD TEMPLE:

Yakov Hayman, the United Temple Movement chairman, also saw Trump’s statement as part of a major shift in modern history for Israel and the Jewish people.  He said, “1917 was the Balfour Declaration establishing Israel for the nations, 2017 was Trump’s declaration.”

“When Jews and non-Jews go up en masse, the Temple is inevitable,” Hayman added. “The people of Israel are returning to their roots while simultaneously the non-Jews of the world are realizing the authenticity of our claim to the Temple Mount and our right to build a Jewish Temple as a House of Prayer for All Nations. These processes are codependent. It depends on the Jews, our actions, but the non-Jews are an essential part of the process. Our task is to act as priests to make the whole world holy,” Hayman said, citing verse 19:6 in the Book of Exodus: “And ye shall be unto me a kingdom of priests, and an holy nation”. . . .  “That will only happen in a Temple in Jerusalem.”. . . .

“There is something very special and holy in Trump,” added Hayman. “Sometimes, he appears coarse and not connected to religion, but every time he addresses the nation he speaks about God. Last night, he said his motivation for recognizing was Jerusalem was because it was the right thing to do. That is precisely how a leader guided by God should speak.”

Questions, of course, remain.  More orthodox Christians would dispute the interpretations of the Bible that try to turn it into a symbolic code for current events and that consider the modern state of Israel to be equivalent of the Old Testament Israelites.  For a thorough critique of millennialism, Christian Zionism, and other End Times theology, go here.  For more on how these groups see President Trump in Bible prophecy, go here.)

And if it is not the capital, as Muslims insist, why does the location of the U.S. embassy matter so much?

I understand that Muslims have a hair-trigger sensitivity to what they perceive as acts of “dishonor” to their religion.  Was it worthwhile to take an action that has caused such an international furor and is getting people killed?

Even if President Trump’s decision may have been justifiable, was it prudent?  Was it “holy”? 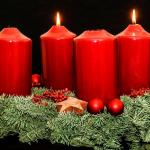 Evangelical
Should We Change America's Name? What Else Should...
Cranach
TRENDING AT PATHEOS Evangelical