The Doctrine of Original Sin as an Essential American Conviction 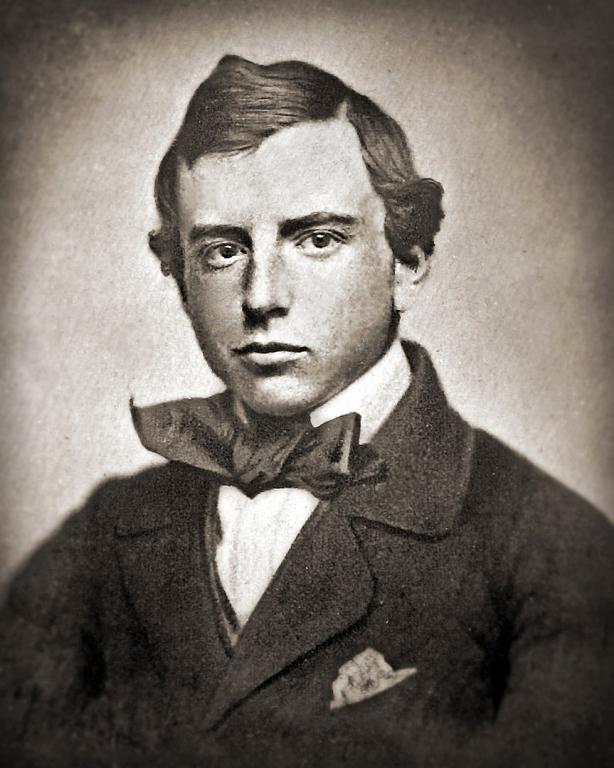 When we think of the convictions that have been at the essence of the American character, what comes to mind are ideals such as  liberty, individualism, equality, inalienable rights, and democracy.   I propose another, one upon which the others depend:  belief in the doctrine of original sin.

This came to mind while I was reading How America’s Adams Family Inherited And Preserved The Pilgrim Mind by University of Dallas history professor Susan Hanssen.  The article is part of the Federalist‘s 1620 Project that we blogged about, which argues contra the New York Times that the Mayflower Pilgrims, not the first Virginia slave ship, are the best exemplars of the American experiment.

Among the characteristics of those religious dissidents who settled at Plymouth was a strong belief in original sin–that is, a sense that evil is innate, pervasive, internal, and systemic, that human beings have a tendency to aggrandize themselves and to harm each other.  This conviction was passed on into American culture.  “Americans were first and foremost Pilgrims at heart,” says Prof. Hanssen, “deeply imbued with a Lutheran conviction of the total depravity of man and the impossibility of building here any heavenly city” [emphasis mine].

I know this is counter-intuitive.  The secularist philosopher Hobbes used a similar pessimism about human nature to argue for authoritarian governments to keep the public in line.  But he neglected to consider the depravity of the authoritarians he would put into power.

Because human beings have a tendency to abuse their power, so reasoned the Pilgrims and their heirs, power must be widely distributed and thus watered down.  Government must be strong enough to keep external evil in check and to mitigate its effects whenever possible, but that government must also be limited.  Government power must be checked and balanced.  Government itself, with all of its officials, must be brought under and controlled by the rule of law.

But aren’t Americans all about liberty and the freedom to do as they please?  Yes, but that does not conflict with belief in original sin.  The Bill of Rights in the Constitution guarantees the right to keep and bear arms not for hunting, but because in this fallen world we may need to defend ourselves against people who want to harm us.  We are guaranteed freedom of speech and of the press because there are those who may want to shut us up.  We are guaranteed freedom of religion because there are those who may seek to punish us for our faith.

The Pilgrims knew that sin is what restricts freedom.  As Jesus said, “everyone who practices sin is a slave to sin” (John 8:34).  Sin makes us slaves.  In a climate of violence, crime, and threats, no one is free.  Nor are we free when we give in to our passions and fail to control them, whether untrammeled desires for sex or drugs or other people’s property, or for destructive emotions such as anger or hate.

What we need is self-government.  This was not at first a political term but a moral term:  the ability to govern oneself;  that is, to control one’s behavior.  This comes, in a limited way, through external disciplines and character-forming education.  But, ultimately, it comes from the inner transformation of the Gospel.  After Jesus explains how sin makes us a slave, he explains how to be free:   “If the Son sets you free, you will be free indeed” (John 8:36).  Moral self-government would, in turn, lead to political self-government.

Prof. Hanssen shows how John Adams, as one of the key Founders of our nation and the second President of the United States, consistently warned about the sinful proclivities both of tyrants and of the ones who would overthrow them.  “My opinion is, and always has been,” he wrote, “that absolute power intoxicates alike despots, monarchs, aristocrats, and democrats, and Jacobins, and sans-culottes.”  She refers to his continual debates with the more utopian Thomas Jefferson and quotes Adams’ famous words:

We have no Government armed with Power capable of contending with human Passions unbridled by morality and Religion. Avarice, Ambition, Revenge or Gallantry, would break the strongest Cords of our Constitution as a Whale goes through a Net. Our Constitution was made only for a moral and religious People. It is wholly inadequate to the government of any other.

John Adams’ son, John Quincy Adams, would become the sixth president of the United States.  He shows another corollary of the belief in original sin:  the impulse to reform.  One might think that believing in original sin could cause complacency and a sense of futility, that nothing can be done about the evils in the world.  But truly recognizing sin means the continual desire to battle it; otherwise, you might not really consider it sinful.  John Quincy continually battled the “Slave Power,” going so far as to serve in the House of Representatives after his presidency so that he could continue to battle the institution of slavery.
John Quincy’s son Charles Francis Adams is less known, but he too was an anti-slavery reformer.  Frustrated at the Democratic Party’s support of slavery and the Whig Party’s willingness to compromise on the issue, Charles Francis became one of the founders of the Free Soil Party, which would soon develop into the Republican Party.  Lincoln made him Ambassador to Great Britain, where he successfully worked to keep that cotton-dependent nation from intervening on the Confederate side.
His son, in turn, was the author Henry Adams. His belief in original sin, which continued even as his belief in Christianity faded, manifested itself in a profound cynicism that extended to himself, to his family, and to America.  In his classic memoir, The Education of Henry Adams, the scion of one of America’s most accomplished families included an essay “The Dynamo and the Virgin.”  Americans, he said, worship machines.  He was specifically thinking of the “dynamo” exhibited at the 1900 World’s Fair, which generated electricity.  (If he could see us now!)  As an icon expressive of our highest values, though, the dynamo falls far short of the icons of the Virgin Mary that he had seen in Europe.  Mary represents true human values, and she and the culture she embodies deserves more veneration than does the inhumane industrial technology of our machine age.  Ultimately, Henry’s cynicism was directed against progressivism, tying in well to his great-grandfather’s warnings against utopianism.
Interestingly, belief in original sin persevered among Americans even when they began to reject Christianity.  The Adams family drifted into a conservative Unitarianism.  And some of America’s greatest authors–such as Nathaniel Hawthorne, Herman Melville, and Mark Twain–would abandon any kind of orthodox Christianity, or, indeed, all religion altogether.  But they tended to keep the Christian skepticism grounded in a belief of universal sin.  Indeed, many atheists believe in original sin so much that they even accuse God of being sinful!  But belief in original sin–which Chesterton described as the one Christian dogma that can be empirically proven–persists.
To believe in sin without believing in God’s grace–the companion teaching for Pilgrims, Puritans, Lutherans, and all Christians–creates problems too, which can also be found in the American character.  Americans can be moralistic, but while this can lead to the impulse for continually trying to improve society, it can also lead to hypocrisy and being judgmental.   In this sense, today’s social media scolds are being distinctly American.  And yet, seeing sin everywhere, but no grace, can lead a person to a paralyzing cynicism and, ultimately, to despair.
The full legacy of the Pilgrims, however, recognizes not only human sin but also God’s grace in Christ.  Yes, the world is sinful, but God so loved the world–anyway–that He gave His only-begotten Son to redeem it (John 3:16). This makes possible a balanced sensibility that embraces the full spectrum of life–the bad, but also the good; the law but also the gospel–making possible a complex reaction to this world, embracing it without making it ultimate, making space for both skepticism and hope, darkness and light.
America has also preserved that legacy.
Photo:  Henry Adams by George Kendall Warren – Harvard Art Museum/Fogg Museum, On deposit from the Carpenter Center for the Visual Arts, Gift of Arthur S. Eldredge, 2.2002.2052http://www.harvardartmuseums.org/art/157366, Public Domain, https://commons.wikimedia.org/w/index.php?curid=11390299
Previous Post

November 30, 2020
The Scientist Who Calculates the End of America
Next Post