10 Shocking Facts About The Mormon Church 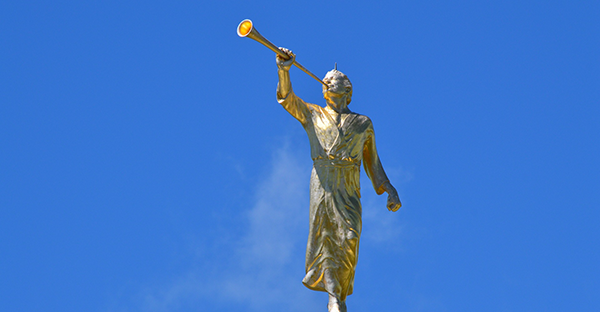 Mormons are great people. At least, the ones I’ve met are, with very few exceptions. As you might recall, I worked for a prominent Mormon businessman at one point in time, and I got to know some of his family and many of his fellow church members.

They were all, for the most part, perfectly lovely people. Not only did they seem to have huge hearts, but they were also givers, and they left their faith at the door. I never felt as though they were pushing it on me, despite my working alongside them day in and day out for nearly a year.

It’s my deep respect for many Mormons I’ve gotten to know over the years that makes me wonder if they truly understand their own religion. Would good people like this remain committed to an organization like the LDS church if they knew some of the shocking facts I know?

I’d like to hope some of these facts, at the very least, would be cause for concern.

Here are 10 shocking facts about the Mormon church:

1. The founder had up to 48 wives – while the exact number of women who married the prophet Joseph Smith is in dispute, the only people who deny he practised plural marriage are those devoted to the image of the LDS church. The church keeps sealing records, however, that suggest Smith was “sealed” to a multitude of women.

The religious literature handed out by the earnest young missionaries in Temple Square makes no mention of the fact that Joseph Smith–still the religion’s focal personage– married at least thirty-three women and probably as many as forty-eight. Nor does it mention that the youngest of these wives was just fourteen years old when Joseph explained to her that God had commanded that she marry him or face eternal damnation.
― Jon Krakauer, Under the Banner of Heaven: A Story of Violent Faith

2. Prior to using seer stones to translate the Book of Mormon from golden tablets, Joseph Smith was arrested for swindling people out of their money with those same seer stones. In 1826, Smith was charged with being a disorderly person in the state of New York. From Fraser’s Magazine, a description of the court proceedings (Wikipedia) :

[Smith said] he had a certain stone which he had occasionally looked at to determine where hidden treasures in the bowels of the earth were; that he professed to tell in this manner where gold mines were a distance under ground, and had looked for Mr. Stowel several times, and had informed him where he could find these treasures, and Mr. Stowel had been engaged in digging for them. That at Palmyra he pretended to tell by looking at this stone where coined money was buried in Pennsylvania, and while at Palmyra had frequently ascertained in that way where lost property was of various kinds; that he had occasionally been in the habit of looking through this stone to find lost property for three years, but of late had pretty much given it up on account of its injuring his health, especially his eyes, making them sore; that he did not solicit business of this kind, and had always rather declined having anything to do with this business. … And therefore the Court find the Defendant guilty.

3. Joseph Smith’s successor, Brigham Young, had 55 wives. Sealing records show that Young was indeed sealed to 54 women after he became a Latter Day Saint and legal records show marriage to one woman prior. That’s right, the namesake of one of America’s most recognizable post-secondary institutions collected wives faster than I collect hate mail.

4. The Book of Mormon states that God cursed people of colour. Oh, but it gets even crazier. Here’s the gist. Long before the Europeans arrived in the Americas, the Book suggests, there was a group of people living there called the Nephites. They were descendants of Nephi, who was the son of a prophet who had come to the Americas from Jerusalem. The Nephi were people who believed in Christ, even before he was born. Essentially, the group splintered off into two, one of which chose not to live as God commanded. The Lamanites defied God’s rule, and as a result, God cursed them with darkened skin. In anger, they destroyed all the remaining Nephites, so that when the Europeans finally did arrive on the shores of the Americas, they found only dark-skinned inhabitants. To clarify: it is written, in the Book of Mormon, that indigenous Americans are “cursed” with darker skin and are ultimately the descendants of evil, God-defying peoples who slaughtered good, Christ-fearing white folk. I honestly wish I was making this up.

5. The Mormons were once at war with the US. In the early years of the LDS church, the Saints were forced to hop from place to place and in each new town they settled, they faced extreme prejudice from the other, non-LDS residents. Of course, the Saints were not exactly saints, if you get what I’m saying. In each new town they settled in, they would ultimately take over. Their numbers were large and they were loyal to each other and so they had a tendency to change the economics and politics of the places in which they would settle. People who had been living there before the Saints came along would feel threatened and it led to tensions between the two groups. The Saints engaged in a war in Jackson, Missouri and fled to Illinois, where their prophet, Joseph Smith would be killed as a result of tension with non-Saints there. Eventually, his successor, Brigham Young, would lead the Mormons to the Salt Lake area of Utah, where they would settle on their own and face a struggle with the US government. The US wanted to control this new territory, politically and culturally, while the LDS church wanted Utah to reflect the values and politics of their Mormon beliefs. This war, called the Utah War, culminated in the Mountain Meadows Massacre.

6. Brigham Young was the leader of the Mormon church when the Saints massacred close to 140 migrants from Arkansas in 1857. Known as the Mountain Meadows Massacre, a wagon train from Arkansas defended themselves from a series of attacks by the Saints. Tensions were at a boiling point after the assassination of Mormon apostle, Parley P. Pratt in Arkansas as well as the fall out from the Utah War. The Mormons ended up killing around 140 people in that wagon train. Two years after the massacre, members of the US army arrived under orders to bury the remains of those massacred. When that was complete, they erected a monument over the burial site. A large pile of stone and a cross built of cedar were left to mark the grave site. In 1861, Brigham Young, whose name is on a prominent American University to this day, ordered the dismantling of the memorial after touring the site.

7. Mormons believe the Garden of Eden was in the US. That’s right, somewhere in Jackson County, Missouri, a snake talked Eve into defying God’s commands. Later, Adam and Eve were exiled to Daviess County, Missouri. From the LDS website:

Brigham Young stated, “Joseph the Prophet told me that the garden of Eden was in Jackson Missouri.” Heber C. Kimball said: “From the Lord, Joseph learned that Adam had dwelt on the land of America, and that the Garden of Eden was located where Jackson County now is.” Other early leaders have given the same information.

8. Brigham Young believed God and Adam are one and the same. Known as the Adam-God theory, believers assert that Adam is “our Father and our God, and the only God with whom we have to do.” According to records, it was Joseph Smith who said this first, and Brigham Young adhered to it. Today, the LDS church rejects this view because it’s easier to rewrite your core beliefs than it is to scrutinize them.

9. Joseph Smith’s Youngest wife was 14, Brigham Young’s just 15. Smith sealed his union to 14-year-old Helen Mar Kimball in May of 1843. Also in 1843, Smith took on Nancy Mariah Winchester as one of his wives when she was just 14. Fanny Alger was just 16, as was Flora Ann Woodworth. Sarah Lawrence and Lucy Walker were only 17 when they became wives of the prophet. When Brigham Young was 42, he married Clarissa Caroline Decker who was 15 years old at the time. He also had a handful of 16-, 17- and 18-year-old wives, all of whom he married in his forties.

10. Mormonism is growing. Fast. Although growth has slowed over the last few years, the LDS church continues to see an increase in membership each year. The Saints are often considered one of the most rapidly growing religions in the world.

The final fact in my list suggests to me that many still don’t understand the profoundly troubling roots of this church. It inspired me to write this post and I hope it inspires you to share it and keep talking about it. 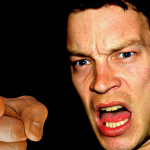 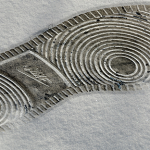 June 19, 2019 Wheat Kings and Pretty Things #Innocents
Recent Comments
88 Comments | Leave a Comment
"If you don't fear death, then atheism is working for you. When three medical specialists ..."
bill wald 10 New Questions I’ve Never Been ..."
"The Nigerian-American Community and the Embassy in the US would then pressure the Nigerian Government ..."
Christian Death For Atheism: How Do We ..."
"My point is that your "arguments" have been refuted thousands of times already.If you want ..."
TheMarsCydonia Are These 7 Arguments For A ..."
"Looking through the cast of The Odyssey I was looking up what had happened to ..."
lone wrecche How To Say Goodbye
Browse Our Archives
get the latest from
Nonreligious
Sign up for our newsletter
POPULAR AT PATHEOS Nonreligious
1

“First Moments in Heaven” — When...
Godzooks: The Faith in Facts Blog